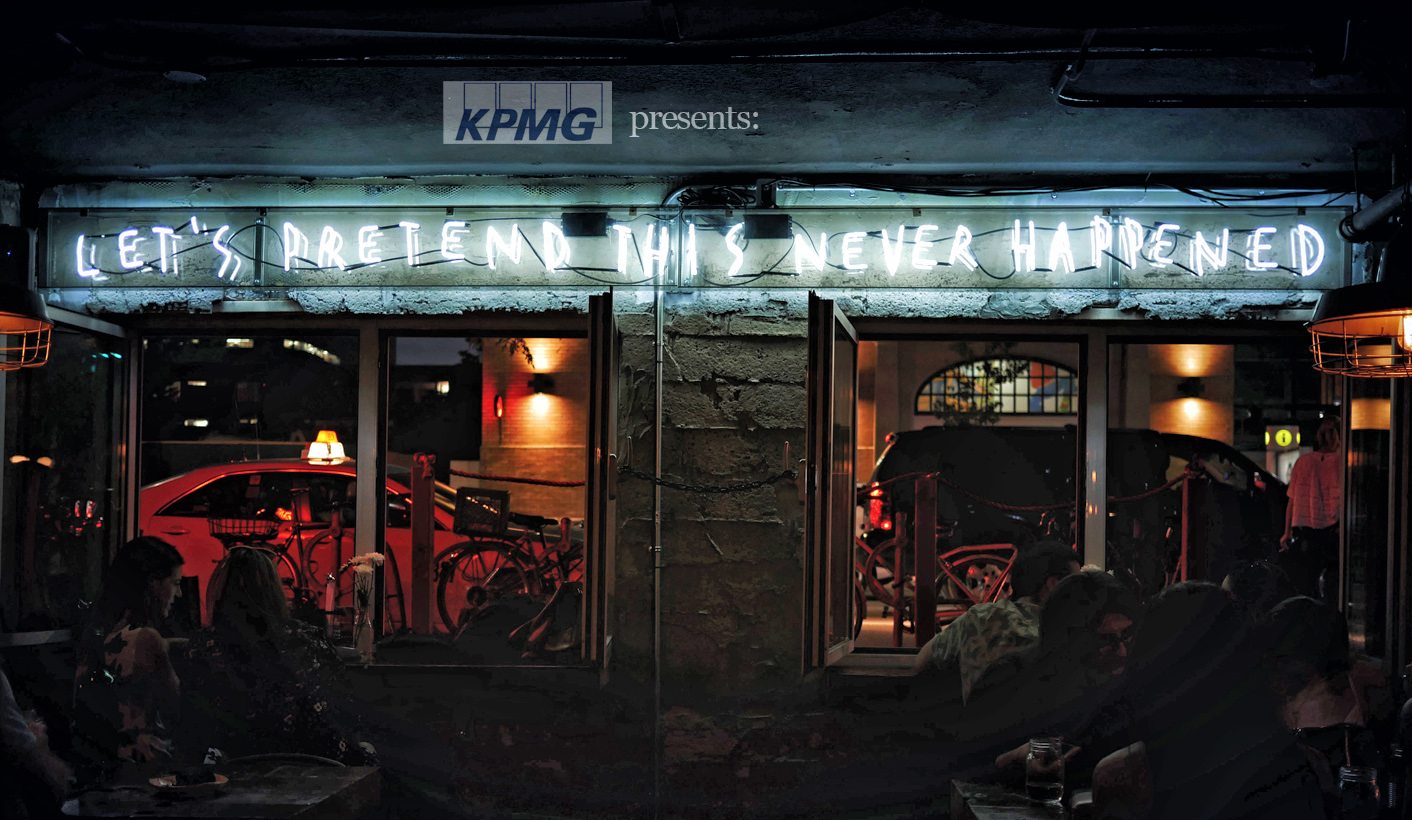 We are in the growing pains stage of democracy and many of the decisions and outcomes of the next few months will determine the trajectory of the country for the next 10-15 years. It is in the light of this reality that we need to consider how best to deal with the likes of KPMG.

The global auditing and advisory behemoth is now a meme in South Africa, synonymous with bullshit endorsements and signatures for hire. For an organisation in the assurance business the only thing you can now be assured of with KPMG is scepticism for any work that they are involved in.

In chemotherapy terms, all major organs of the local organisation were infected: audit, forensics, and advisory, evidenced by the large swathe that cut through nine leaders of the organisation in a feeble attempt to appease and sidestep any meaningful repercussions for their conduct.

In the context of fighting State Capture, big business has for too long been impotent, whether voluntarily or forcibly through the over-sized influence of government in our economy. It now has a golden opportunity to play a role in the reconstruction of South Africa’s moral fibre. A chance to do something beyond giving employees time off to join anti-corruption marches.

Despite Christo Wiese’s assertions to keep business out of politics, if anything has been shown to be true of dystopian 2017 South Africa, it is that politics IS business and the business of politics, when left unchecked, can have far-reaching consequences reverberating on the man in the street.

A cursory search of major scandals in the last decade involving large audit or forensic accounting shows one name has dominated those unenviable rankings – KPMG. The UK-based firm has seen its local partnership involved in questionable engagements time and again. From this we can only assume that they absorbed more than just employees and clients of Arthur Andersen, whose flippant disregard for ethics ended in that company’s demise; if they weren’t already present and welcomed to a cosy new home, that is.

Let’s be clear. What KPMG did is far, far worse than Arthur Andersen’s role in Enron. In that case, the potential liability from onerous American laws caused the collapse of the auditing firm which had turned a blind eye to some creative accounting. In South Africa, we do not have that kind of legislation hanging over KPMG’s head so we need those oft-too-quiet voices of business leaders to step in and show some moral leadership in dealing with KPMG.

Many of those 87 CEOs who ventured to the coalface of civil action and signed a strongly worded letter in support of Pravin Gordhan when the Hawks were closing in will now be faced with a repentant group of KPMG staffers embarking on a salvage operation of their largest clients and relationships. We ask those business leaders to assess the situation not in light of the services previously delivered to their respective organisations, but rather in light of the damage caused to South Africa and what the best remedial action is for the country, organisations and individuals who have suffered from the collusion of KPMG.

For too long, business has looked on while a select few have carried the torch of civil action and corruption fighting in this country. To them we say: this is your chance to influence how we rebuild South Africa and adjust course somewhere in the general direction of true north.

The first, and quite feeble, attempt at making amends by KMPG was insulting to both the collective intelligence of the South African public and those whose lives have been directly and indirectly violated by their collusion in the greatest raid on state resources since the Oligarchs divvied up the Russian chunk of the USSR.

Corporate Mea Culpas, in this country at least, rarely happen and if they do, hardly come with any meaningful consequences. And this could have been one of those cases. Trevor Hoole was hoping this was going to be the case when 18 months ago we published the first article highlighting KPMG’s bogus findings of the investigation into the SARS Rogue Unit in exchange for R23-million and 139 pages of sometimes copied-and-pasted content. (To KPMG’s credit, if you are going sell your signature, and your soul, make sure to demand a decent price.)

Not to mention that in 15 years of auditing the Guptas, KPMG somehow failed to find a material irregularity in the business dealings of the empire that was consistently front-page news for the better part of a decade and advised on transactions which will in near future be closely scrutinised too.

KPMG is now in a self-painted corner, where their tainted name gives the remaining corrupt forces in government cover of plausible deniability, using recent revelations to discredit the many, many reports they issued in the course of their government engagements. A notable example: It was KPMG who had compiled a report for the 2004 fraud trail of Jacob Zuma’s “financial advisor” Shabir Shaik. Where it pays them to argue incompetence or corruption, expect them to jump on the chance to do so.

The international firm will also be loathing the extra attention as it deals with investigations in Britain and last year having fired six top execs including the head of the US Audit practice.

It doesn’t need a too deep look into KPMG’s behaviour to conclude that it is in South Africa’s best interest to euthanise the terminally ill organisation; it would be constructive for our society. The majority of employees will be snapped up by rival firms as they scramble to service the extra workload, while second-tier and local firms will benefit from the bump in business. But, most importantly, hope for consequences and accountability will have been restored to the public (albeit mostly to those whose major concerns are of excess water usage rather than the actual availability of clean running water).

In the real world, business leaders should exercise their power by pushing KPMG to undertake a process of self-cleansing and making reparations that would potentially financially cripple the local operation.

But that is the point: KPMG needs to hit rock-bottom to make real change possible.

The leaders at KPMG need to recognise that the only way we can ever trust them again is to voluntarily take on a course of action that would effectively need to recapitalise the business in this country and offer them a chance to “start again”. Asking them to break client confidentiality is a huge ask, but in the pursuit of justice would go a long way to restoring the faith and would presumably deter criminals from working with them again. Win-Win.

To KPMG’s leadership both locally and abroad, we have some suggestions on how to make amends:

Anything less than the above implies we are happy for those involved in the wholesale looting and destruction of our country to get away with a mere slap on the wrist. KPMG operated as an extension of the Gupta empire and we should treat them as such. It is upon them to convince South Africa they could be trusted ever again. DM