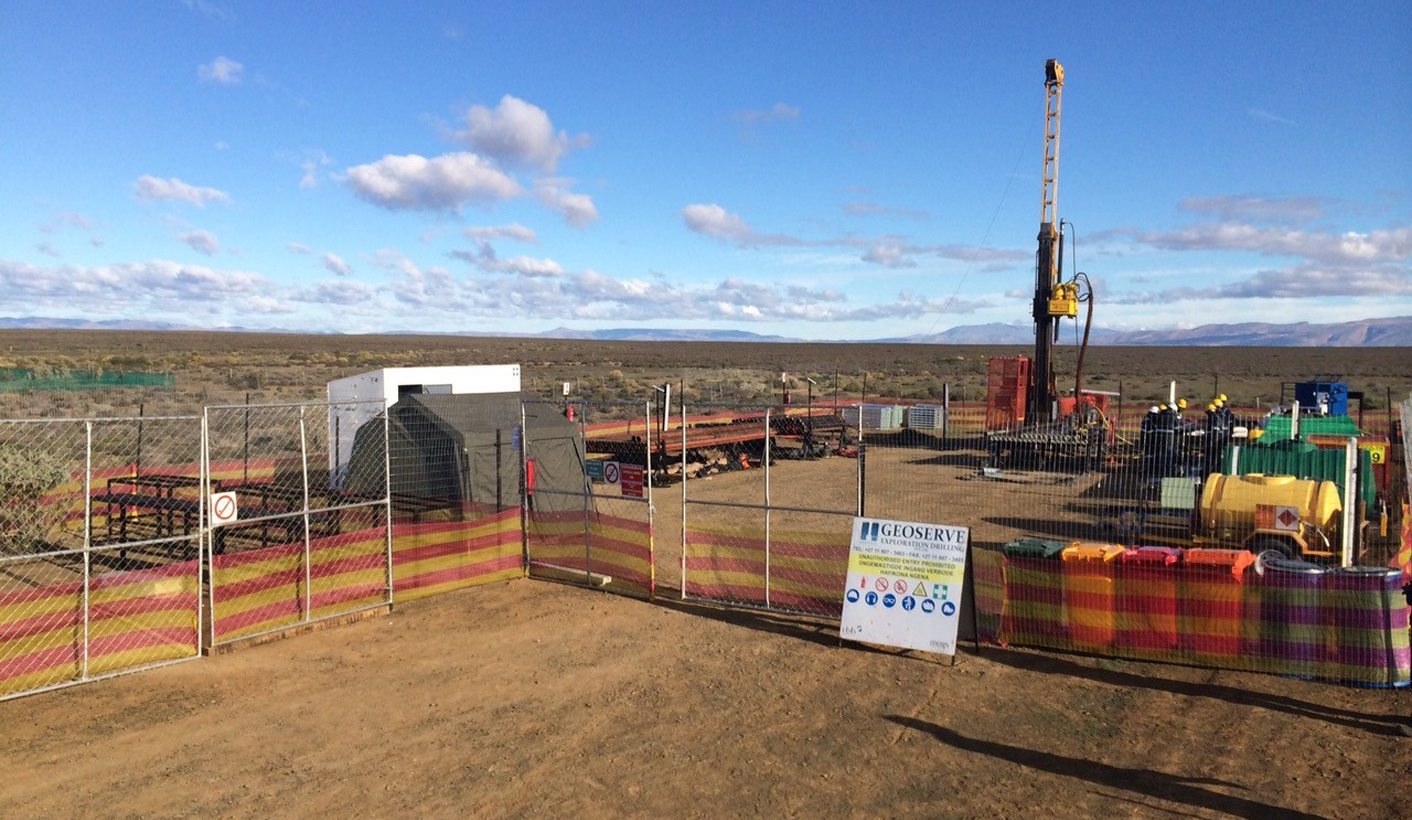 Unfortunately for shale gas exploration companies like Shell, a scientific study indicates that the Karoo shale deposits are “over-mature” (cooked to the point where most gas has disappeared). Commenting on the latest study, Treasure the Karoo Action Group (TKAG) chief executive Jonathan Deal says he is not in the least bit surprised by these results. By TONY CARNIE.

New evidence that the shale gas potential of the Karoo is grossly inflated is part of an emerging worldwide pattern – where “game-changing” economic opportunities from the gas fracking industry are deliberately manipulated or overstated.

This is the opinion of veteran anti-fracking campaigner Jonathan Deal, reacting to a scientific study published on Thursday morning in the latest issue of the SA Journal of Science.

Prof Michiel de Kock, the study’s lead author and head of geology at the University of Johannesburg, said the United States Department of Energy published a report in 2011, estimating the Karoo basin’s recoverable reserves to be 485 tcf (trillion cubic feet), suggesting South Africa had the fourth largest shale gas reserves in the world.

This estimate was later revised down to around 390 tcf – but a new study by de Kock and a team of researchers from several other universities suggests both these estimates are “grossly inflated” and that the actual reserves are more likely to be around 13 tcf.

That is more than 37 times lower than the initial US Energy Department estimate, that was used to trumpet the supposedly massive economic and job-creation benefits from fracking the Karoo.

He concluded that despite the relatively small sample of direct tests (taken from depths of up to 2,500m) the Karoo deposits have been overcooked – much like an overdone braai steak.

Shale gas is a by-product of ancient animal or plant debris laid down underground millions of years ago. They need a certain amount of heat to produce hydrocarbons such as oil, gas or coal – and in the case of gas, the shale steak has to be cooked to “medium”.

Unfortunately, for shale gas exploration companies like Shell, De Kock believes the Karoo shale deposits are “over-mature” (cooked to the point where most gas has disappeared). Commenting on the latest study, Treasure the Karoo Action Group (TKAG) chief executive Jonathan Deal says he is not in the least bit surprised by these results.

He notes that Marcellus shale gas reserves in the United States were originally estimated at around 500 tcf whereas more recent estimates indicated that these reserves were in the region of just 50 tcf.

Shale oil reserves in Monterey, California, were similarly grossly overestimated to be around 13.7 billion barrels – but later slashed by 96% in more recent estimates.

“Government policy can be built on overstated reserves. This use of sensational hype and manipulation of the figures helps people to get things in place, but no one bothers to hold the oil and gas industry to account when the estimates are slashed later,” he said.

“What the motives might be is difficult to follow, but I think it would be obvious to anyone who follows the oil and gas industry closely. They enjoy investors speculating in their shares, based on access to supposedly huge reserves of hydrocarbons.”

Deal recalled that when shale gas reserves in the Karoo were initially estimated at around 485 tcf, Investec economist Brian Kantor calculated that this translated into nearly 400 years of petroleum-based energy for South Africa.“Shell then released a report by Econometrix which said that even if the reserves were 10% or 20% of this estimate it could still translate into nearly 700,000 jobs and add R200-billion to the country’s GDP.”

Yet the CSIR reported in a study last year that Karoo shale gas quantities were uncertain and that there could be “no economically extractable gas”. Even if 30 tcf were found, this would translate into less than 2,600 direct jobs (with only 15%-35% of these jobs available to Karoo residents).

“The over-stating of the so-called economic benefits of shale gas is completely irresponsible,” said Deal, pointing to the risk of a boom and bust scenario.

“In the United States, even the very best fracking wells are only lasting three to four years before drying up, whereas many others run dry within 12-18 months or less.”

Deal says abundant supplies of offshore shale gas from Angola, Mozambique and Tanzania and even the East Coast of America can be imported more cheaply than by developing Karoo gas – without having to incur any risk to South Africa’s scarce underground water supplies, tourism, agricultural sector or the environment, especially when renewable energy is getting cheaper and cheaper all the time.

“I can speak from experience on this because I have been off the grid for 10 years at my home in the Karoo.”

On whether the latest very low estimates signal the end of shale gas exploration in South Africa, Deal says: “No. I don’t think so. There are still vested interests that have built up this momentum of expectation around massively-overstated economic benefits. I think that if it left up to the Zuma administration they will push as hard as they can, and go ahead regardless. I personally believe that promises were made to corporate interests some years ago.

“The fight will now have to move to the trenches in the Karoo and KwaZulu-Natal to oppose all EIA applications for shale gas exploration”, he says, noting that a legal challenge against South Africa’s new fracking regulations had been lodged in the Pretoria High Court by TKAG and Afriforum and the matter is set down for hearing on February 20- 21.

Marcus Pawson of Afriforum says De Kock’s study was an encouraging step for South Africans who believed in building a sustainable industry that can be regulated sufficiently through evidence-based scientific studies.

“Three critical aspects are being revealed; first that government has drafted fracking regulations that were published before scientific studies were completed; second that the wrong ministry published these regulations; and third that there are not enough gas reserves to make the industry economical without polluting the water reserves.

“I think we as a country must focus now on renewable energy and strategies that not only ensure our energy needs are met in the future, but to also reach our millennial goals in reducing our carbon footprint.

“Nevertheless, anti-fracking groups must be wary of the soothing sounds or movements that create the impression that the eagerness of international companies to start fracking in South Africa is waning.

“In fact, now is the time to step up efforts to finally stop fracking and exploration in our water-sensitive and drought-plagued country. The research on hydraulic fracturing has already shown that in the South African perspective, the negatives outweigh the positives.”

Last year, the country’s top science advisory body (the Academy of Science of South Africa) published a 214 page report warning the government that uncontrolled hydraulic fracturing (fracking) could have “devastating effects” on the country’s scarce water resources and could activate dormant geological faults that could induce significant earthquakes.

Shell, however, appears undaunted by the test results just in from the Karoo. “Shell remains committed to the long-term prospect of a shale gas development in South Africa,” spokesperson Dineo Pooe said last night.

“We have noted the findings of the research conducted around the shale gas potential of South Africa’s main Karoo basin. However, confirmation of a commercially-viable gas resource across the Karoo basin can only be established through exploration drilling in specific target zones

“Should a clear and supportive legislative and regulatory framework as well as competitive commercial terms be put in place, the Karoo project could compete favourably within Shell’s global tight/shale gas and oil portfolio.” DM

The full research article is available at www.sajs.co.za

Photo: One of the drilling sites near Ceres, south of the Tankwa Karoo National Park. Photo: Geoserve Exploration Drilling