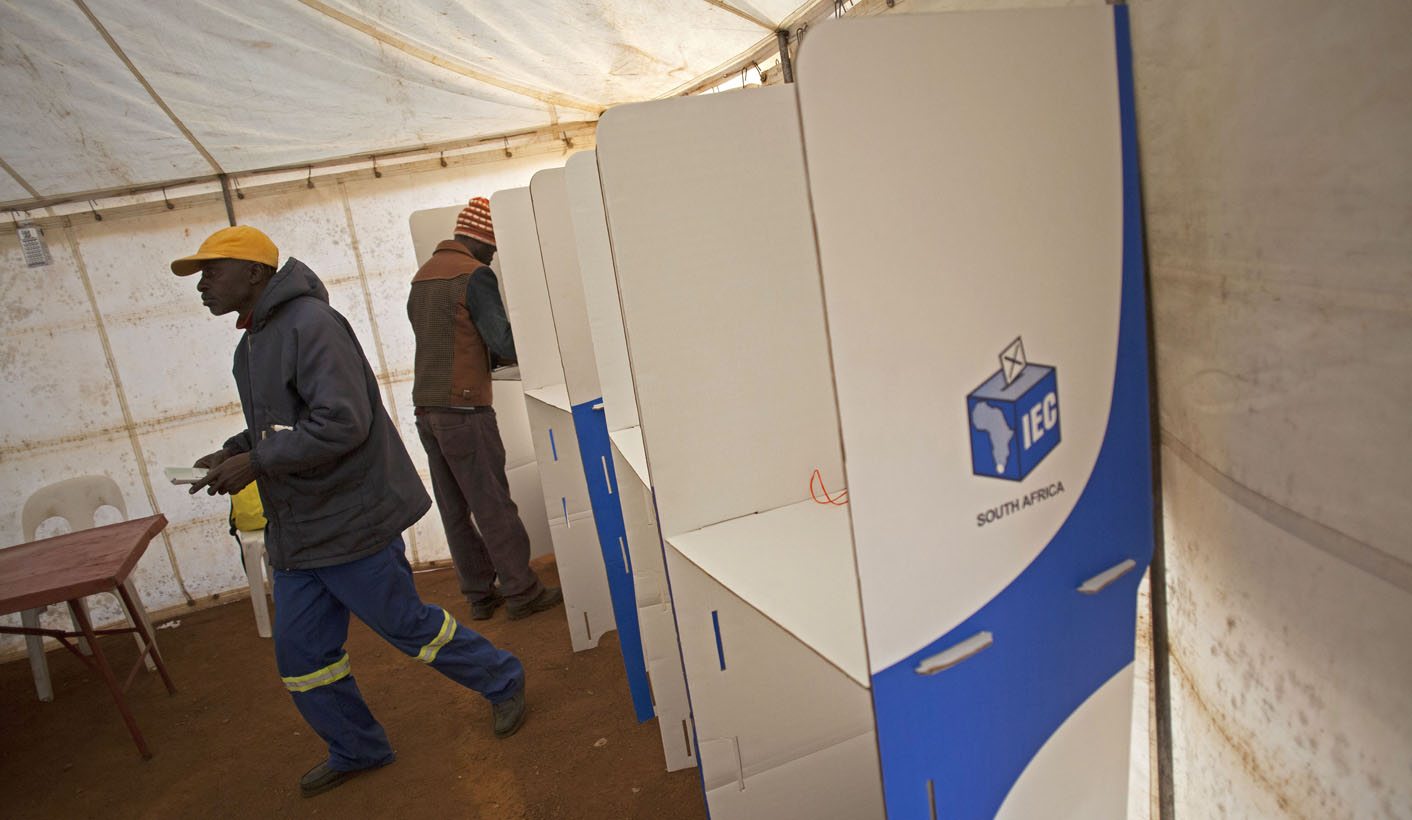 The Inkatha Freedom Party (IFP) held off a strong challenge from the African National Congress (ANC) to retain a ward in eNdumeni in KwaZulu-Natal. This meant that the ANC was unable to regain power in eNdumeni. The ANC held the other two seats contested last night. By WAYNE SUSSMAN.

eNdumeni municipality borders Nquthu, the area where a resurgent IFP won the municipality outright when the whole municipality went to by-elections in May. Sithembile is part of the little town of Glencoe which sits next to Dundee, the central town.

The National Freedom Party (NFP) was a force in northern KwaZulu-Natal (KZN) politics but did not contest the elections in eNdumeni in 2016. One has to factor in the 2014 provincial results to determine what kind of impact they could have on the ward to get a better indication of how things could play out yesterday. It turns out that the NFP came a distant third here in 2014. What was most telling of the 2014 results is that the ANC easily won the voting districts here, winning the areas which make up Ward 3 by over 1,900 votes. In 2016, the IFP won the ward by over 660 votes. It was a remarkable swing to the IFP. The fluctuations in support for both the IFP and the ANC meant that despite the ANC only garnering 34% of the vote here in 2016, it was the dominant player here in 2014 and there was an opportunity for another wild swing in this ward.

There was a swing back to the ANC, but the IFP retained the ward by 274 votes. The results were pretty uniform in both voting districts. The ANC had good growth in the larger voting district at Sithembile Hall. In 2016 they got 469 votes here, last night they got 758 votes at Sithembile Hall. The NFP came third here in 2014, but were well beaten by the EFF for third place. Even though they were not a significant player in the ward in 2014, they were only able to garner 7 votes here last night.

This result means that the IFP (4) and the Democratic Alliance (DA) (2) will be able to continue too govern here with the outside support of the EFF (1). The ANC has 6 seats.

Turn-out in the by-election was a very impressive 66%. There were more votes cast last night then there were in 2016.

Ward 4 is a few kilometres from the Upington central business district. This ward was competitive in 2016, but still relatively safe for the ANC. The ANC lost some ground here to the DA last night with the DA taking the Evangelical Lutheran Church voting district from the ANC. The DA lost this voting district by 36 votes in 2016 but won here last night by 99 votes. The ANC was still able to run up the numbers at the Methodiste Kerk voting district, winning it by over 350 votes. The Congress of the People (Cope) contested here and while they only got 1% of the vote, they were still able to beat the EFF for third place. Turn-out was a healthy 60%

This rural ward straddles the Komati River and sits near the border of Mozambique. This is ANC territory. It has a school (and a voting station) named after the current premier David Mabuza. While the ANC had a slight decrease in percentage support, they still ran up the numbers here yesterday, receiving 1755 votes more than the EFF. Cope came a distant third in this ward, getting a paltry 13 votes. Despite the slight dip in percentage support, the ANC will be most satisfied with this very strong showing. Turn-out was a fair 45%.

No wards changed hands last night, and while the ANC fell short in eNdumeni, it was still a good night for the ruling party. The IFP will now hope that they can govern properly in eNdumeni and rely on the outside support of the EFF. The DA will be happy with the fact that the ward in Dawid Kruiper is even more competitive now. It was a disappointing night for all the other parties, with the EFF getting some encouragement from the result in Nkomazi. DM