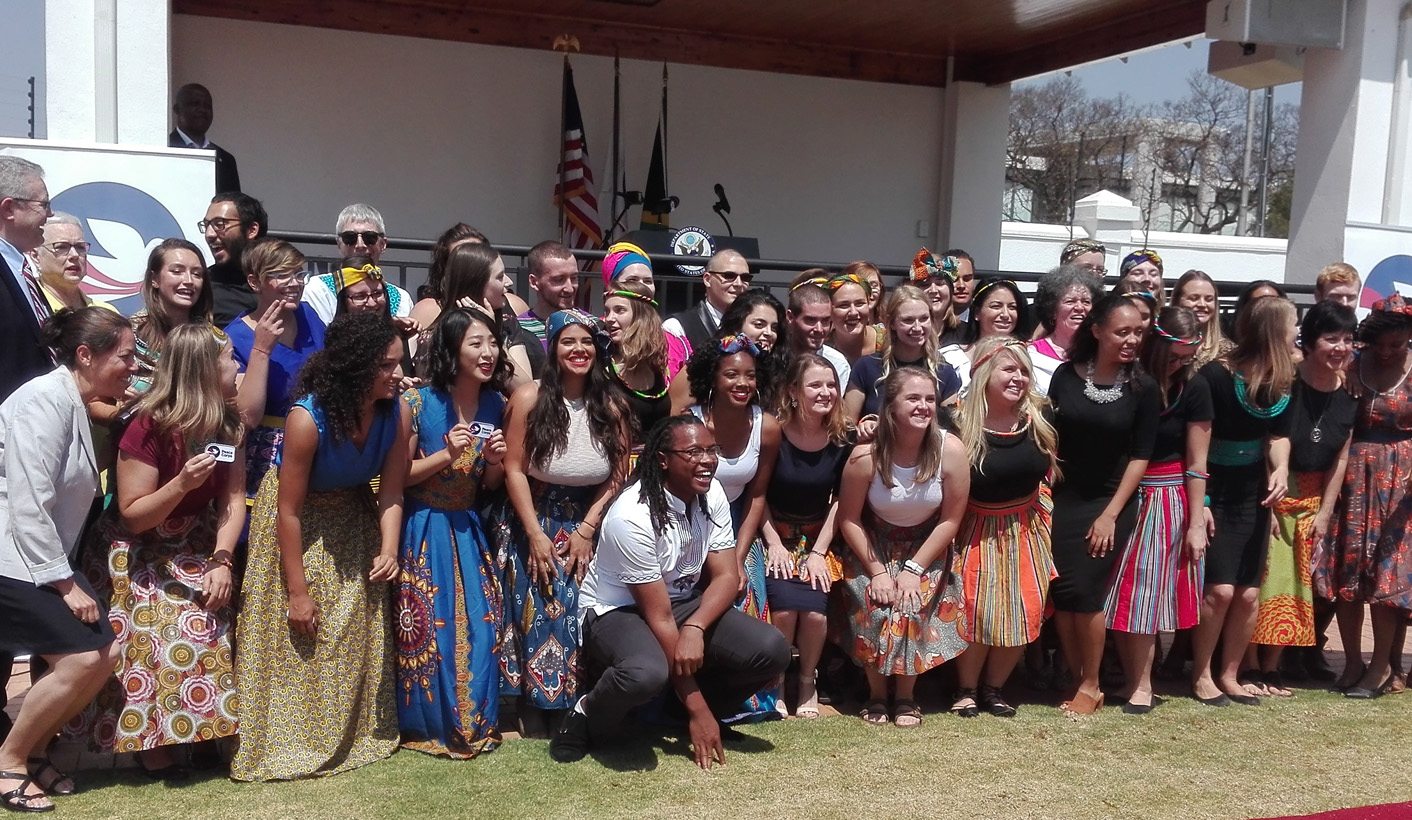 Giving back is a reward. Nobody knows this better than the United States Peace Corps, which hosted a swearing-in ceremony for 40 new South African volunteers on Friday. The Peace Corps is working at improving education and health conditions and capacity in South Africa. By ORATENG LEPODISE.

On Friday, the Peace Corps hosted a swearing in ceremony in Pretoria for 40 new US volunteers. This is the 36th group of volunteers to serve in South Africa since 1997. They will join the 163 other Americans volunteers who are already living, working and serving alongside South Africans in the hope  of making a difference in the lives of people living in rural areas.

Their goal is to help strengthen education, health, HIV/Aids awareness agriculture, small business and the environment.

“I was privileged to have quality education and I believe everyone deserves to get the best education that they can,” said Marc Petterson, who is from Boston and is doing a third year as a volunteer in South Africa, which is an extension of the regular two-year programme.

The new volunteers will be working in communities across Limpopo and Venda. “ I took a weird route because I studied business and after my studies working in the business sector was a horrible experience, so I decided to volunteer for Peace Corps because I felt more content in servicing and helping other people,” said Alex Riviere, a new volunteer from New Jersey.

This year marks the 20th anniversary of the Peace Corps’ presence in South Africa. It was established in response to a request by President Nelson Mandela and President Bill Clinton in October 1994. They signed an official agreement in 1995. Staff and facilities were put into place in 1996 and the first group of volunteers was sworn in to serve in Limpopo in May 1997.

The Peace Corps was established in 1961 to promote world peace and friendship. There are more than 8,000 Peace Corps Volunteers in over 76 countries, working in local communities.

Peace Corps allows students to integrate and serve in different societies. It requires volunteers to serve in South Africa for a period of two years. For the duration they are based in a household where they learn the families’ cultural customs and way of life.

In her welcome speech, Anna Hoffman, the director of programming and training, stated that Peace Corps is not just about education, but is also to teach South African culture and for South Africans to learn about the United States culture. “We are committed to practising the South African concept of Ubuntu.”

“It is always a good feeling to help my learners feel good about themselves and help them be ready and able to take opportunities.” said Mary O’Malley from West Virginia, a new volunteer. O’Malley was among the volunteers who recently completed an intensive 10-week pre-service training where they learned about South African culture.

“In the next five years I would like to see Peace Corps continuing with the positive work they are doing and having made a meaningful contribution in South Africa,” said Jessye Lapenn, Charge d’Affaires of the United States.

Even though the Peace Corps has been in South Africa for more than 20 years, it is still developing its identity. “The most important thing is to work with the government, to provide resources and assistance for those in need. In five years from now I hope that we are still involved in education but not in the same way that we are now. Now we are focused on Grades 4 to 7. I am hoping that we will go to the lower grades so that we can help them,” said J Ronald Campbell the US Peace Corps country director.

In the schools that they assist, the volunteers help both the teacher with skills training and workshops and the pupils, who they teach and tutor.

“We just need to make sure that our goals match those of the government.” Campbell said.

Latoya Malcolm, from New York, is another third-year extension Peace Corps volunteer who has been in KwaZulu-Natal for two years working at the HIV/Aids outreach where she was raising awareness and working with orphans and vulnerable children. “I have extended my two years because my experience with Peace Corps has been the best and I hope I thrive to achieve my goals. “said Malcolm.

Peace Corps also has a partnership with the Limpopo Department of Education. “Peace Corps has done so much for our learners at school. You know in our education system all the books are written in English – for a learner to do well at school they need to have a good understanding of the language so they have been helping our students in teaching them the language. They are doing a great thing for the South African education system,” said Phill Malahela, Director Inter-Government Relations and Donor Funding in the provincial department. DM