Theatre Review: The Old Man and the Sea 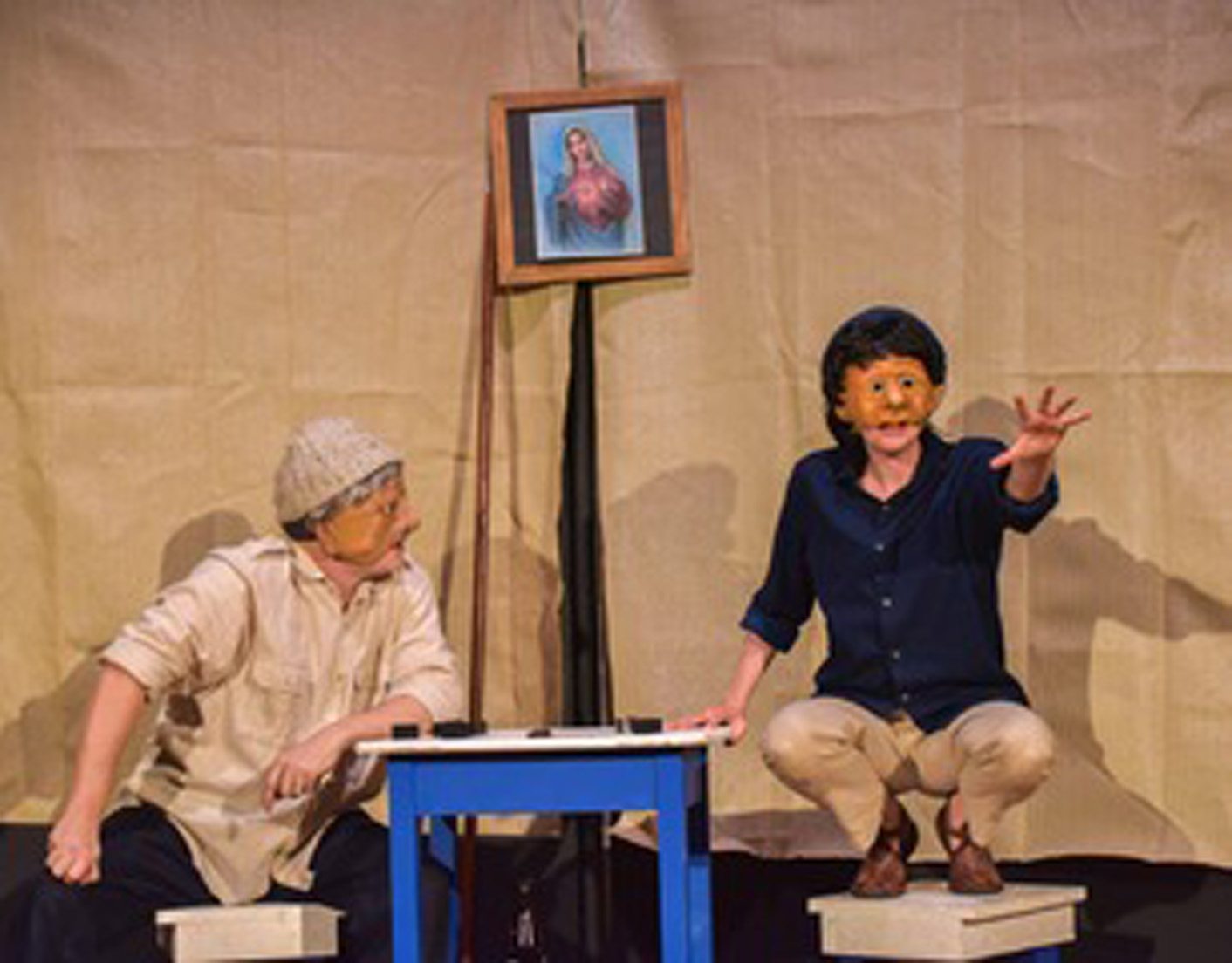 A show that is sweet and funny and riddled with humour. By LESLEY STONES.

Years ago I started to read The Old Man and the Sea in a noble drive to educate myself in the classics. It was a short-lived attempt as I gave up, wishing something would actually happen in Ernest Hemingway’s short story. Oh, the impatience of youth.

The idea of turning his novella into a stage production left me dubious, but within minutes of this play beginning, the entire audience was enchanted.

This “theatrical re-imagining” has been crafted by writer Nick Warren and brought to life by director Jenine Collocott, with her signature style of using masks for all the characters.

The tale revolves around Santiago, an old Cuban fisherman down on his luck with an 84-day catch of nothing. To break the losing streak he heads out in his skiff further than before, and catches a giant marlin that fights him for two days, earning his respect and testing him to the limits.

Warren has done a wonderful job of creating a cast of extra individuals to tell the story, giving them each personalities and stories of their own that make them as much a central part of the plot as the man and the fish were in the original.

Actors James Cairns, Taryn Bennett and Jaques de Silva play them all, switching personalities with a change of mask, a different hat or jacket and a new repertoire of mannerisms and voices.

It’s amazing how expressive their faces are behind the masks, which also augment the personalities with their permanent features. Their hands and bodies are essential too, and everything is acted with delightful verve while never going over the top into caricatures.

It’s Bennett who shines the brightest as Manolin, a young boy who has learned to sail with Santiago but is now instructed by his father to work with the other fishermen. Bennett plays Manolin with wide-eyed enthusiasm and childlike wonder, as he tells tall tales and adds his own spin to the adventures told by Santiago. She’s great too as Juan-Carlos, a boastful fisherman who has always caught something bigger and better, but knows that he’s fooling himself while failing to fool the others.

Cairns plays the old fisherman perfectly, with a sense of having seen a lot of life and still proud of his skills even though they seem to be failing him. His scenes when trying to reel in the giant Marlin must leave him physically exhausted.

De Silva is also captivating as the lazy but charming Raul, young and cocky but with the sass to make him loveable.

The simple staging by Alistair Findlay works perfectly, with a revolving set to create the different scenes. This physical theatre is so convincing that a large box and some draped material becomes a realistic sail boat as the cast clamber in and set out to sea.

Sue Grealy’s music also enhances the production, lilting along in a laid-back Cuban style for much of the time, then adding a layer of menace when sharks attack the now dead marlin and destroy Santiago’s catch.

There’s some song, some chit-chat, some philosophy and a great deal of heart in a show that’s sweet and funny and riddled with humour. I was completely hooked. DM

The Old Man and the Sea runs at Sandton’s Auto & General Theatre on the Square until 7 October. Tickets at www.computicket.com or from the theatre, call o11 883-8606

Photo: James Cairns and Taryn Bennett in The Old Man and the Sea. Photo: Supplied.