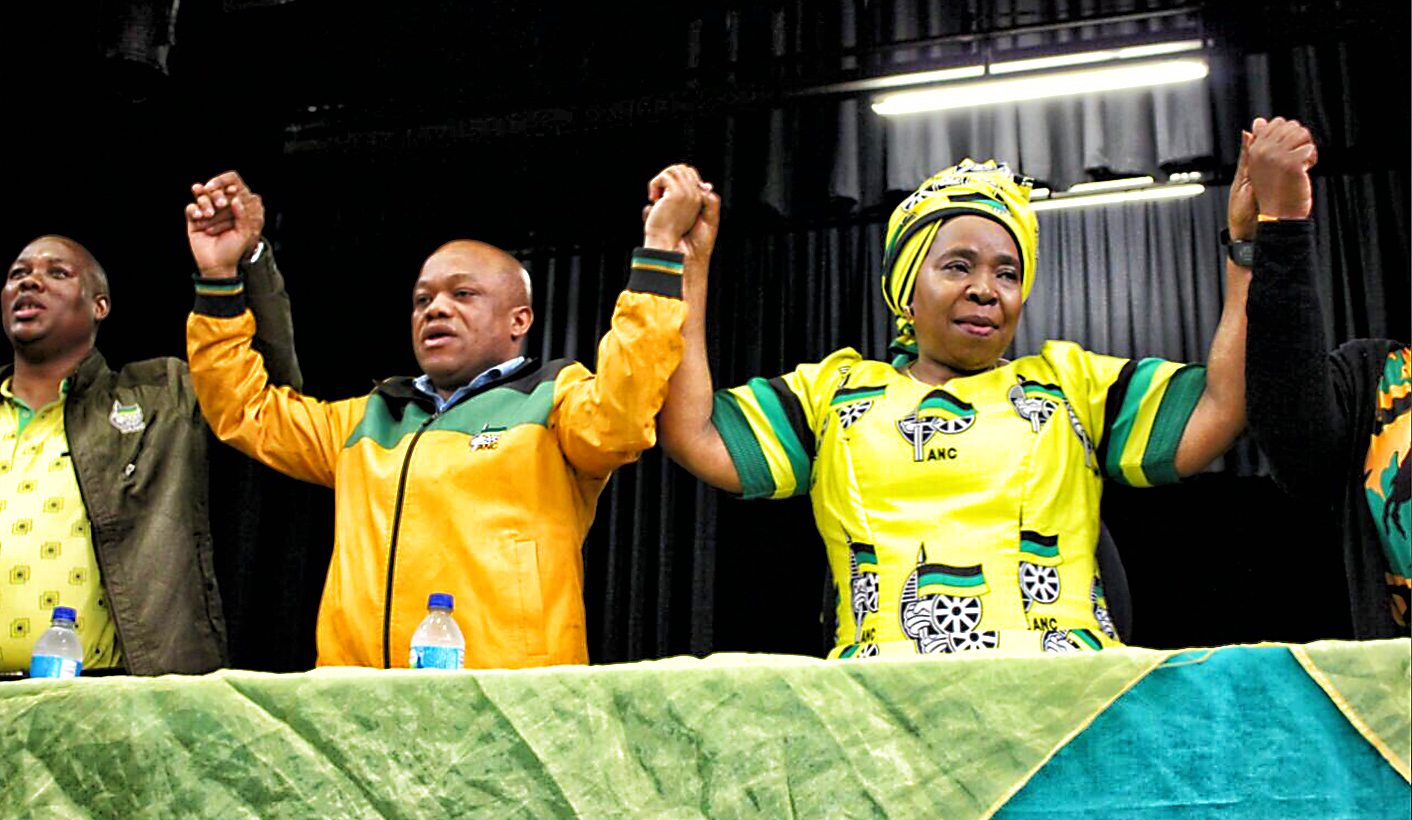 Administratively it doesn’t really matter whether the ANC in KwaZulu-Natal goes to the ANC’s national elective conference in December in its current form or as a reconstructed provincial task team, so why is it such a big deal for the party? What happened in the province on Heritage Day on Monday might, however, gives some small clue. By CARIEN DU PLESSIS.

Rumours of an impending Cabinet reshuffle are on the backburner for now as all eyes in the ANC are fixed on the aftermath of the recent court battle in KwaZulu-Natal. The leaders elected at the 2015 provincial conference, which has now been declared unlawful and void, are still clinging on.

The provincial leadership still has eight days to decide whether to lodge an appeal to this judgment, yet on a national level there are mixed feelings – to the point of confusion – about this. While President Jacob Zuma at the special national executive committee meeting on Friday argued in favour of the provincial leadership – that they should stay put and appeal the judgment – the majority opinion in the NEC is that the leadership should be disbanded and replaced by a provincial task team that reflects both camps.

The branches, which have been audited, would still be able to go to the December conference, although the disbanded provincial executive committee itself would have to stay home.

ANC Secretary-General Gwede Mantashe also said the NEC would consult its lawyers about a possible appeal and give feedback within three days.

The two groups at odds in the province are the current PEC under chairperson Sihle Zikalala, campaigning for ANC MP and former African Union Commission Chairperson Nkosazana Dlamini-Zuma to become ANC president in December, and Senzo Mchunu, former provincial chairperson and loser at the 2015 conference, as well as deputy agriculture, forestry and fisheries minister Bheki Cele, campaigning for Deputy President Cyril Ramaphosa.

On Monday the two groups went head to head in the Musa Dladla region around Empangeni on the north coast, less than 20km apart – and both held their “cadre forums” (now a codeword for presidential campaigns) at the same time of the morning. There was no space for two-timing.

In her corner, Dlamini-Zuma spoke about radical economic transformation and the skills revolution, and in the other corner Cele warned about leaders who didn’t speak out about corruption. He also spoke about the importance of dissolving the current PEC and compiling a provincial task team that represents all the camps in KwaZulu-Natal.

Down the coast in eThekwini a third presidential contender, ANC treasurer-general Zweli Mkhize, stuck to his message of unity, though neither of the other two camps paid much attention to him.

In Dlamini-Zuma’s meeting the Cele gathering was rubbished. ANC regional chairperson Nonhle Mkhulisi, speaking ahead of the female presidential hopeful, said she was more than ready for the president of the ANC to be a woman.

Referring to Cele’s gathering, she said:

“I just want to clarify, comrades, that that event in eSikhawini is not an ANC event.”

She went on to say:

“We cannot stop our event because of the tendencies of those leaders.”

That is more or less where the fight is about the provincial leadership.

Ramaphosa, as a disciplined cadre, has not really done much campaigning in KwaZulu-Natal since that fallout with the provincial leadership in May, when they accused him of addressing a cadre forum in Newcastle without their permission.

Ramaphosa, who was part of the party’s campaign machinery for a by-election in the Nquthu Municipality (which the party lost to the IFP), said he was invited by the branches there.

He didn’t seem to have been invited again.

Since then he’s had to rely on leaders like Mchunu and Cele to convey the message, among others, that it is tradition in the ANC for the deputy president to succeed the president. This could find some fertile ground in a province that supported Zuma’s campaign a decade ago on the same principle.

On Saturday, Mantashe for the first time made it clear where he stood when he told a meeting in Ramaphosa’s home province of Limpopo that the party was “sowing a wind” (creating a crisis) by resisting Ramaphosa’s presidency.

KwaZulu-Natal is the ANC’s biggest province and is set to play a significant role in the outcome of the party’s elections in December, but recent movements in the so-called “Premier League”, which has up to now supported Dlamini-Zuma, mean this fight could be fiercer.

Mpumalanga Premier David Mabuza jumped ship from the Dlamini-Zuma camp just prior to the ANC’s policy conference two months ago, and there have been indications that North West Premier Supra Mahumapelo and Free State Premier Ace Magashule are re-thinking their support for her too.

There was some reported difficulty in selling the idea of a female president to conservative rural branches, but also, now, with less than three months to go to the elective conference, it is easier to visualise the ways in which the dynamics will change with Zuma no longer at the helm. His grip seems to be loosening a bit.

Most of all, however, it will be a psychological fight.

Without the KwaZulu-Natal PEC at the December conference, Dlamini-Zuma is devoid of her most powerful lobbyists. This province emerged as the head of her campaign’s caucus at the policy conference, for instance.

This will also be reflective of the fight among those in the top six, particularly Zuma and Mantashe. They have had some face-offs in the past, such as the time when Zuma seemingly endorsed Andile Lungisa’s candidacy for Nelson Mandela Bay regional chairperson in the Eastern Cape, while Mantashe ruled against it because Lungisa already was a member of the provincial executive council.

Mantashe won that one when Lungisa had to step down, and he apparently won the recent battle too, as the NEC has indicated that the KwaZulu-Natal leadership should be dissolved.

The province is now holding its breath. Whatever the resolution of this particular battle, it could give some indication of what the outcome would be of the war. DM