Explainer: New study finds out how complex life was formed billions of years ago 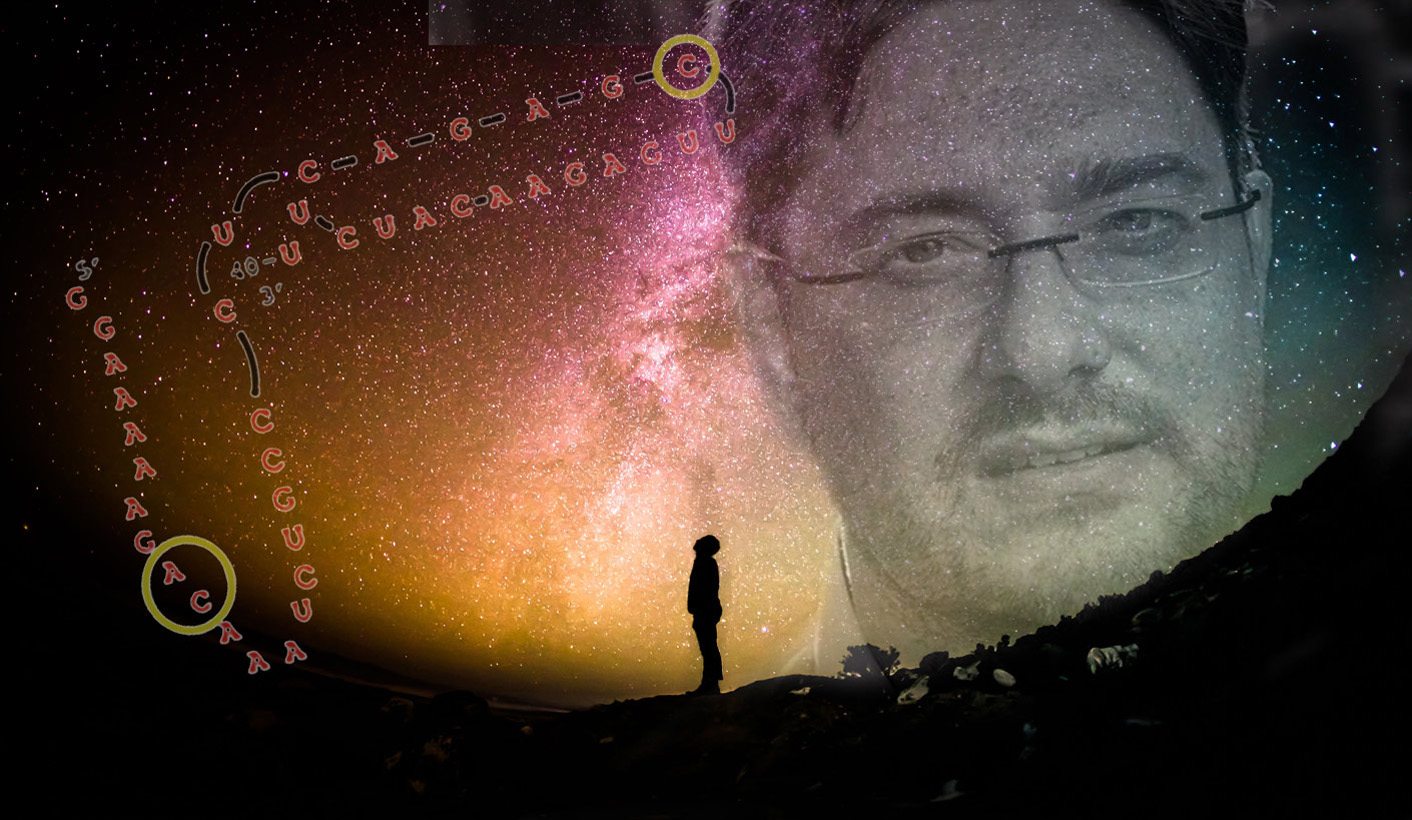 Late on Wednesday, scientists at Wits University announced that they had possibly found a missing piece of the puzzle in how complex life evolved. But if South Africa is to continue putting itself on the map where fundamental science is concerned, we face significant funding hurdles. By MARELISE VAN DER MERWE.

“This is the story of life on Earth,” he says. “How those complex systems form from less complex systems – this really is one of the big questions around evolutionary biology; those are the most fundamental questions you can ever ask.”

Durand is from the Evolution of Complexity Laboratory in the Evolutionary Studies Institute at Wits University and, with Wits PhD student Nisha Dhar, conducted a study which – they believe – fills in one of the crucial links explaining how life as we know it evolved. A crucial link in the path to natural selection, if you will. Their results were published on Wednesday in the journal Royal Society OS, in a paper entitled Molecular trade-offs in RNA ligases affected the modular emergence of complex ribozymes at the origin of life.

Billions of years ago, Wits said in a statement late on Wednesday, nothing existed that we would recognise today as living. The world contained only lifeless molecules that formed spontaneously through the natural chemical and physical processes on Earth. The moment small molecules connected and formed larger molecules with the ability to replicate themselves, life began to evolve. Put simply, the study aimed to find out how exactly these molecules linked to each other.

Think about that for a second. The fact that you and every living thing around you exists boils down to a chance event at cellular level, billions of years ago. And these scientists have just defined that moment.

“Very simple ribonucleic acid (RNA) molecules (compounds similar to Deoxyribonucleic acid (DNA) can join other RNA molecules to themselves though a chemical reaction called ligation. The random joining together of different pieces of RNA could give rise to a group of molecules able to produce copies of themselves and so kick-start the process of life,” Wits said.

The study builds on the RNA World Hypothesis, proposed independently by Carl Woese, Francis Crick and Leslie Orgel in the 1960s, which essentially argues that earlier forms of life may have relied on RNA to store genetic information and to catalyse chemical reactions.

“Not everybody agrees with [the RNA World Hypothesis], but many believe this is how the world began,” Durand told Daily Maverick. Supporters argue that there is growing supporting evidence. Molecular biologist Drew Smith writes in Forbes: “The RNA World hypothesis resolves the chicken-and-egg conundrum posed by the structure of growth shared by all living organisms.”

Durand explained it to Daily Maverick as follows. “Basically, the RNA world hypothesis is a theory around how life started. Very early molecules – RNA, which is a version of DNA, if you like – were formed. Yet there are quite a lot of gaps remaining around how this happened; a lot of information is still missing.

So how, is the crucial question, did we get from small to big molecules?

Is this certain, though? “We are never really going to know,” says Durand. “As scientists, you want to explain things. This is one of the more likely possibilities, in my opinion.”

This was but one step in a process, he points out. “I am interested in how complex systems evolve from simple systems,” he says. “We know how very simple RNA molecules may have come about. This may have formed passively. For larger molecules to come about, you need active enzyme reaction. We were looking for how that could happen. These molecules have a particular enzyme reaction known as ligation, which gave rise to bigger molecules. This fits one piece of the puzzle. What would be really exciting is to know, once you have that molecule that can reproduce itself, what occurs next. You need groups of molecules to work together to produce a primitive genome or collection of genes. We really don’t know how that occurs. How do you get to the next step of getting more complex molecules to work together?”

Dhar’s study was a PhD project, and was supported by US funders. It is challenging, says Durand, to get funding for fundamental science of this type in South Africa, depending on the project. “Countries like our own, rightfully, are more focused on applied science – tuberculosis, for example,” he points out.

But this means that discoveries of this type may be rarer than they could be. With universities facing increasing financial pressure, this is unlikely to change in the near future. Associate Professor of Chemistry Werner van Zyl argued in 2016 that less investment in research and postgraduate output was affecting university rankings countrywide, pointing out that broadly, “research, development, science and technology are all recognised as crucial growth factors – both for the country’s economy and for individual universities”. Yet it is a reality that locally, universities are facing a funding crunch – particularly in postgraduate studies – as well as other credibility challenges.

In this context, Durand has concerns for the future of research funding. “There is not enough focus on fundamental science – there is not enough funding,” he says. “One can say that’s too bad, we need to focus on public health, for example, and they do have a point. But on another level we are not doing our country the right service if we neglect that fundamental science. We do have a foot in the door of big science and I don’t want my country to lose out. That’s always something to work towards, to maintain good scientists.”

That being said, Durand believes scientific rigour can be retained on a tight budget. “Never forget that the most powerful tools we have, that we don’t need money for, is the way we think and the kind of questions we ask,” he says. “That is the single most important trait for our researchers.” DM

Graphic illustration: The image shows Dr Pierre Durand, project leader of the Evolution of Complexity Laboratory in the Evolutionary Studies Institute at Wits University. A simple RNA molecule such as the one depicted here is an example of what may have been responsible for the evolution of complex life as we know it. Photo sources: Wits University and Unsplash