GroundUp: Hangberg community reaches out to Ona Dubula as he returns home 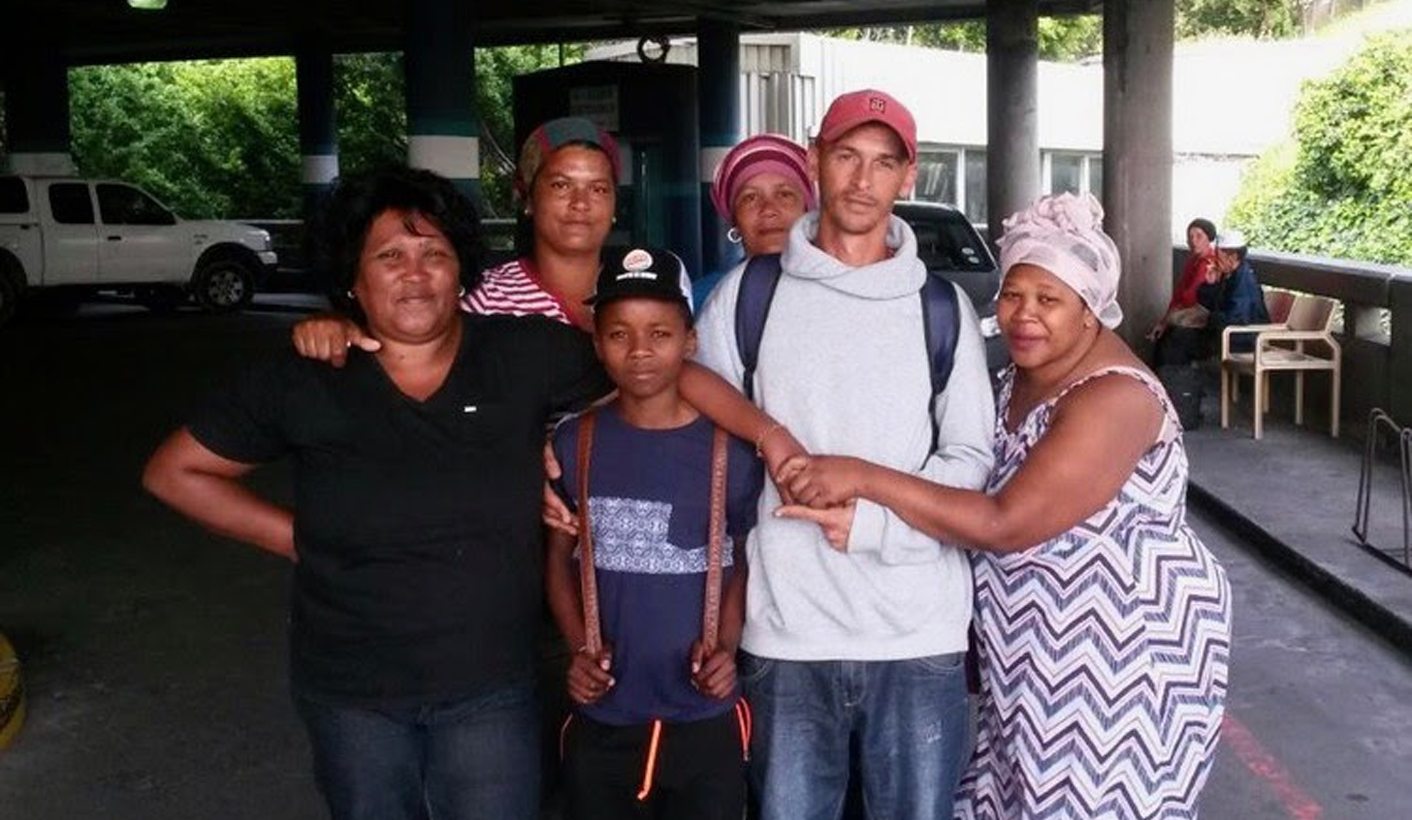 Residents of Hangberg arranged transport for Ona Dubula’s return from hospital. He was shot at close range with rubber bullets during a protest: “It’s the least we could do,” said concerned residents. By Kimon de Greef for GROUNDUP.

Ona Dubula, the 14-year-old boy shot in the mouth by police during a protest in Hout Bay last week, left hospital on Tuesday morning and returned home to Imizamo Yethu with his mother, Pinkie.

A group of Hangberg residents involved in the protest collected the pair from Groote Schuur Hospital, where Ona spent six nights after having a rubber bullet surgically removed from beneath his tongue. “It’s the least we could do,” said Angelo Josephs, whose employer gave a lift to the group. The Hangberg residents also raised about R900 for the Dubulas.

Ona recovered his speech several days ago but still has a large wound inside his mouth. He was in high spirits outside the hospital. “It doesn’t hurt so much,” he said. He was looking forward to resuming skateboarding, his favourite pastime, although his board needs repairs.

Pinkie was relieved to be leaving after returning home just once during her son’s recovery. She spent most nights sleeping in the trauma ward waiting room or on an armchair in the Ear, Nose & Throat unit where Ona was moved after his operation.

“I’ve been worrying so much about my younger children in Imizamo Yethu,” she said. “My sister is looking after them but I prefer to be there myself. It isn’t safe, especially at night.”

She’d been disturbed by comments on Facebook claiming that Ona was an orphan. “I’m his mother and I love my children very much,” she said.

Donations collected by a local student activist enabled her to buy food and airtime during her stay, as well as travel home by taxi over the weekend. The student also cooked a meal for Pinkie, who is unemployed, and lent her a blanket and coat.

Approximately 30 people had donated money via eWallet, the student said, with a further 10 pledging to contribute at the end of the month.

“It is difficult to find words for how much that support meant for me,” Pinkie said.

When the group arrived home in Imizamo Yethu they met Pinkie’s mother, who had travelled by bus from the Eastern Cape. Ona began crying when he saw his grandmother, who looked after him for several years when Pinkie first moved to Cape Town. She will spend at least a week with the family, said Pinkie, who this week began declining media interviews because of fatigue.

The Independent Police Investigative Directorate (IPID) has opened a case of attempted murder following the shooting, which took place at extremely close range. Pinkie is receiving legal support and intends to lay separate charges this week. “I want to make sure it’s done properly,” she said. “How can the police investigate the police?” DM

Photo: Ona Dubula with his mother, Pinkie, and the Hangberg residents who took him home from hospital on Tuesday morning. Photo: Kimon de Greef