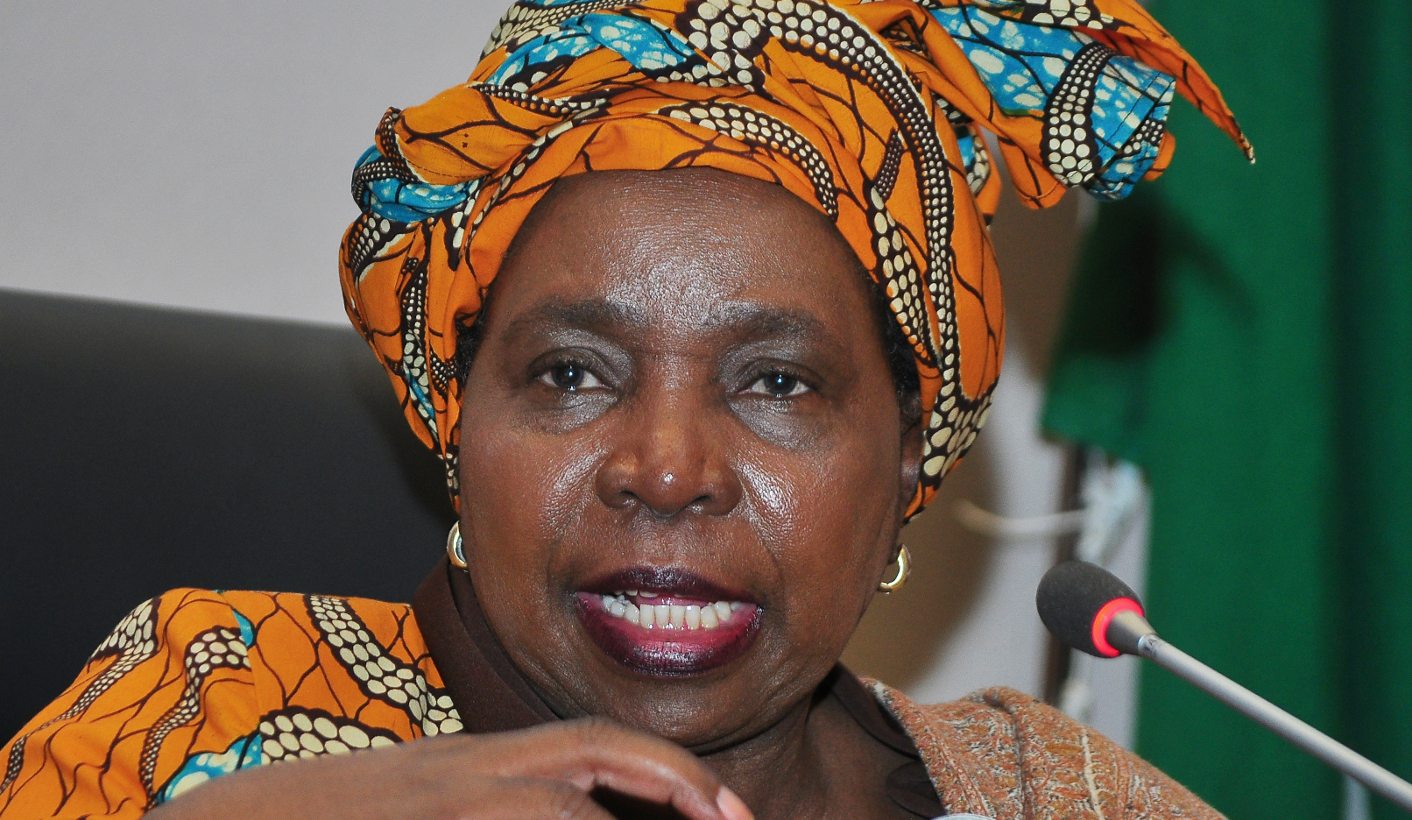 In a year when presidential elections are decided, no stokvel meeting is too small or live event too big to overlook when you are campaigning. Death might be a great leveller, but Nkosazana Dlamini-Zuma seized the chance to get one up on the rest of them by being the keynote speaker at the recently-held Funeral Indaba in Durban. By CARIEN DU PLESSIS.

It is probably one of the most macabre of professions, somewhere in Bell Pottinger zone, but on Tuesday night there was no time to get touchy-feely about this business of seeing off the dearly departed.

Zuma didn’t make it because he happened to have been in New York for a long-scheduled annual engagement at the United Nations General Assembly, and Mngxitama wasn’t spotted at the gala dinner either.

It’s easy to play with metaphors such as that Dlamini-Zuma’s campaign is dead and buried, but judging from the response by the undertakers, South Africa could see more of it.

Dlamini Zuma has been doing quite a bit of lobbying around KwaZulu-Natal in the past day or two. The ANC in the province is in some disarray – which is bad for her campaign – following a court ruling declaring the 2015 conference where the current leadership (which are among Dlamini-Zuma’s biggest cheerleaders) were elected.

Their disbandment – to be decided on at the ANC’s national executive committee meeting this weekend – could mean a boost for the campaigns of Deputy President Cyril Ramaphosa and ANC treasurer-general and former KwaZulu-Natal premier Zweli Mkhize.

On Tuesday, flanked by MK Veterans spokesperson Carl Niehaus (he’s fast becoming part of the furniture in her campaign), Dlamini-Zuma displayed less of the charisma deficit she’s been cursed with than usual, and ironically it was on this grim topic of funerals that she came alive.

Unlike the other speakers, like eThekwini councillor, Nkosenhle Madlala, who stood in for the mayor, and National Funeral Parlours Association of South Africa president Muzi Hlengwa, who spoke with generous helpings of isiZulu, Dlamini-Zuma’s speech was entirely in English.

Madlala listed her achievements in government by means of introduction. He let it be known that Dlamini-Zuma didn’t get to the brink of presidency because of who she married.

Another speaker even let it be known that Dlamini-Zuma has so few scandals that people are saying she’s a Zuma just to taint her (he didn’t expand on why this name is presumed dirty, though).

“When all the Zumas were in exile, we never asked why there were so many Zumas fighting for us,” he countered, to much applause from the 300 or so undertakers and burial experts in their evening finest.

Dlamini Zuma captured the moment by making clear that death was an equaliser which saw no colour or class, and which serves to bring people together in big gatherings, because there are no invites or restrictions to funerals.

Therefore, those in the burial business “serve families and individuals at our most vulnerable times when we are most distraught, when we are grieving,” she said, adding that they also have to work with government because their services require, you know, a death certificate.

Also, remember, she said, these professionals “do their work in the presence of many people, but they do it in the background and almost unnoticed”.

Death might be a great leveller, but the living are still clamouring for equality, so it didn’t take long for the speech to get to radical economic transformation.

Millions have funeral insurance, she said, but like most of South Africa’s economy, it’s the large companies that benefit.

Also, these tend to favour services by other big companies, and smaller companies are excluded, and thus the inequalities are entrenched.

And while most of the people dying in South Africa were black (simple population demographics), most of the (black) funeral undertakers were not into manufacturing. “For instance, I don’t know any black or African casket manufacturer,” she said.

As for radical economic transformation – RET in short – Dlamini Zuma then explained that half the people could not be poor and sit out of the economy, and black banks and businesses should be the norm, and not so few that they could be counted.

She used the opportunity to hit back at businessman Johann Rupert, who said RET was nothing but a code word for theft.

“I heard that somebody said radical economic transformation is just an excuse or something for theft,” she said, adding she was glad the ANC had issued a statement to refute this.

“We can’t have the majority of people sitting out of the economy and say that is normal,” she said, adding black people and Africans should defend the opening up of the economy to all.

She repeated the story she told a comrade in Ethiopia, when that person spoke disparagingly about one of the cities there.

She told the person if everything was removed from the city that was not owned by Ethiopians, and if the same exercise was repeated in Johannesburg with buildings and property removed that don’t belong to Africans, it’s Johannesburg that would collapse.

“Don’t want to wait for somebody to do it for us; we must do it for ourselves.” DM