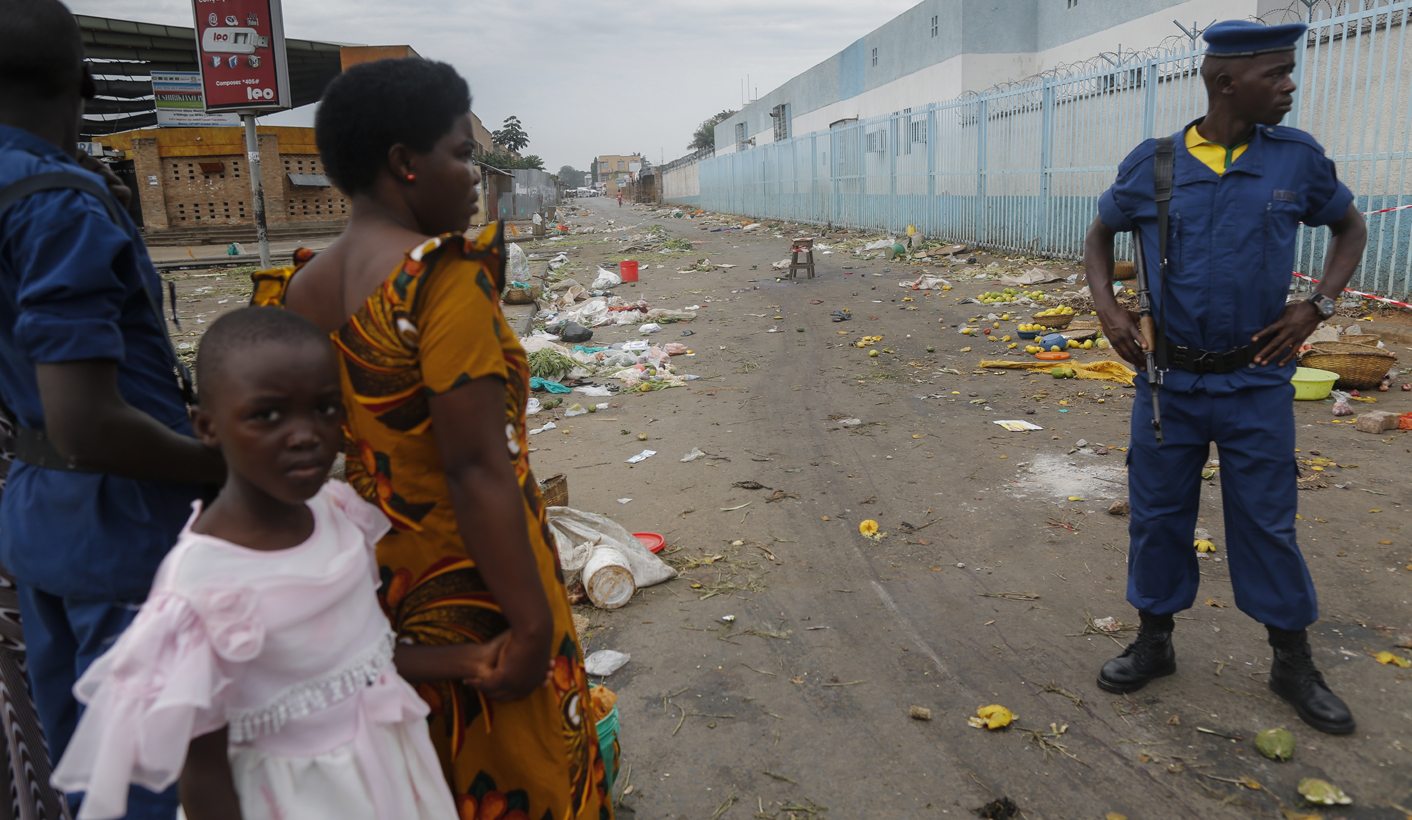 The UN is calling for an investigation after soldiers in the DRC killed at least 36 Burundian refugees.

According to the UN’s mission in the country, MONUSCO, the violence on Friday began during a refugee protest over the expulsion of four Burundians from the country.

Speaking to VOA, an official said the soldiers “were overwhelmed” when the protesters began throwing stones at them.

“One Congolese army officer was killed in the clash, which led to the escalation of violence,” MONUSCO said in a statement. “Congolese defence and security forces allegedly responded through indiscriminate firing on the protesters.”

Burundians began arriving in the DRC two years when their president, Pierre Nkurunziza, announced his intentions to run for a third term, sparking widespread unrest.

The UN’s refugee agency says there are now nearly 44,000 Burundian refugees in the DRC.

A day after a Tanzanian politician vowed to step up the country’s assault on LGBTI rights, 20 people were arrested at a Zanzibar hotel for “engaging in homosexuality”.

The Associated Press reports that the 12 women and eight men had been attending an HIV workshop on Saturday when the arrests took place, with a police spokesman saying they were “rounded up” because homosexuality is illegal in Tanzania.

Just a day earlier, writes AFP, the country’s deputy health minister swore to “fight with all our strength against groups supporting homosexuality in our country”.

Despite homosexuality being illegal in Tanzania, the war against the LGBTI community has only picked up steam in the last two years, fuelled by the populist homophobia of President John Magufuli.

The SADC announced last week that it would deploy troops to Lesotho following the assassination of the army chief there earlier this month.

Lieutenant-General Khoantle Motšomotšo was fatally shot two weeks ago in a confrontation that also killed two of his subordinates, Brigadier Bulane Sechele and Colonel Tefo Hashatsi.

Leaders from around the region gathered last week in Pretoria to discuss a way forward for their smallest and most troublesome member, which has dominated the SADC agenda since a quasi-coup in 2014.

News24 reports that the SADC mission would include military, security, intelligence and civilian experts, though a deployment date has not yet been finalised.

Zimbabwe’s stock exchange last week hit record highs, helped along by an ongoing cash crunch that is leaving people with few options of where to invest their money safely.

According to Reuters, the ZSE’s market capitalisation has more than doubled since January, reaching $8.5-billion this week.

Its main industrial index, meanwhile, hit its highest level since 2009 – “when Zimbabwe dumped its hyperinflation-hit currency in favour of the US dollar”.

And that’s the problem: a worrying pattern of repeating warning signs.

Writes The Zimbabwean: “A stock market running on fumes and not any real fundamentals, a currency crisis and signs of inflation? We have seen this all before. In 2007, just like today, the ZSE became the world’s best performing market… We now know it was all a deception… Then, just as today, the ZSE was being driven by one major factor: investors anxious to get rid of surplus money in a market where they had few other investment options.” DM

Photo: Burundian police officers stand guard at the scene of a double grenade attack in the capital Bujumbura, Burundi, in this file photo taken on 23 May 2015. Photo: Dai Kurokawa/(EPA)