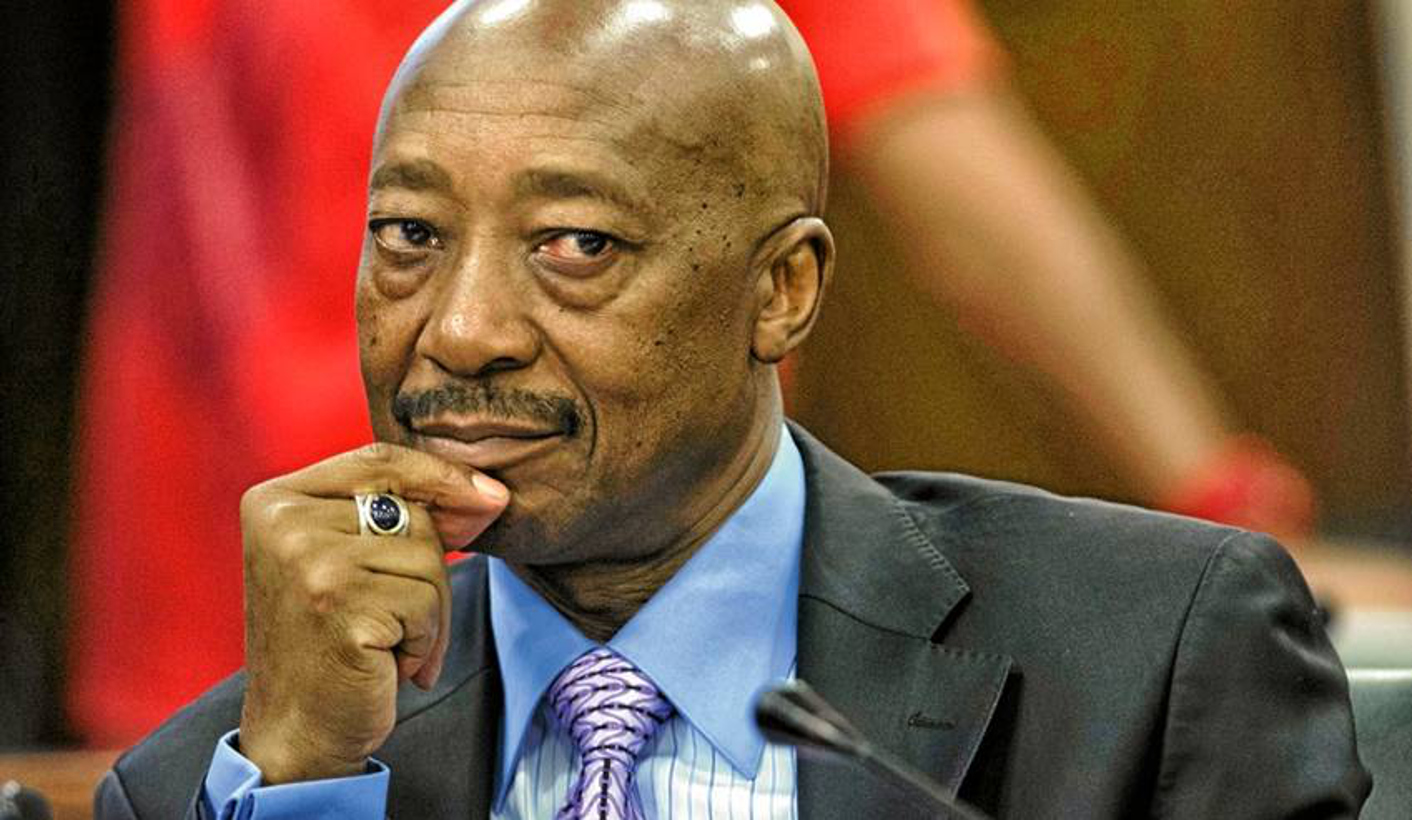 SARS Commissioner Tom Moyane hit out on Monday at KPMG’s repudiation of the findings of a report it completed for the revenue agency on the so-called “rogue unit”. Moyane said he still backs the report and called for action to be taken against KPMG, which he claimed has an agenda. By GREG NICOLSON.

SARS Commissioner Tom Moyane went on the offensive on Monday after auditing firm KPMG last week apologised to the country for failing to implement standard quality controls or meet the auditing firm’s international standards in a report it was contracted to produce for SARS and that was later used to hound former finance minister Pravin Gordhan and other senior SARS leaders viewed as a threat to President Jacob Zuma and his allies.

“I want to say the report by KPMG is not flawed. In fact the report by KPMG confirms conclusions (in other reports), deeply so, that there is prima facie (evidence of) wrong-doing in this organisation, that there was people involved in real serious problems that are not tax related,” said Moyane on Monday at the SARS office in Pretoria. He said the KPMG report matched so closely with other investigations he got goose bumps while reading it.

Moyane claimed KPMG was trying to discredit SARS and said he stuck by the report’s findings despite KPMG’s repudiation that “that part of the report which refers to conclusions, recommendations and legal opinions should no longer be relied upon”.

Eight KPMG executives, including its CEO, resigned last week after KPMG International released the findings of an investigation into allegations against the local office, many of which have arisen in the #GuptaLeaks.

Moyane said he was only informed on Friday morning about KPMG’s decision to make its investigation public. “SARS sees KPMG’s conduct as nothing else but a dismal attempt to portray SARS, its leadership, and in particular SARS Commissioner as incompetent, corrupt, inefficient and involved in a witch-hunt. This is the same narrative that has been perpetuated for years by some treacherous elements within society and the media.”

He suggested it was suspicious that 18 months after the report was finished, KPMG was distancing itself from its own work. He called on government authorities to investigate whether KPMG had an “agenda”. “I don’t have a particular name or persons. An agenda can be as broad as anything,” he said.

SARS is considering taking action against KPMG, including: instituting legal proceedings for reputational damage; reporting it to statutory bodies; asking the finance minister to blacklist the company from government work; ceasing current work with KPMG and reviewing the last 10 years of work with the auditor; and reporting KPMG to Parliament for investigation.

While SARS threatened legal action, the move could backfire if KPMG was to challenge this. There is much dirty laundry that could be aired to the detriment of both.

Moyane said on Monday the KMPG report, because it was commissioned and paid for by SARS, belonged to the agency and that it would do with the findings and recommendations what it wanted to.

He explained that the service agreement with SARS rendered the report the revenue agency’s exclusive intellectual property and claimed KPMG did not have the right to withdraw it.

In the midst of the press conference a message from a KPMG communications official was read out claiming that the report had not been unilaterally withdrawn, just its findings and conclusions.

The commissioner dismissed claims that the KPMG report was used to discipline officials like former acting commissioner Ivan Pillay, Pete Richter and Johan van Loggerenberg. “SARS wishes to categorically state that the allegations that the KPMG report was used as the basis for disciplinary actions as well as the institution of a criminal offence are at best false and at worst deceitful, and aimed at misleading the people of SA,” said Moyane, listing a timeline of events.

He claimed that action came as a result of the Sikhakhane report, which was confirmed by an advisory board led by Judge Frank Kroon.

There are ongoing allegations that KPMG officials were too close to SARS leaders and their desired outcomes as they prepared the report, even copying and pasting recommendations from SARS lawyers.

Gordhan said this weekend: “The saddest consequences about this is the negative impact it has had on the lives of all those that were and continue to be persecuted.” But Moyane either didn’t want to comment on the dozens of executives who have been purged from SARS or go into detail about those under criminal investigation. He admitted, however, that he gave a copy of the KPMG report to the Hawks, who ramped up their investigation of Gordhan shortly after the report’s completion.

Parliament’s standing committee on public accounts (Scopa) chairperson Themba Godi said KPMG must explain to Parliament why it should continue doing business with the state after its recent loss of credibility. ANC MP Mnyamezeli Booi, who sits on Scopa and was at the SARS briefing, in a statement said KPMG must account for “what appears to be politically motivated immoral and unethical conduct”.

The KPMG admission has put Moyane in a difficult position, but instead of retreating, or resigning, he seemed battle ready on Monday. His space to operate, however, looks to be shrinking and his attempts at diversion becoming increasingly transparent. DM