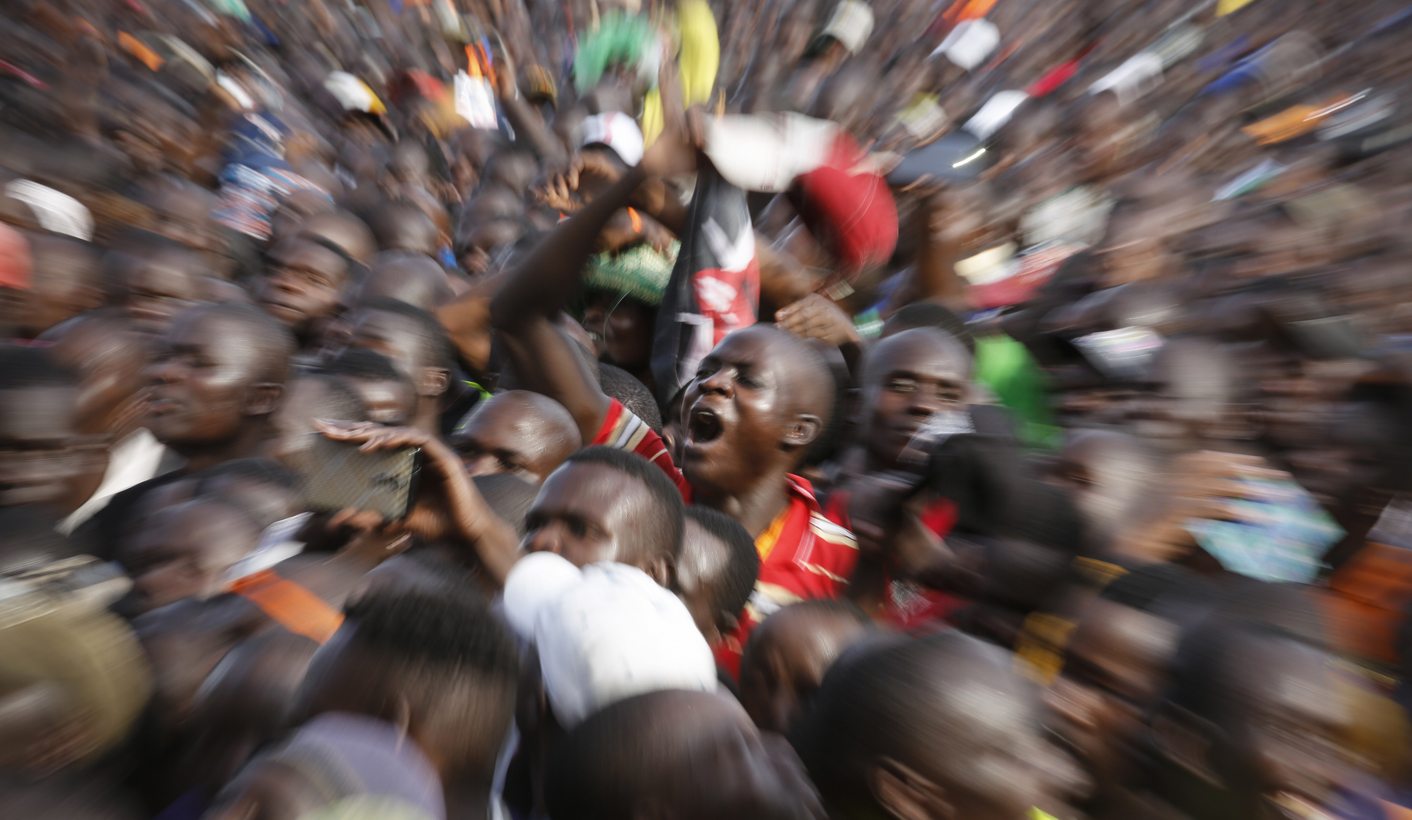 With less than five weeks to go before Kenyans return to the ballot box, perceptions that the forthcoming vote will be free, fair and inclusive – and yield an outcome respected as such – appear to be dwindling. By RYAN CUMMINGS.

Calls by the opposition leader, Raila Odinga, to remove and prosecute the Independent Electoral Boundaries Commission (IEBC) team responsible for organising the 8 August general elections – which was rendered constitutionally flawed in a 1 September Supreme Court ruling – have not been heeded. Although IEBC chairman, Wafula Chebukati, selected a new seven-member team to coordinate the electoral re-run, the committee’s planning would still be overseen by IEBC CEO, Ezra Chiloba, who Odinga has directly charged with rigging the vote in President Uhuru Kenyatta’s favour. A failure to remove Chiloba from his post and have him prosecuted for his alleged malfeasance has seen Odinga and his National Super Alliance (Nasa) coalition threaten to enforce the cancellation of the forthcoming election.

Odinga’s threats in this regard have been dismissed by Kenyatta and the ruling Jubilee Coalition who inferred that the elections will proceed on 17 October whether or not Nasa chooses to contest the ballot. The statement was one of many provocative remarks made by President Kenyatta during a 12 September parliamentary session which was largely boycotted by lawmakers from Nasa’s constituent parties. In the same address, Kenyatta also controversially threatened to use Jubilee’s parliamentary majority to have Odinga impeached from office should he win the presidential election re-run.

For his part, the Nasa leader has similarly done little to defuse the tense situation. Apart from boycotting the parliamentary session on the basis that Kenyatta lacks the legitimacy to preside over the event, Odinga used the opportunity to hold a rally in Nairobi’s Kibera slum where he reiterated that elections will not take place on 17 October if his demanded reforms are not met. In an equally inflammatory gesture, Odinga has begun openly canvassing within the Kisii community of Chief Justice David Maraga who overturned Kenyatta’s electoral victory.

While much of the political mudslinging has been worryingly spearheaded by the presidential claimants, divisive rhetoric has also occurred at lower levels of the rival political organisations. On 11 September, Kenyan police detained a lawmaker of the ruling coalition and a former opposition senator for inciting hate speech. Jubilee Member of Parliament, Moses Kuria, was arrested following a controversial public address in which he called for a “manhunt” of Odinga supporters who had publicly celebrated the court ruling invalidating Kenyatta’s electoral victory. Following his statement, Kuria supporters reportedly established a roadblock in his native Gatundu South constituency where they checked the identity cards of motorists for their ethnicity, and associated political support, in scenes reminiscent of the violent period which followed the disputed 2007 polls. However, unlike a decade ago, no incidents of violence were reported on this occasion. A day prior to Kuria’s arrest, former senator for the Wiper opposition party, Johnstone Muthuma, was similarly detained on hate speech charges. This related to defamatory statements made by Muthuma against President Kenyatta and his family during a rally the former senator addressed at the Wangige Market in Kikuyu, Kiambu County, on 5 September.

Although the relatively swift arrests of both Kuria and Muthuma will go a long way to reinforce perceptions of police neutrality in Kenya’s polarised political climate, they also underscore how tensions are increasingly manifest in actions and commentary by political figures which could catalyse spontaneous outbreaks of ethno-political violence. Moreover, while authorities have demonstrated the mettle to arraign inciteful politicians, little is being done to curb the provocative rhetoric of Odinga and Kenyatta who should be calming tensions instead of further inflaming them. The concern here is that if the respective political leaders continue to say and do things which are incongruent with the execution of a peaceful vote, it may not be long before their political support bases increasingly say and do the same. DM

Ryan Cummings (@pol_sec_analyst) is a Director of Africa-focused risk management company, Signal Risk (www.signalrisk.com), and a co-founder of the My Travel Risk (www.mytravelrisk.com) web-app.

Photo: Supporters of Raila Odinga, the leader of The National Super Alliance (NASA) opposition coalition and its presidential candidate, cheer as they listen to Odinga’s speech during his campaign rally in Nairobi on 17 September 2017. Odinga once again reiterated that opposition will not take part in presidential election re-run unless the electoral body Independent Electoral and Boundaries Commission (IEBC) is reconstituted by removing some of its officials. The presidential election re-run is set for 17 October 2017. Photo: Dai Kurokawa/(EPA)