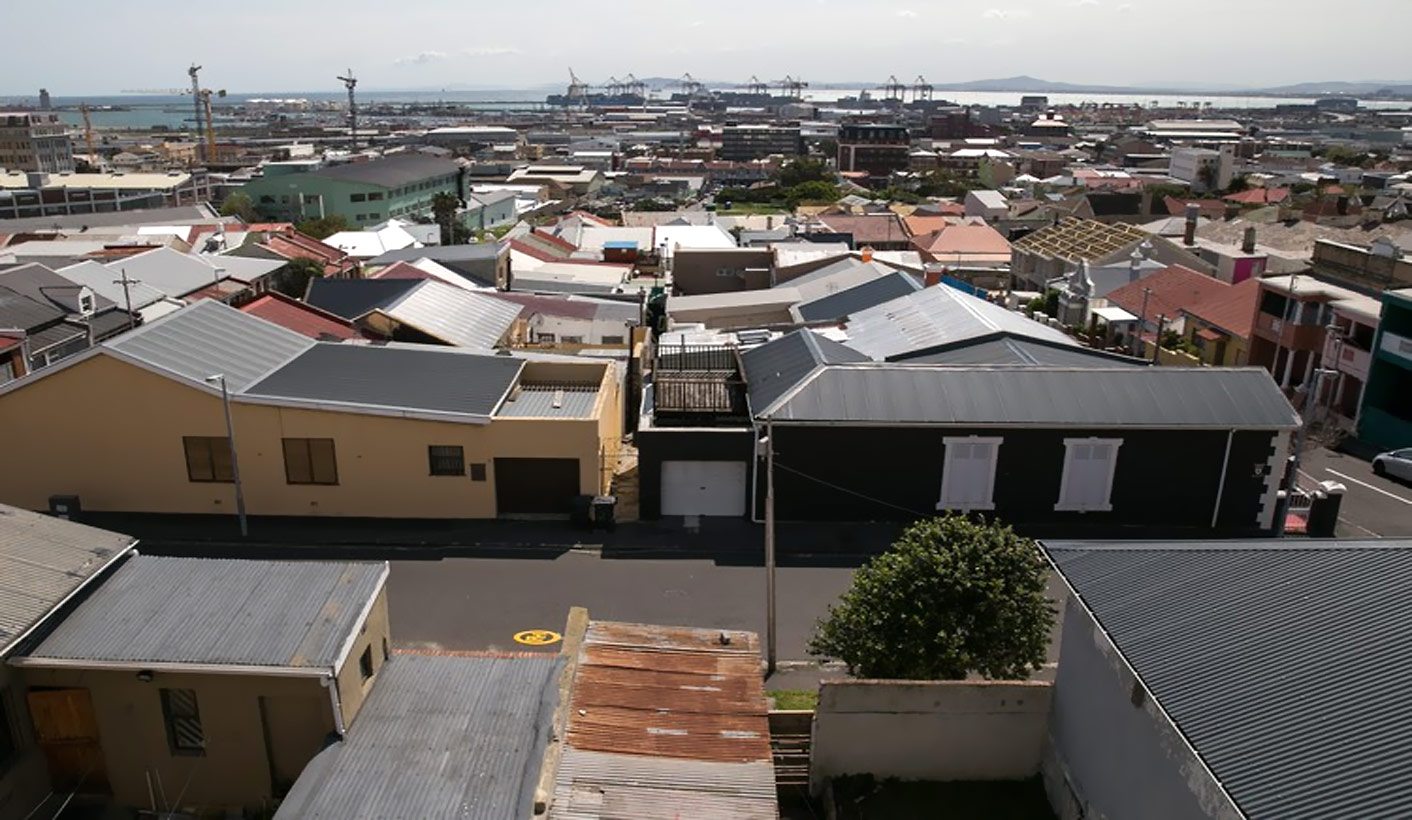 The City of Cape Town has committed to turning 13 sites near the city centre into homes for low-income households. The move even received praise from one of the city’s staunchest critics, Zackie Achmat. By Will Yoder, with photos by Ashraf Hendricks, for GROUNDUP.

On Wednesday the City of Cape Town announced a new plan for future affordable housing developments. All of the sites are within 5km of the city centre and have good access to public transport.

The site on Drury Street, near Roeland Street, is currently leased by Fruit N Veg. It will soon be available for an affordable housing development.

The site on Canterbury Road is to be available for development at a later stage.

The site on New Market Street, which sits on a MyCiTi bus line, will be available to private developers for affordable housing.

The site on Upper Coventry road is currently vacant, and will be available for a future development.

This Pine Road site is to be developed first, with current residents being moved to transitional housing on Pickwick Road.

The City estimates that the final developments should benefit at least 4,000 lower-income households.

A smaller lot on Pine Road has been marked for future development.

The Dillon Lane site is to be developed after Pine Road. The plot is about 100 metres from Victoria Road.

The Woodstock Hospital Site is among the largest of the sites. It is well within walking distance of Victoria Road and public transport.

The Woodstock Hospital Park will be developed on the condition that the project includes open space and accommodates the crèche currently on the site.

The development at the Salt River Market is to include Social Housing, GAP rental housing, as well as retail and office space.

The Woodstock Hospital site is among the areas marked for development.

The James Street site is to be developed into transitional housing for people currently living at the Salt River Market.

The Pickwick Road Site is the largest of the sites marked. It is a few hundred metres from Victoria Road.

A portion of the Pickwick Road site is to be used as transitional housing for people currently living on the Pine Road site.

Housing activist Zackie Achmat wrote on his Facebook page: “Today, a real thank you to Mayor Patricia de Lille and Mayoral Committee member Brett Herron. … No negativity from comrades today. Celebrate your own role in this.” DM

Main photo: View of Woodstock from Taliep Petersen Bridge. Many of the sites are situated in the vicinity. All Photos Ashraf Hendricks

Will the AU Peace and Security Council do better in 2020?