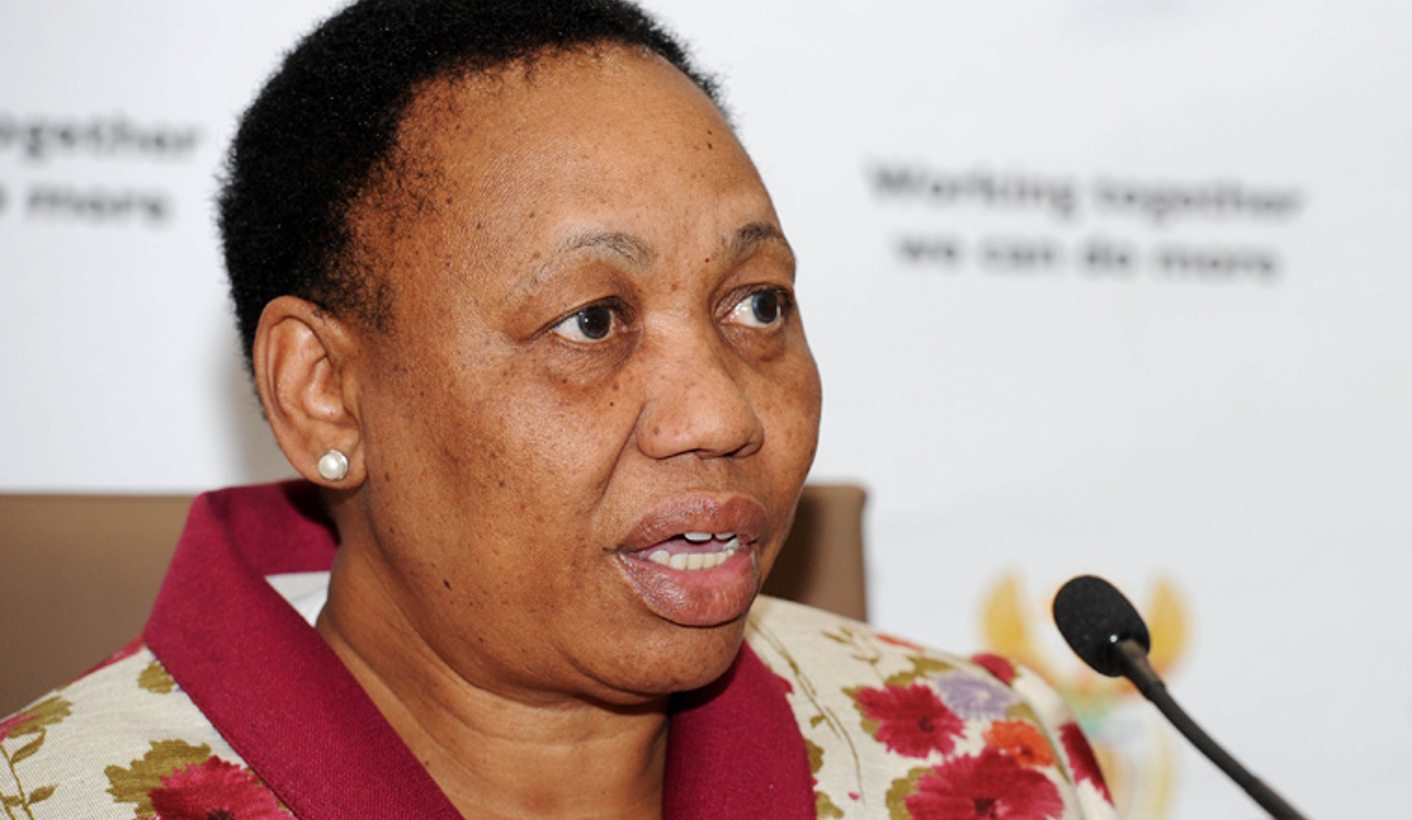 The Department of Basic Education is under fire for shifting blame and not putting in place contingency plans. By Alicestine October and Sune Payne for GROUNDUP.

Amid protests that threaten to shut down the beleaguered town of Vuwani in Limpopo, the Portfolio Committee on Basic Education has slammed the Department of Basic Education for failing to put in place a contingency plan for students to be able to write their examinations.

This follows four months of violent protests that began last year and spilled over into 2017. More than 20 schools were torched and hundreds of learners were unable to complete matric. The year’s schooling was brought to an abrupt and incomplete halt.

Vuwani residents took to the streets last month. This followed assurances by President Jacob Zuma made in May that they would be incorporated into the Vhembe District Municipality. But this didn’t happen.

Instead an office of the newly established council in Malamulele was opened in the town. This reignited Vuyani protests and the shut down began on 4 September. By then preliminary matric exams had begun.

Concerns over disruptions to learners’ education again were immediately raised, but so far any efforts to maintain school services have been abandoned. To date it is understood that Grade 12 learners have been unable to write examinations in geography, agriculture, Tshivenda home language, business studies and economics while writing English and Life Sciences remains uncertain.

The response of the Department of Basic Education was that plans will be made to catch up with the preliminary examinations that were not written once the situation in Vuwani has returned to normal.

The committee was told by the Director General of the department, Mathanzima Mweli, that the community was purposely closing schools and using their children as weapons in their protest, something he said he had never seen anywhere else in the world.

The Vuwani conflict has become a blame game, with the education department arguing that the protest is not education-related and therefore there is little that can be done by the department. “As education authorities we are to a very large extent constrained in terms of meaningful interventions,” Mweli said.

He called for another meeting, this time with other departments including the department of Cooperative Governance and Traditional Affairs to find a solution to the crisis in Vuwani.

But the committee was having none of that. MP Nomsa Tarabella-Marchesi rejected Mweli’s claim and lambasted the department for not planning in advance for the possibility of a shut-down, especially at the start of preliminary matric examinations.

“I think it is absolutely unacceptable for the department today to say that it has nothing to do with us, when it affects the learners,” Marchesi told officials from the department.

DA MP Sonia Boshoff said the department had known that there was a problem in Vuwani “that could flare up again”. She told the committee: “We cannot allow this to happen. At the end of the day we are here to ensure teaching takes place for learners, not to make the department look good.”

Acting chairperson of the committee Nthibane Mokoto told MPs that although it is their responsibility to raise issues they can’t just reprimand the department for not planning properly or not prioritising some of the issues. Mokoto said that MPs should provide guidance to the department.

After the previous disruption in Vuwani the South African Human Rights Commission (SAHRC) had been called in to investigate if the right to basic education had been violated. In its report the commission warned that there was a need for a contingency plan to be put in place for schools as the situation remained volatile.

The SAHRC’s report, released almost a year ago, recommended that the Department of Basic Education (DBE) “must develop a National Public Protest Response Team which will include relevant departments to establish early warning systems and provide clarity on the roles and policy of each department when protests take place” – specifically when it threatens access to education.

The SAHRC’s report was tabled in Parliament and considered by MPs in the Portfolio Committee in May. Basic Education Minister Angie Motshekga dismissed the recommendation of the SAHRC saying it is the President’s prerogative to establish inter-ministerial teams. The record of the meeting published by Parliamentary Monitoring Group noted Motshekga undertook to take the commission’s report to Cabinet as she could not “fully commit to the recommendations in the report by the SAHRC if the Cabinet had not agreed with it”.

Whether this reached the Cabinet is not known. But shortly before the latest protests erupted in Vuwani, the Portfolio Committee’s report on the SAHRC’s findings were considered by the National Assembly at a plenary sitting on 23 August – almost a year after the commission released its report.

SAHRC Commissioner Andre Gaum made it clear to the portfolio committee that “the overarching theme of the report was that the schools were not the guilty party” and the report had not singled out the Minister of Basic Education to address the causes of the protests. “However, it was the schools that were affected the most. Therefore, within its scope, the DBE could lead the other departments to resolve the issues by voicing the concerns of the affected learners with the implications suffered.”

Vuwani has 26 secondary schools. The department says 1,657 matriculants who are supposed to be writing their preliminary examinations have been affected by the shut-down. DM