Book Review: The anti-psychotic case for a post-GDP growth world 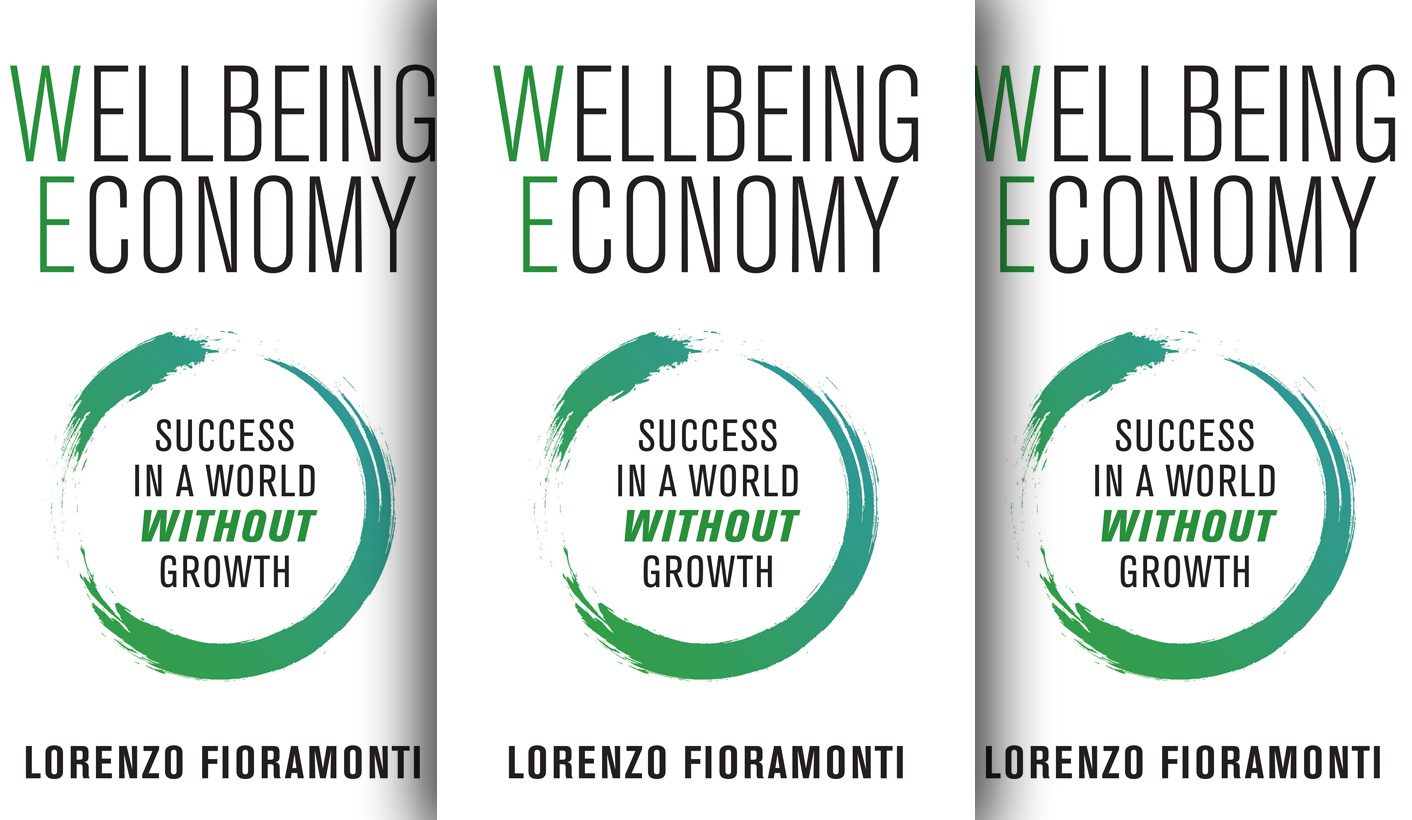 What does sanity look like in a world that’s gone mad? As humanity approaches the bottom of its resource bucket, this question is consuming an increasing number of economists, none more so than the University of Pretoria’s Lorenzo Fioramonti. Big Oil, Big Mining, Big Food, Big Pharma —they are all ultimately the same, his book reminds us, because they are all the hell-spawn of a system that demands eternal growth. So what are the alternatives? By KEVIN BLOOM.

At Western Michigan University in the final weeks of 1963, Dr Martin Luther King Jr gave one of the most important speeches of his life. The speech was addressed to the discipline of modern psychology, and its focus was the term “maladjusted”, which had by that point been separated from the rest of the English language to serve the agenda of the discipline itself. Maladjusted, as the child psychologists were cautioning the world, was something you did not want your kids to become—the label was a precursor to a range of conditions, they warned, beginning in mild neurosis and ending in chronic schizophrenia. In other words, according to modern psychology, the human being in Western society faced a choice between adjustment and psychosis.

The great American civil rights activist then called for the establishment of a new organisation on Earth: The International Association for the Advancement of Creative Maladjustment. Had he lived long enough to shepherd the association from dream into reality, it would probably have counted Lorenzo Fioramonti among its members.

In his nine books, including the best-selling Gross Domestic Problem: The Politics Behind the World’s Most Powerful Number, Fioramonti has cast himself as a political economist with limited respect for the establishment. Like his friend Kumi Naidoo, the former CEO of Greenpeace—who has been known to recite MLK’s maladjustment speech by heart—he sees zero percentage in sucking up to The Man. Fioramonti’s latest book, Wellbeing Economy: Success in a World Without Growth, opens with a section called “(Un)acknowledgments”, in which he names the organisations that seek to undermine improvements in the ways that human beings produce and consume. Top of the list are the fossil fuel and mining conglomerates, with a special mention for the academic institutions that accept their funding. Next come the commercial banks, whose great talent is to place people in debt.

“Finally,” writes Fioramonti, “I would like to ‘unacknowledge’ the politicians and public administrators who, despite their sheer ignorance about the dark sides of growth, believe they know better than the thousands of innovators, social entrepreneurs, scientists and activists who are already building the wellbeing economy described in this book.”

And so, with this knee-jerk reaction on the book’s second page, the author has clued us into the easiest way to dismiss him—the charge that he lives and works on the margins. Or, as he put it to Daily Maverick: “People always tell me that I’m not being realistic.”

The following 230 pages are testament to the fact that it doesn’t get more real. Remember Larry Summers, former chief economist at the World Bank, treasury secretary in Bill Clinton’s cabinet, and professor emeritus at Harvard? Turns out that once upon a time it was Summers’s idea to dump the toxic waste of rich countries “in Africa”. According to a confidential memo that Summers composed when he was at the World Bank, the continent’s “under-population” meant that it was “vastly under-polluted”. What Fioramonti takes away from this anecdote, apart from the fact that it is gobsmackingly scandalous, is a powerful critique of the notions of “growth” and “economies of scale”.

Would Summers have made the same argument if he lived in Africa? Fioramonti leaves the question open, contending that the “Big is Beautiful” mantra of neoliberal economics, with its scalability dogma as worshipped by private business, has resulted in a “convenient dissonance” between the executive managers of multinational corporations and the global markets they target. For the author, the enormous distances between corporate headquarters and far-flung customers doesn’t just compromise the ability of these behemoths “to adapt to changing expectations among clients,” it also renders them “more reckless about unintended impacts.”

Still, as per the subtitle, this is a book about what to do when everything falls apart—if there is indeed going to be “success in a world without growth,” then Fioramonti, who holds the Unesco-UNU Chair in Regional Integration, Migration and Free Movement of People and is the director of the University of Pretoria’s Centre for the Study of Governance Innovation, must show us how.

“In the natural world, things hang together in harmony,” he writes, in a sub-section in chapter 2 titled “From the obsession with scale to ‘right-sizing’”. “They don’t grow indefinitely. Buds blossom and flowers expand until they reach some type of equilibrium with the external environment. This is the result of an efficiency calculation: the best possible shape is the one that maximises inputs of nutrients while minimising outflows of energy. A tiny bit bigger would lead to more exposure to external threats, while a little bit smaller would result in the under-provision of essential resources, for example, light and water.”

So now we know: Fioramonti takes his inspiration from nature. The natural habitat, he reminds us, is where we get the stuff that makes life possible. In a Republic of Wellbeing, children would be wise to the fact that food, water and medicines don’t really come from the shops; such a republic would be built on a network of small-scale permaculture farms at the expense of industrial mono-crop agribusinesses, which would squeeze the goodness out of Monsanto’s share price and put it back in the soil. The looming developing world food crisis—which economists like Fioramonti believe is less than five years away—would thereby be averted, and a semblance of balance restored. And what about the technological triumphs that humanity has achieved since the Industrial Revolution? The best of them, says Fioramonti, would stay.

“The massive roll-out of renewable energies through an integrated network of small producers will give rural areas, where natural resources are more easily accessible, a significant advantage compared with cities. People-driven agriculture, as opposed to commercial farming, has the potential to revolutionise food production in the same way that post-industrial artisanship can reinvent manufacturing. Modern knowledge and traditional practices can be merged through a very efficient production process based on customisation, high quality, low waste and no negative impacts.”

Tell that to the Koch brothers. Big Oil, Big Mining, Big Food, Big Pharma —they are all ultimately the same, this book reminds us, because they are all the hell-spawn of a system that demands eternal growth.

And yet, the majority of economists remain captured. “I believe that poverty is unsustainable too,” an unimpressed South African policy expert told Daily Maverick, with reference to Fioramonti’s work. “I’m not a zero-growther.”

He was saying, in other words, that only growth can deliver the poor from their purgatory. Seen through the lens of the maladjustment metaphor of Martin Luther King Jr, this rival economist—in every way a smart and honest guy — had chosen the side of power. DM