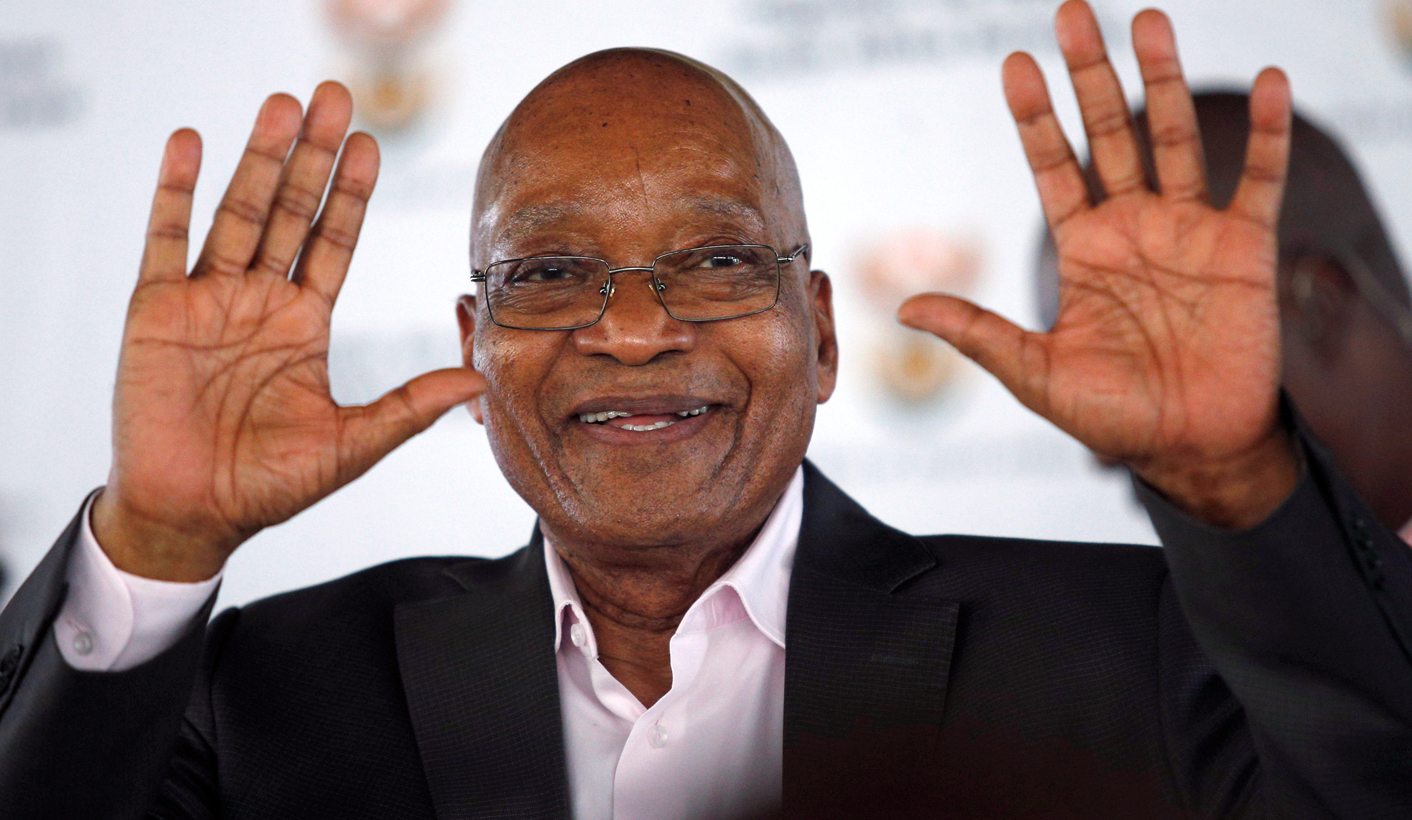 On Thursday, the Supreme Court of Appeal needed less than four hours to conclude its hearings. The case at hand: President Jacob Zuma and the National Prosecuting Authority’s appeal against a lower court’s judgment that the decision to drop Zuma’s corruption charges was irrational. As it turned out, pretty much everybody in the courtroom was on the same page, agreeing that the decision to drop the charges was incorrect. This consensus means that the Supreme Court will now almost certainly dismiss Zuma’s and the NPA’s appeal, meaning that corruption charges will be reinstated against Zuma. So what’s the plan on the part of Zuma’s wily legal counsel? By REBECCA DAVIS.

“This is not a battle where you send a champion out and have a little fight and that’s it – this is more like Stalingrad,” Zuma’s advocate Kemp J Kemp once said about President Jacob Zuma’s team’s approach to corruption charges against him. “We will fight them in every room, in every street, in every house.”

On Thursday the Supreme Court of Appeal (SCA) provided a stage for what this combative policy ends up looking like in practice. Having pursued their attempt to have corruption charges against President Zuma dropped, all the way to the Supreme Court, Zuma’s counsel ended up conceding that the 2009 decision to withdraw charges against Zuma was irrational.

The same concession was made by the advocate representing the National Prosecuting Authority (NPA), Hilton Epstein. Epstein seemed to have a particularly bloody day in court, resting his case with the words: “I have no further submissions to make to damage my case even further.”

Both Kemp and Epstein seemed no match for presiding SCA Judge Mahomed Navsa, who was not in the mood for nonsense.

Epstein initially sought to reiterate the NPA’s 2009 argument that the prosecution of Zuma was driven by political motives. The advocate argued that the transcripts of conversations between former Scorpions head Leonard McCarthy and former NPA boss Bulelani Ngcuka provided evidence of political interference in the process.

“The ulterior motive was to take [Zuma’s] prosecution and use it to manipulate who would become the president of the country,” Epstein said. He pointed to evidence from the conversations that the timing of Zuma’s charges was deliberately delayed to after the ANC’s 2007 electoral congress in Polokwane to avoid the possibility that Zuma’s supporters would rally to protect him pre-congress, preventing Thabo Mbeki being re-elected as ANC president.

This manipulation of timing, said Epstein, was “plainly irregular”.

But even if this was true, said Judge Navsa, how does it nullify the entire case against Zuma? If the only issue is the timing of Zuma’s indictment, “how does that make the prosecution a bad one?” he asked.

Epstein conceded that the merit of the case against Zuma was not in doubt. He told the court that a “prima facie case” against Zuma unequivocally exists.

What Epstein seemed to reveal most prominently on behalf of the NPA was, in a word, anxiety. The advocate relayed to the court NPA head Shaun Abrahams’ concerns about what the SCA outcome might mean for him.

“If the decision [to drop charges against Zuma] is set aside, what does [Abrahams] do?” Epstein asked.

The SCA bench displayed some tetchiness in handling the subject.

Judge Azhar Cachalia expressed bemusement. “What is Mr Abrahams’ problem?” he asked, pointing out that only two options were available. Either Zuma’s appeal succeeded, in which case the case was over, or the prosecution would continue.

“Why is this an anxiety?” asked Judge Navsa, saying later: “I don’t get it”.

Epstein spelled it out as clearly as he could: “Mr Abrahams wants to know what to do.”

In other words, Abrahams appeared to be asking the court to specify in its judgment that the charges against Zuma must be reinstated – in order to prevent Abrahams being seen to have pursued that line on his own.

This anxiety on Abrahams’ part will do little to dispel the perception that the current NPA head lacks a certain degree of backbone.

In fairness, it’s not just Abrahams seeking the court’s help in that regard. In a statement after the day’s proceedings, the DA’s James Selfe called on the SCA to use its judgment to “give some clarity on how the National Prosecuting Authority should deal with this revived prosecution”.

The question of what will happen next was clearly also on the mind of Zuma’s advocate, Kemp J Kemp. “It cannot suddenly be that because the [NPA’S 2009] decision [to drop charges against Zuma] has been found wanting, that all the procedural elements carry on as if nothing has happened,” Kemp suggested to the court.

This line of reasoning provides a hint as to Zuma’s counsel’s next move: to make new representations to the NPA – i.e. Abrahams – on why Zuma should not be charged.

Judge Navsa warned that it was not within the SCA’s remit to dictate exactly what procedures should be followed after the court’s ruling.

“The indictment will be served anew, then you do what you must do and Mr Abrahams must do what he must do,” Navsa said.

Judge Cachalia had earlier pointed out that the length of time that has now lapsed since the original case against Zuma was built might present problems.

“It might be, nine years later, that the NDPP [National Director of Public Prosecutions] says that a key piece of information has disappeared – in which case Abrahams would be within his right not to continue the prosecution,” the judge cautioned.

For the DA’s legal representative Sean Rosenberg, it was an easy day in court.

“It appears to be accepted on behalf of Zuma’s team that the consequence of the setting aside [of the NPA’s 2009 decision to drop Zuma’s charges] is that the original decision to prosecute stands,” Rosenberg said. He too urged the court to be as clear as possible in its judgment as to the next steps involving serving Zuma with a fresh indictment, “so that nobody can be under misapprehensions”.

On the surface of it, Thursday’s events in the SCA might seem like a great victory for the DA and those who want to see President Zuma face his day in court. But the battle is by no means won – as a relatively muted statement from the DA’s Selfe made clear after Thursday’s court proceedings.

“Should it be necessary, the DA will continue to pursue this case to ensure Jacob Zuma is made to face all the charges against him and that, if found guilty, he is held accountable to the full extent of the law,” Selfe stated.

It will still take weeks, or even months, for the SCA to deliver its formal verdict. From there, a further legal approach to the Constitutional Court is still possible, though unlikely to succeed. Even after that, however, Zuma’s day in court will still be dependent on the NPA’s Abrahams finding the mettle to serve a fresh indictment.

Zuma’s lawyers are also known for being some of the canniest in the land.

“Which irons are you keeping hot in the fire now?” Judge Cachalia asked Kemp at one point on Thursday. You can bet that some irons are still being heated. DM

Photo: President Jacob Zuma greets supporters during a rally following the launch of a social housing project in Pietermaritzburg in April this year. Photo Rogan Ward/(Reuters)