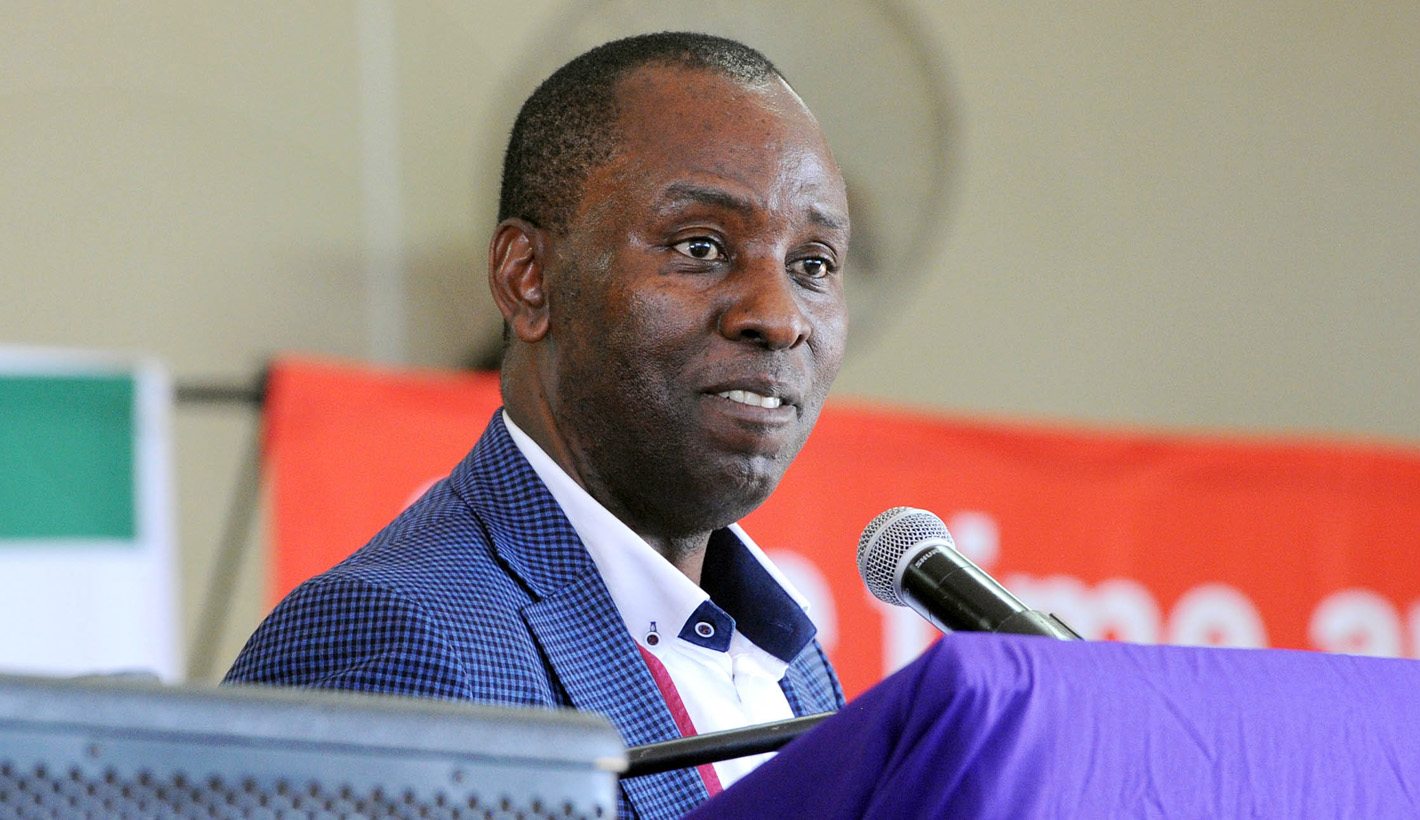 Mineral Resources Minister Mosebenzi Zwane’s mining charter threw the industry into turmoil. Despite backing the charter, he hasn’t yet been able to defend it in court, once again postponing the review application from the Chamber of Mines. By GREG NICOLSON.

The Department of Mineral Resources on Thursday welcomed the decision by the North Gauteng High Court to allow for a postponement in the application by the Chamber of Mines to challenge the third edition of the mining charter. The department also welcomed the court’s decision that the case will be heard by a full bench when it finally comes to court on 13 and 14 December.

“The ministry is of the view that this matter should be resolved speedily as part of government’s efforts to addresss growing impatience and anger experienced by sections of our country’s population as a result of continued marginalisation, especially in key economic sectors of our country,” said a statement issued by Mineral Resources Minister Mosebenzi Zwane’s office on Thursday.

Zwane’s latest iteration of the mining charter, released in June, which includes increased black ownership targets as well as other questionable and confusing requirements of mining companies, has shaken the industry. It’s bleeding jobs and the Chamber of Mines has challenged Zwane’s charter in court.

The case against the controversial mining charter was meant to be heard this month, but Zwane wrote to the court asking for yet another delay. The minister, the chamber and the court agreed he wouldn’t implement the charter until the case was heard and dedcided on in December.

“The minister’s written undertaking is in stark contrast to the comments he made last week at the Africa DownUnder Conference in Perth, Australia, where he told the international mining community that the reviewed mining charter is ‘law’ and that companies have 12 months within which to comply with the charter,” said the Chamber of Mines on Thursday.

“His comments caused further damage to investor confidence in an industry already struggling to secure investment. The minister’s latest written undertaking now includes a commitment to provide clarity about his undertaking to suspend implementation whenever he discusses the charter in the public domain.”

The third edition of the mining charter introduced a number of controversial regulations for companies. The Chamber of Mines called it “illegal”, “unconstitutional” and “stupefying”.

The new mining charter requires companies to achieve 30% black ownership within a year, while also imposing other stringent measures on companies, such as forcing them to pay 1% of turnover to their empowerment partners, which would leave very little for other shareholders. The charter also includes naturalised citizens as potential mining empowerment partners, which given Zwane’s relations with the family obviously looks intended to benefit the Guptas.

Zwane has criticised the Chamber of Mines for taking his charter on judicial review. He claimed the Chamber is determined to block transformation and the meaningful participation of black people in the mining and minerals. Unfortunately, the minister has again delayed court proceedings to resolve the issues.

The mining industry meanwhile remains in limbo and continues to shed jobs. Zwane said the new charter was drafted after analysing the pros and cons of previous versions and it’s clearly within his responsibilities to develop a new version. He says the Chamber’s interdict application, which will now be heard in December after the minister again asked for more time to respond, cannot stand.

The National Union of Mineworkers (NUM), which has applied to join the court case, on Thursday said it was happy the new court date came with strict deadlines for the filing of court papers. “This paves way for the speedy resolution of the matter, let alone the fact that the review application will be heard by a full bench (which is highly appreciated),” said NUM in a statement. “In the meantime, we are calling on all parties to consider the possibility of finding an amicable solution before the specified court date, in which we will focus on creating a sustainable mining industry inclusive of employees and communities.”

Both the Chamber of Mines and Zwane’s office have suggested they’d like to negotiate further, but after Zwane passed the charter with little consultation it looks as though the courts will be the only option to resolve the matters.

A report from Deloitte, released on Thursday, urged the parties to come together. It read: “Amid the current economic environment and the uncertainty surrounding the charter, the need for shared value thinking has never been as critical. In order for the mining industry to contribute positively and sustainably to the South African economy, all stakeholders need to engage, discuss and commit to measures supporting genuine inclusive growth.”

That’s what the mining industry needs, but it won’t happen. Chamber CEO Roger Baxter last week called out Zwane’s poor leadership skills (not to mention the serious evidence of him acting as a Gupta stooge). Baxter said the industry had lost confidence in Zwane and his charter was designed to benefit a few elite individuals at the expense of the industry. At the same conference, Zwane claimed the charter was now law, before his office asked for an extension to delay court proceedings over challenges to the same charter.

The only way the matter will be resolved is through court, once Zwane is finally ready. DM