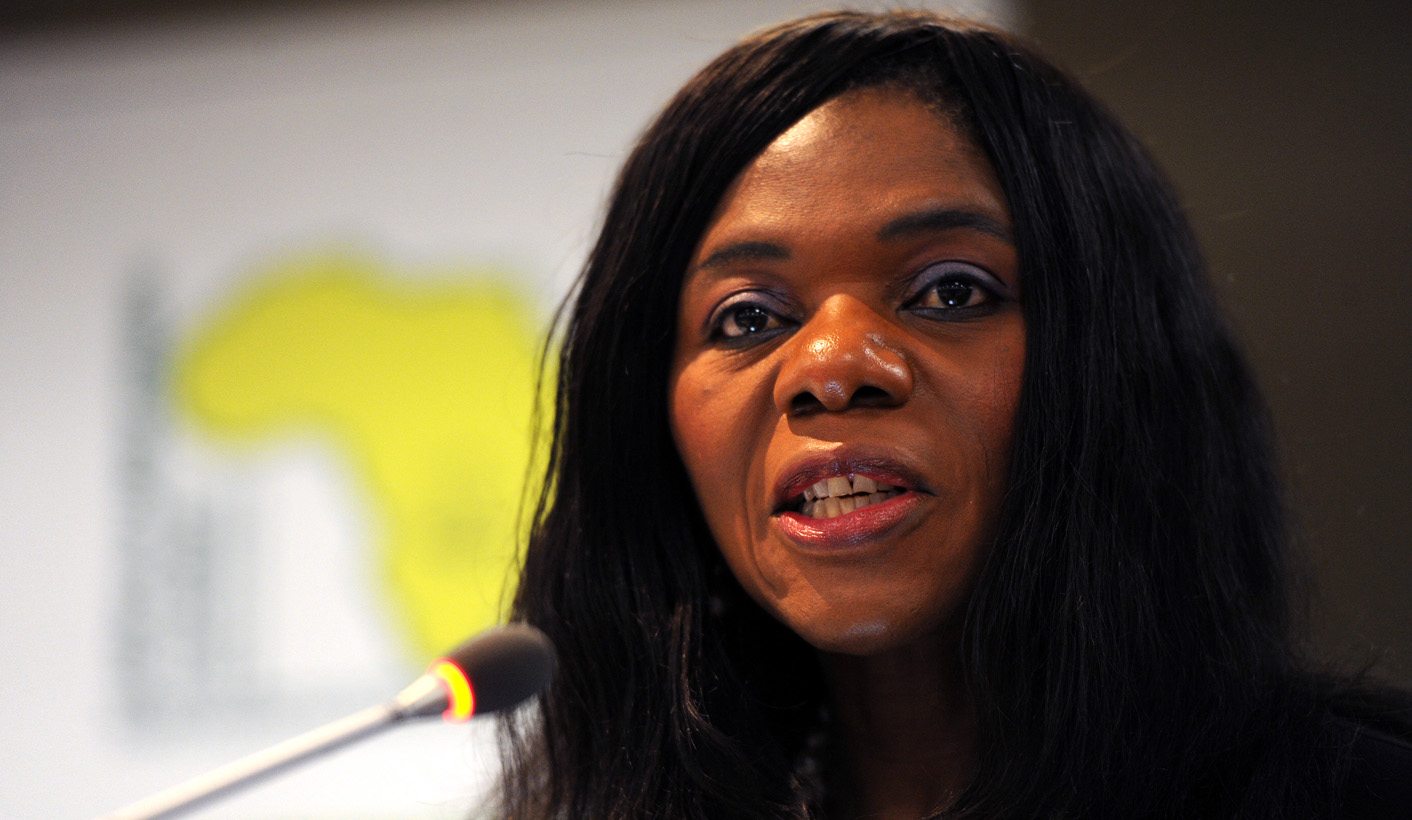 The Democratic Alliance, which will be in the North Gauteng High Court most of the week in two cases against the president, on Tuesday argued that President Jacob Zuma has violated the Constitution by not establishing a commission of inquiry into Gupta-linked state capture, as recommended by the former public protector. Zuma first wants a chance to challenge Thuli Madonsela’s report. By GREG NICOLSON.

Former Public Protector Thuli Madonsela didn’t outline any remedial actions in her State of Capture report investigating allegations of corruption against the Gupta family and its associates in government. However, she gave the president an instruction. The most controversial aspect of her report, released on her last day in office, was Madonsela’s order that Zuma establish an inquiry to further investigate the allegations. She said that because Zuma was implicated in the matter, he must allow Chief Justice Mogoeng Mogoeng to appoint a judge to lead the inquiry.

Madonsela gave Zuma a month. It’s been almost a year and no inquiry has been established. Arguing in the North Gauteng High Court on Tuesday, the DA said reports from the public protector are binding and that by not implementing Madonsela’s instruction, Zuma has violated the Constitution.

Madonsela’s recommended commission of inquiry could be damning for Zuma. She investigated dodgy deals between Eskom and the Guptas, where Mineral Resources Minsiter Des van Rooyen provided assistance. She looked into claims that former deputy finance minister Mcebisi Jonas was offered money to take the position of finance minister and whether the Guptas knew in advance of Van Rooyen’s appointment as finance minister in December 2015. The #GuptaLeaks have provided damning new evidence against the family and their allies in government and state-owned entities that could come up in an inquiry.

Acting for the DA, Advocate Anton Katz SC asked the court on Tuesday whether Zuma doesn’t trust the Chief Justice. Zuma has expressed his support for a judicial inquiry into state capture, but has made no moves to establish one. “He is helping himself by saying, ‘I am reviewing the remedial action’, and courts have previously said that’s not how it works.” Katz referred to a previous case that said taking decisions on review does not equate to an appeal, which would allow Zuma to avoid implementing the instruction from Madonsela.

Current Public Protector Busisiwe Mkhwebane’s lawyer agreed the inquiry should be established regardless of whether the president is taking the report on review. He has – and it’s set to be heard in October. Mkhwebane’s lawyer said that if implementing the public protector’s remedial actions had to wait until review applications were finalised, which could take years, it would render the office redundant.

The president says he supports a commission of inquiry into state capture, but his vision of an inquiry appears vastly different from Madonsela’s vision. He is taking her report on review because the Constitution solely vests the powers of establishing an inquiry in the president. If his review is successful and he still wants to appoint an inquiry, he could appoint who he wants to lead it. If he is to appoint the inquiry, Zuma would also probably broaden the investigation to include all allegations of “state capture”, rather than just focusing on the Guptas, and establish a mandate so broad as to make it almost meaningless.

The courts have repeatedly ruled that reports from the public protector are binding and cannot be avoided. The case being heard over Tuesday and Wednesday in Pretoria this week revolves around what the president has done to justify not establishing a commission of inquiry.

In March, Zuma moved to take Madonsela’s report on review and the case will be heard next month. The DA’s central argument is that a review application does not equate to an appeal – it does not suspend Zuma’s duty to implement the instructions pending his hearing. The DA said he needed to apply for a stay of execution for that. The president is reported to have applied for one after the DA instituted these legal proceedings. Zuma’s legal team will argue that he cannot establish an inquiry based on a report he is still to take on review.

Advocate James Grant said the key question is whether the public protector’s report remains in effect until it is overturned. “The answer to that is simple: It is. The finding remains in force until the court finds it to be invalid or unlawful,” said Grant. He said that if a stay of execution was granted to Zuma by the courts, it could allow him to avoid Madonsela’s recommendation. But seeing as it hasn’t, as yet, and no court has ruled against her recommendations, they remain in effect.

The commission of inquiry case is the first of two important cases against Zuma, which involve the DA, to be heard this week. On Thursday and Friday the Supreme Court of Appeal will hear Zuma and the National Prosecuting Authority’s (NPA) appeal to a North Gauteng High Court ruling setting aside the NPA’s decision not to prosecute the president on 783 charges of corruption, fraud and money laundering as irrational and illegal. If Zuma is unsuccessful in his appeal, the NPA could be forced to prosecute the president, although the matter might first be taken to the Constitutional Court.

The DA on Tuesday also announced an attempt to remove Mkhwebane from office. In court papers, the South African Reserve Bank announced she had met with the presidency and State Security Agency shortly before recommending a change in the Reserve Bank’s mandate in her report on corruption in the dying days of apartheid. The Reserve Bank suggested she might have acted on an agenda outside of her mandate and the DA said she should be removed after it pushes Parliament to find she acted with misconduct, incapacity or incompetence. DM