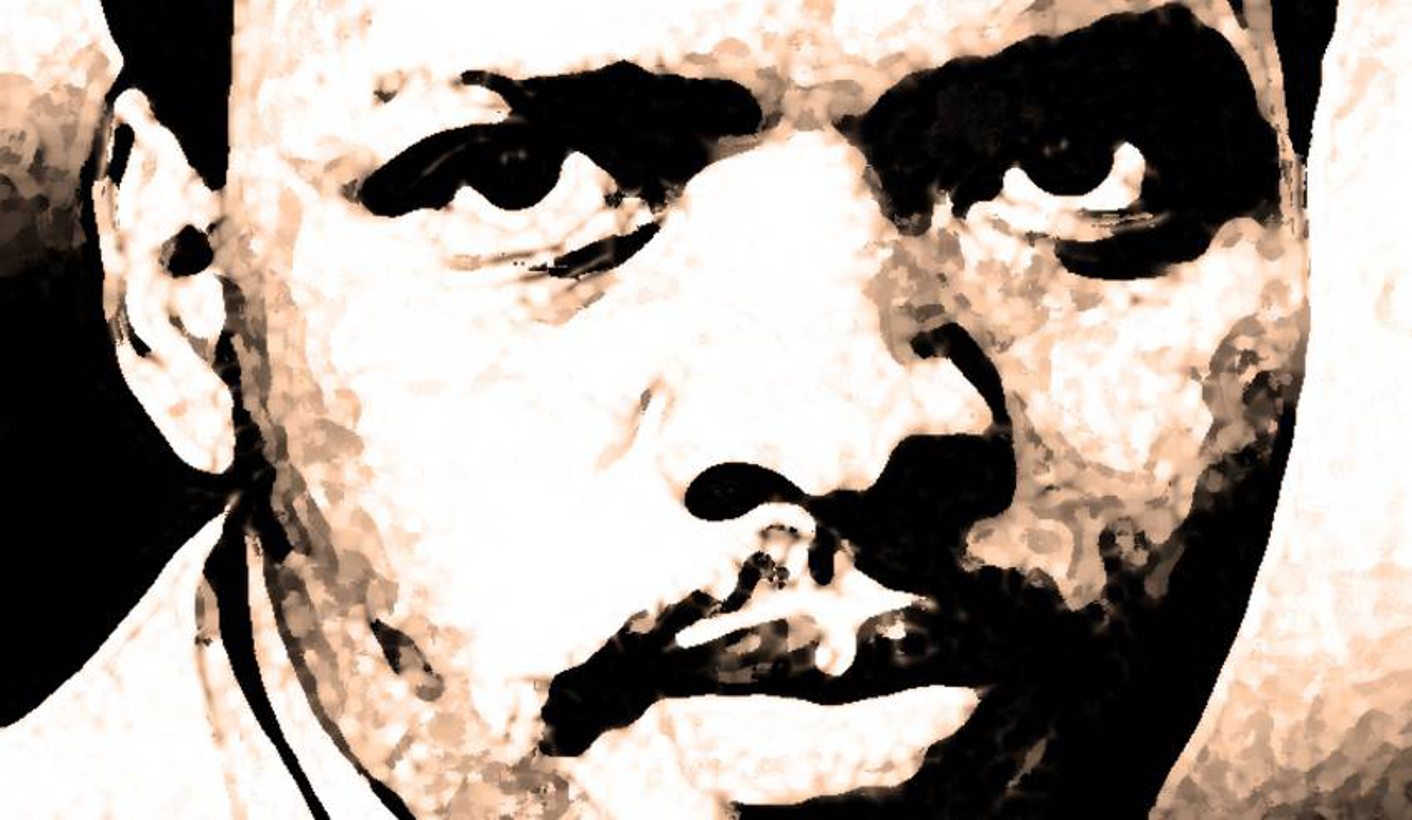 Forty years after police killed Black Consciousness Movement leader Steve Biko, no one has been prosecuted. That’s despite five officers being denied amnesty by the Truth and Reconciliation Commission. As the country commemorates another year since the struggle hero was killed, the inquest into Biko’s death should be reopened. The recent inquest into Ahmed Timol’s death sets an example. By GREG NICOLSON.

In 2014, auctioneers Westgate Walding tried to sell Steve Biko and Ahmed Timol’s original autopsy documents. Biko’s had a reserve of R70,000 to R100,000. The families of Timol, who was allegedly killed by apartheid police in 1971, and Biko, killed by police in 1977, hired the same pathologist to conduct autopsies. He left his records to his assistant and when she died they ended up with her children. Then Westgate and Walding tried to sell the autopsies, including certificates from pathologists and post-mortem reports.

The auction was interdicted, but the grotesque attempt was symbolic. How can someone so blatantly disrespect South African struggle heroes, who were killed while fighting for freedom, their remaining loved ones, and the country? It’s simple, really: because justice, much like democracy, has never quite arrived and we commemorate the dead without actually honouring them.

Today marks 40 years since the 30-year-old activist and intellectual Steve Biko died of brain injuries after he was arrested in Port Elizabeth. He was severely beaten by cops, shackled and driven naked in the back of a police vehicle to Pretoria where he died in a prison cell. He had an international reputation and his death drew condemnation from around the world. But no one involved in the killing of one of the country’s most important struggle leaders has faced consequences. Not during apartheid. Not in democracy.

Biko was arrested in August 1977, like others who were seen as influential to the student protests a year before. The then minister of justice and police, Jimmy Kruger, claimed he died in custody while on a hunger strike. He was said to be the 20th person to have died in custody in the preceding 18 months. Journalists exposed Kruger’s lie and an inquest was established.

“On the available evidence the death cannot be attributed to any act or omission amounting to a criminal offence,” ruled the magistrate.

The Truth and Reconciliation Commission (TRC) disagreed. Five police officers applied for amnesty – Harold Snyman, Gideon Nieuwoudt, Ruben Marx, Daantjie Siebert and Johan Beneke. The TRC  rejected their version of events, calling them improbable and contradictory. It said they weren’t credible witnesses. “They had clearly conspired to conceal the truth of what led to the tragic death of Biko soon after the incident and have persisted in this attitude before us.”

The amnesty applications were rejected, but in 2003 the National Prosecuting Authority (NPA) declined to prosecute. It said there was insufficient evidence to justify charges, with a lack of eyewitnesses, but it might reconsider its decision if new evidence emerged.

On Tuesday, President Jacob Zuma will visit Kgosi Mampuru Prison and lay a wreath in the cell where Biko died. “Steve Biko fought white supremacy and was equally disturbed by what he saw as an inferiority complex amongst black people. He emphasised the need for psychological liberation for black people, to accompany physical liberation to undo the damage caused by apartheid,” said Zuma on Monday. “He advocated black pride and black self-reliance, believing that black people should be their own liberators and lead organisations fighting for freedom.”

Commemorations that don’t call for justice are disingenuous. That’s where Timol comes back in. Officially, an apartheid inquest found the former SACP leader died after jumping off the 10th story of Johannesburg’s infamous John Vorster police station. His family fought for years for the NPA to reopen the inquest. After resistance, or perhaps incompetence, the NPA finally reopened the inquest, which was held recently in Pretoria.

Witnesses were called to the stand. The gruesome details of apartheid police’s detainment and torture techniques were once again revealed. Different versions of how Timol died were interrogated. Pathology reports, after the auctioneer who owns them allowed access, were scrutinised. The court is still to deliver its findings, but Timol’s family was finally allowed a chance to find out more about what happened and who might have been responsible.

Such inquests are legally established to make four findings: who died, when they died, how they died, and if anyone is responsible and should be recommended for investigation and possible charges.

Biko’s death received far greater attention than Timol’s. But neither the media reports, the 1977 inquest, or the TRC process can be seen as sufficiently comprehensive. Five people asked for amnesty for Biko’s death, but do we know all the facts? Were there others involved who did not come forward? How many people were involved in the attempted cover up? Can new evidence be unearthed that could justify criminal charges against those involved?

Whether the inquest into Biko’s killing is reopened or not will likely depend on whether his family wants to pursue it. There are pitfalls. Timol’s family had to doggedly pursue the NPA to get the process started. Then they had to sit through painful testimonies.

But Biko’s legacy is only becoming more and more important in South Africa. His voice has an increasingly prominent influence on modern politics, particularly amongst student activists calling for rapid and far-reaching change. The country deserves to know more about how he was killed. It deserves to see those involved cross-examined in a courtroom. DM