What becomes of the broken-hearted: Parents of murdered Stellenbosch student vow to plough back 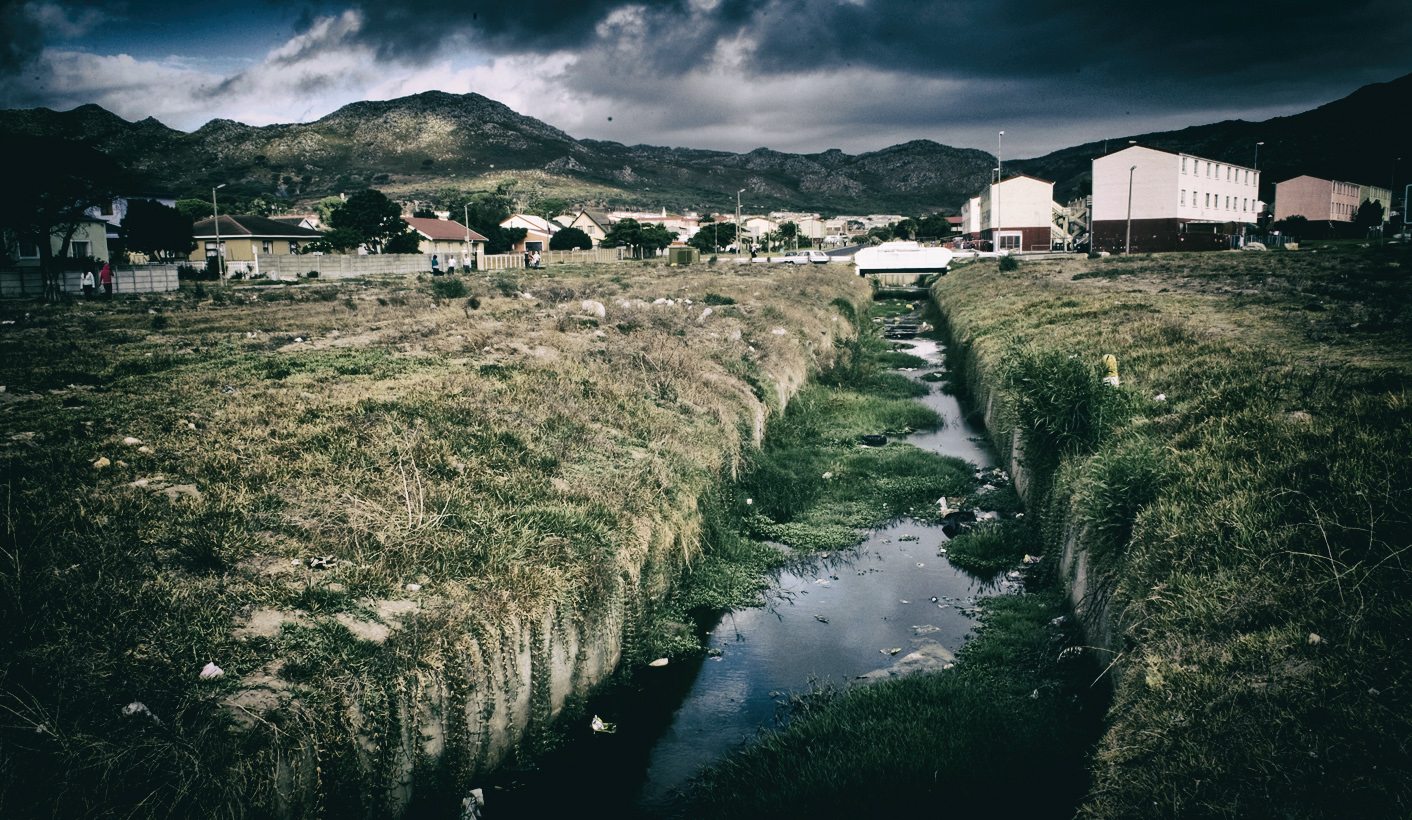 Around 7.7km of scenic coastal road lies between the violence-torn township of Ocean View and the serene Scarborough home of Anna and Willem Cornelius. It has only been four months since their 21-year-old daughter, Hannah, a student at Stellenbosch university, was abducted, raped and murdered. On Saturday a bullet slammed into the head of nine-year-old Aqueel Davids, who was sitting in the lounge of his Ocean View home. Aqueel is one of at least 13 people, mostly children, killed in the township this year. Anna and Willem are intimately linked to the communities that surround them and are determined, through a trust in honour of their daughter, to find ways to heal and support South Africa’s walking wounded to which they now also belong. By MARIANNE THAMM.

A month after the abduction, gang rape and murder of Hannah Cornelius, police found the mutilated body of 14-year-old Camron Britz in the bushes alongside Slangkop Road near the township of Ocean View, Cape Town, home to around 30,000.

Britz had gone missing on a Saturday night, lured away from a neighborhood bonfire by a cousin who had told her her father had summoned her. A frantic search ended in horror the following morning, 2 July, when Camron was found by her younger brother in the fynbos. She had been tortured, raped and strangled.

In their home in Scarborough, which has a real ocean view unlike Ocean View itself only a few kilometres away, Anna and Willem Cornelius learned of the shocking news and felt the searing might of its awful weight.

On 27 May, a Saturday, their daughter, Hannah, had been found in the bush at Groenhof farm in Stellenbosch. The 21-year-old had been abducted by four men the night before as she sat in her car in Bird Street talking to a friend she had lifted home. She had been raped, stabbed and strangled.

Anna and Willem felt compelled to drive the 7.7 kilometres to Ocean view to comfort Camron’s mother Bernice Britz and her father Melwyn Rubain that awful Sunday and to find out what they could do to help.

“When I saw her all I could do was hold her and say ‘I know’,” Anna Cornelius remembers.

“When I drove away from there I thought about how we can afford to go to a psychologist, how we can try and find ways to live with this but there are so, so many who have no way of accessing help,” says Willem.

The man accused of murdering Camron, her 19-year-old cousin Mogammad Yaagiyah Rubain, appeared after his arrest in the Simon’s Town magistrates court. Had the horrific crime occurred a few months earlier he might have found himself in the dock appearing in front of Willem who is the chief magistrate in the district and who is a well-known and loved member of those communities he has served in this capacity.

Ocean View was a township established in 1968 between the peaks of Slangkop and Kleinkop as a dumping ground for communities forcibly removed by the apartheid government from Simon’s Town, Noordhoek, Redhill and Glencairn which had been declared exclusively for whites. Ocean View became the new isolated home of teachers, dockyard workers, naval personnel. It was also home to the acclaimed painter and writer Peter Clarke, whose family had been forcibly removed from Simon’s Town.

Camron was a Grade 8 pupil and a netball star for the local Ocean View club the 7 stars. She was, her father later told a local newspaper, a happy child who loved school and singing.

“She had a lot to live for. I always read about these things, but you never know when it is coming or if it is going to happen to you,” said Camron’s father.

Hannah too was a star. An academic champion, a graduate of the private school Redham, a straight A student who could speak fluent English, Afrikaans and French. A child who had packed much into her short life, who had travelled the world with her parents and alone, a student at Stellenbosch who was, at the time of her death, at her peak, says her mother.

They are acutely aware that their daughter, who was born in free South Africa in 1996, enjoyed a life that most of her fellow South Africans could and do not.

“She had such an amazing life. She did so much, accomplished so much. She wanted also so much to give back, to help people. Before she died she told me she only wanted three things, for our autistic son Dries to be cared for, for peace and to help people. That is why we cannot allow her to be forgotten or to be remembered for the last few hours of her life,” said Anna.

There are so many dead, so many bereaved and broken parents and family members, says Anna, that South Africans simply cannot keep track of the names of the slain, those plucked from life through random acts of violence.

Their names, she says, disappear in a sea of newsprint. And there are thousands, many of them children, who have died this year in Cape Town, this fair, magnificent Cape Town where 60 people per 100,000 were killed in 2016, making it the 13th most violent city in the world.

Such horror amid such beauty.

“The abnormal is now normal but we cannot just allow this to continue. We cannot see another name of another murdered girl or child and turn the page because it is too much. Under Hannah’s name we will list those of all the others,” said Anna.

Anna and Willem have just registered the Hannah Cornelius Trust which they intend to launch officially at the end of October. The trust will, says Anna and Willem, find ways of helping to repair and bind the shattered fabric of South African society through education (offering bursaries) and through playing a role in establishing or expanding services needed to intervene, support and contain vulnerable children and to help the victims and survivors of crime and violence.

There was a time when Anna Cornelius, early in her career as a criminal attorney, could not bear to flip through the autopsy reports of those victims who featured in the cases where she defended an accused.

“At first it was terrible. In the end I was drinking my coffee and flipping through them. Now it is my own child’s autopsy report I must look at. It is unbearable and I have to find meaning in her life.”

Anna has vowed “never to set foot in a criminal court again” and will focus entirely on establishing the HCT and making it work.

“It will be my life’s work. It has to be. We must change this country. We must heal each other.”

As a children’s magistrate as well, Willem has long dealt with issues of adoption and foster care and says he has always been troubled by how when vulnerable children turn 18 they are cut off from support and services. It is these gaps, and others, both Anna and Willem are hoping can be filled and where they feel the Hannah Cornelius Foundation can play a role.

“Child support grants are terminated when a child turns 18 . In some cases a child might not have finished school yet and a foster parent is now held responsible for fees. Often children are then removed from school,” said Willem.

For now the couple, who are well known in the area, will concentrate on those places they know well, Masiphumelele, Ocean View, Fish Hoek, Simon’s Town, all those areas that fall into what is commonly known as the South Peninsula. From there they hope to spread out through the gang-plagued Cape Flats which is currently in the grip of a war that in 2016 claimed 2,400 lives.

It is a crisis and an emergency that should, by now, have galvinised local, provincial and national authorities, but has not. In the meantime communities themselves have collectively gathered where it is possible to protect themselves from the gangs, many of whom have been armed by the police themselves.

To those who are forced to live in these inhospitable and inhumane spaces it is purgatory.

In an early draft of the vision and motivation for the trust Anna and Willem wrote, “We don’t believe in quick fixes or handouts, but robust intervention backed by evidence-based research.”

In the course of this research they have, they say, been overwhelmed by the immediate need expressed by many schools, faith communities and social development programmes around them “that we can start right here and now”.

Under the title “Vision”, Anna and Willem have written, “There is more good in this world than evil. If every good person in South Africa raised their hand and committed to bringing change in one other person’s life, then within two generations South Africa could realistically be the global country of choice for all.”

The Hannah Cornelius Trust will be officially launched in Stellenbosch on 30 October at an opening function hosted by Kamersvol/Makers. DM

"Censorship of anything at any time in any place on whatever pretence has always been and always will be the last resort of the boob and the bigot." ~ Eugene O'Neill