Op-Ed: The time is now for inclusionary housing in Cape Town 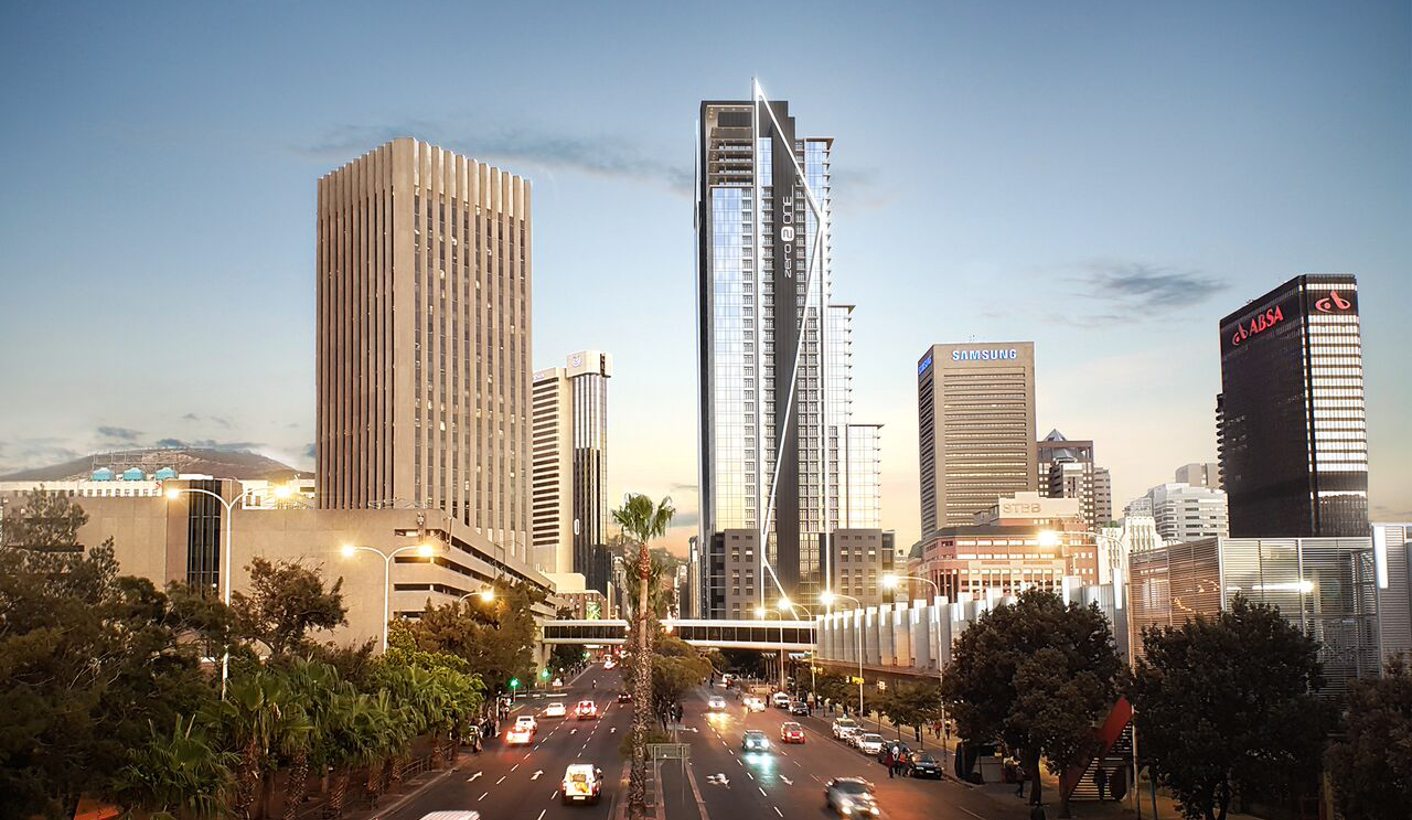 Property developers FWJK are readying themselves to build Zero2One, which will be Cape Town’s tallest building when completed. They and the City of Cape Town who grants land-use rights and requested departures have the opportunity to effect change and undo spatial apartheid. Either this or continue with business as usual where the poor and working class are relegated to the peripheries, out of sight and out of the minds of the affluent, predominantly white inner-city residents. By JULIAN SENDIN.

Zero2One will be a 47-storey building located on the corner of Strand and Adderley streets opposite the station and will include three storeys of shops, nine storeys of parking and 624 exclusive apartments.

Although we desperately need to densify our sprawling city and certainly need thousands of new homes in well-located areas, we must also ask: “Who will this benefit and at what price?”

The reality is that every new apartment block that goes up in Cape Town’s inner-city and surrounds only caters to investment portfolio companies and the super-wealthy, who are mostly white. As each new development goes up, this blight of exclusivity is entrenched. This month apartments in The Onyx, another exclusive apartment block, go on sale: here penthouses come with a Jaguar SUV.

Many of these apartments sit empty or are occupied on short lets. This is not the kind of inclusive city from which residents who live and work here will benefit. It is not the kind of transformative city that our Constitution envisions. What we need is decent, affordable housing, not the replication of spatial apartheid.

In the last five years, prices of homes across the city have risen by nearly 80 percent.

At the same time, all three spheres of government have failed to provide any public housing in well-located areas, leaving us with a constellation of poverty traps on the urban periphery and exclusive urban enclaves close to jobs but with no affordable housing. This means that low-income earners spend, on average, more than 45% of their income on transport, while young, skilled entrants to the labour market are forced to go elsewhere in search of more affordable places to stay.

There are no silver bullets for Cape Town’s affordable housing crisis. The government says it doesn’t have the resources needed to tackle Cape Town’s housing crisis alone. So it is perplexing that while strategic public land is being stripped to the highest bidder in the name of fiscal austerity, developers routinely secure enormous additional development rights from the city for free.

Inclusionary zoning is a basic intervention used by top cities around the world to ensure that private developers build a fair amount of truly affordable housing in exchange for additional development rights. This only makes sense in the context of robust housing markets, healthy levels of development, rising costs, and an efficient local government. Cape Town has all of these.

In the case of Zero2One, the developers have asked for a whopping 50% increase in bulk over what the zoning scheme allows This creates money out of space as every additional storey that the city grants without conditions equal extra profit for the developers. The city could capture a portion of this value for the public benefit and use its leverage in negotiations to meet its obligations to advance spatial justice.

When you consider the obscene profits developers make building exclusive apartments in Cape Town, this is a fair request to make. If you look at Zero2One, around 80% of the building will be sold or rented (about 20% is set aside for space such as elevator shafts and passages). The current market going price for residential space in the city centre is about  R35,700 rand per square metre. If you allow for a return on investment of about 20% (this is the average), this translates to just over R81.6-million in additional profit.

In the city centre alone, FWJK has four buildings currently under construction or in the planning phase that, combined, are worth approximately R3.8 billion. The KPMG building (R400-million), 16 on Bree (R860-million), The Hamptons (R1.1-billion), and the Zero2One building (R1.5 billion). The cumulative value of the additional land-use rights runs into hundreds of millions of rands, and this is just a single developer in a relatively small part of the city.

According to the Central City Improvement District, there is an estimated R12-billion worth of investment planned for the period between 2016 and 2020. Of the 39 properties that make up this R12-billion investment, not a single one includes affordable housing – but almost every single one will require substantial additional land-use rights.

More importantly, this development, like many others, will benefit from billions of rands worth of past, present and planned public investment. This investment made into infrastructure, services and amenities make places like the city centre desirable for people to live and work. Something’s got to give.

FWJK have claimed that they will provide 104 apartments below R800,000 per unit. But, while R800,000 is cheaper than the market, it is not by any means affordable.

With a small deposit, a household would have to earn around R25,000 per month to be able to afford an apartment while Cape Town’s median monthly household income is closer to R6,400.

But this is beside the point. If these apartments were sold for R800,000, they would just be re-sold to the highest bidder in a flash.

To prevent this, the City needs to institute that the developer utilises a mechanism that will retain the apartments as affordable in perpetuity. Currently, the only way to do this is through the existing Social Housing Programme.

Some apartments could be transferred or sold at a fair price to a non-profit social housing company, which would own and manage the stock. Social housing is well regulated and rents to households earning between R3 500 and R15 000 per month. In fact, this is something that the City of Johannesburg is currently doing.

For now, the decision is in the hands of the City. Either it will act to transform our segregated city in robust and meaningful ways, or it will submit to the whims of a wealthy elite who have benefitted from access to the best land for far too long. We call on the City and the private sector to do the right thing and break ground on inclusionary housing in Cape Town. DM

Photo: Artist’s impression of the Zero-2-One building on Adderley Street in Cape Town. Photo supplied by FWJK to GroundUp