Op-Ed: Ramaphosa is next in line to be ANC president, but he will have to fight the Gupta virus for it 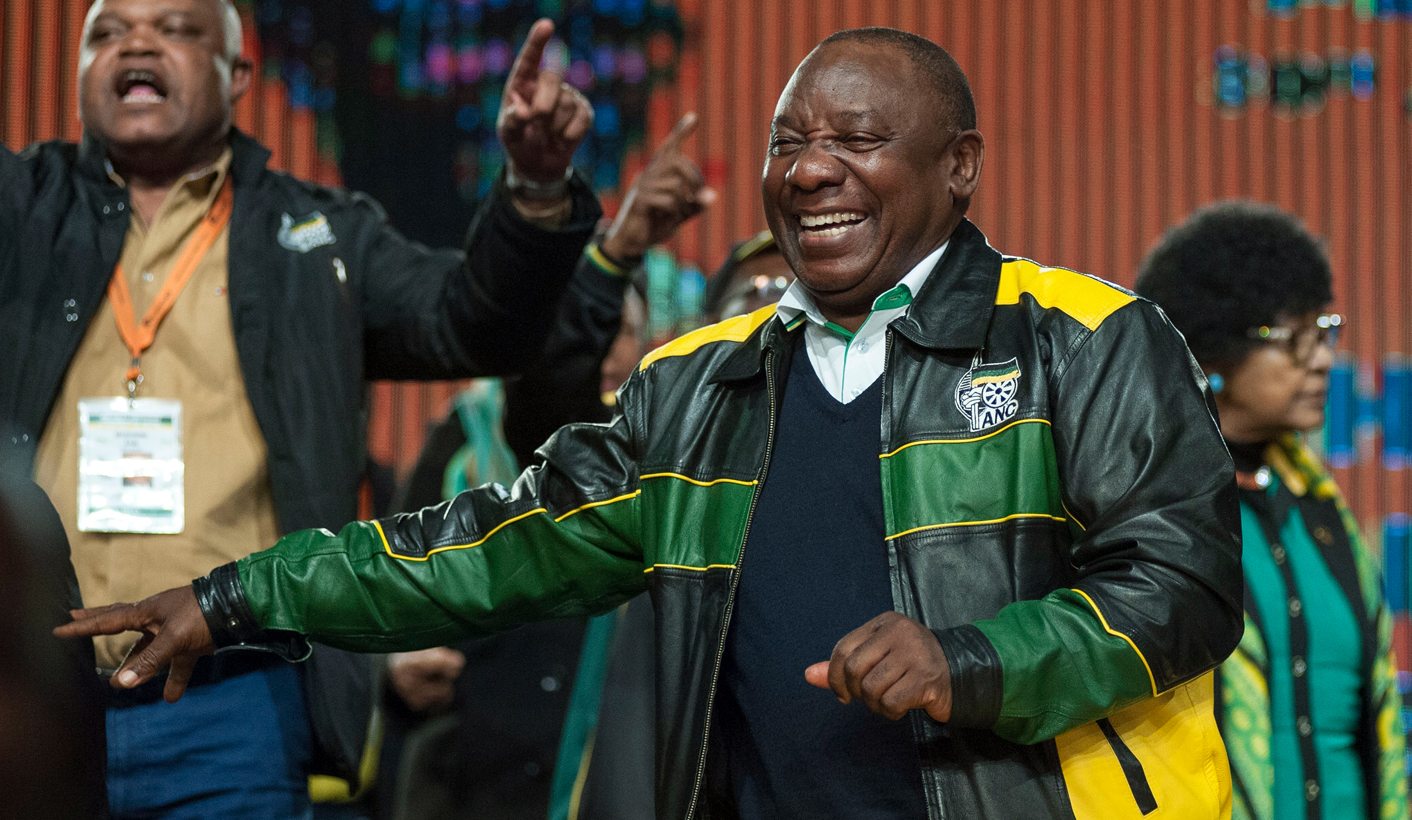 Cyril Ramaphosa, as deputy president of the ANC, is next in line to become party leader. But the tradition of ensuring smooth transition of leadership in the ANC has been erased in the minds of those infected by the Gupta virus. So comrade Ramaphosa, if you want to be the president of the ANC, you must be prepared to fight for it, writes ANC Northern Cape chairperson ZAMANI SAUL.

Today I will say exactly what I said 10 years back, in 2007 September, when the then Deputy President, Jacob Zumba visited the province as part his ANC presidential campaign. The reason I decided to take such an approach is because of three stark similarities between then and now.

The 1949 ANC National Conference unanimously adopted a blueprint which seeks to clarify the election of president. This was after a fierce battle for leadership between Dr Xuma and Dr Moroka. The 1949 National Conference overwhelmingly resolved that “from now henceforth, the deputy president of the organisation shall preferably succeed an outgoing president”. This resolution sought to guide the attitude of ANC members in exercising their democratic rights when electing the President.

From 1952-2007, through democratic practice the ANC and its structures remained faithful to the 1949 conference resolution to ensure smooth transition of leadership. Now in 2017 as the Northern Cape we pledge to remain faithful to that resolution. Hence our 8th Provincial Conference resolved that we support comrade Cyril Ramaphosa to be the next President of the ANC. He is next in line. Except for that, he is a politically astute leader with immense capabilities. Comrade Cyril was elected in 1991 Durban Conference as the 13th Secretary General of the ANC. As such, as the Northern Cape we are geared-up to have comrade Cyril Ramaphosa elected as the 13th President of the ANC.

The tradition of ensuring smooth transition of leadership in the ANC has been erased in the minds of those infected by the Gupta virus. So comrade Cyril Ramaphosa, if you want to be the president of the ANC, you must be prepared to fight for it. If you are prepared for this battle, which at times will be very ugly, as the Northern Cape we are combat-ready to stand with you.

Towards the Polokwane Conference in 2007 there were four emerging and disturbing trends that emboldened us to take a stance against the Thabo Mbeki establishment.

One, was the attempt to block the deputy president from ascending to the position of the president;
Two, the third term phenomenon;
Three, the use of state security apparatus to discredit individuals and to fight factional battles in the ANC; and lastly
The erosion of the role of the ANC as the strategic centre of power.

History has got a tendency of repeating itself, as today we are confronted with exactly the four disturbing trends in their worst form. Once again, there are tendencies to try and block a deserving and capable deputy president from becoming the president. Once again comrades, there are tendencies to introduce a disguised third term through crude manipulation of gender struggles within the movement. We know of genuine revolutionary efforts to emancipation the women of this country from triple oppression. Nelson Mandela introduced the policy of 30% representation of women and Thabo Mbeki increased it to 50%. These were genuine efforts towards emancipation of women and not this classic manipulation.

Once again, state security apparatus are hard at work to discredit those who oppose the disguised third term attempt, we are not going to be intimidated. Once again comrades, Luthuli House has been reduced to a joke by the Gupta family and the beneficiaries of their largesse. The Guptas are now the strategic centre of power. This goes against the essence of the Polokwane Resolution and it vulgarises the ANC. Hence, as the Northern Cape, we call for the arrest of the Guptas and their acolytes.

Any hope to redeem the movement and to ensure that we recapture the imaginations of the people of this country lies with comrade Cyril Ramaphosa. Comrade Cyril was the General Secretary of the National Union of Mineworkers and co-founder of Cosatu. In 1991 he was elected the Secretary General of the ANC and led with distinction the ANC team during negotiations for the democratic South Africa. In 1994-1996 he was the chairperson of the Constituent Assembly that produced the world renowned democratic Constitution and in 2010 he was the Deputy Chairperson of the National Planning Commission that developed the 2030 vision for South Africa.

The project of transforming South Africa into a democratic, non-racial, non-sexist and prosperous country is crafted in the sweat and capable hands of comrade Cyril Ramaphosa. Today, there are very few living leaders in the ANC that can claim such an extra-ordinary political craftsmanship. This prompted Nelson Mandela in 1996 when reflecting on the work of the Constituent Assembly to say that “Comrade Cyril is one of the most capable leaders of the ANC, in him I have full confidence. The future of the ANC will always be bright in the capable hands of such young, brilliant comrades”.

As the Northern Cape we should be part of realising this prophetic assertion by Nelson Mandela, by protecting our movement and intensifying our support for comrade Cyril Ramaphosa. We must protect the movement against the Gupta family, as everything that they put their corrosive hands on is destined for a dustbin, Eskom, SAA, Bell Pottinger, PWC are classical examples. Comrades, we don’t want our glorious movement to be thrown into a dustbin of history. We will have to wage a Stalingrad battle to save our movement against a disguised third term that seeks to hand over the ANC to the Guptas. Therefore:

We will engage and defeat the corrupt Gupta Storm troopers in the Northern Cape in a hand to hand political combat.

The time to reclaim the glory of our movement is now and that should start with the Northern Cape. We invite all ANC members to be part of this campaign. DM

This is an edited version of the address by Zamani Saul, the chairperson of the ANC in the Northern Cape, to the Cadres Assembly at the weekend