Newsflash: Confirmed – Dlamini-Zuma to take a seat in parliament 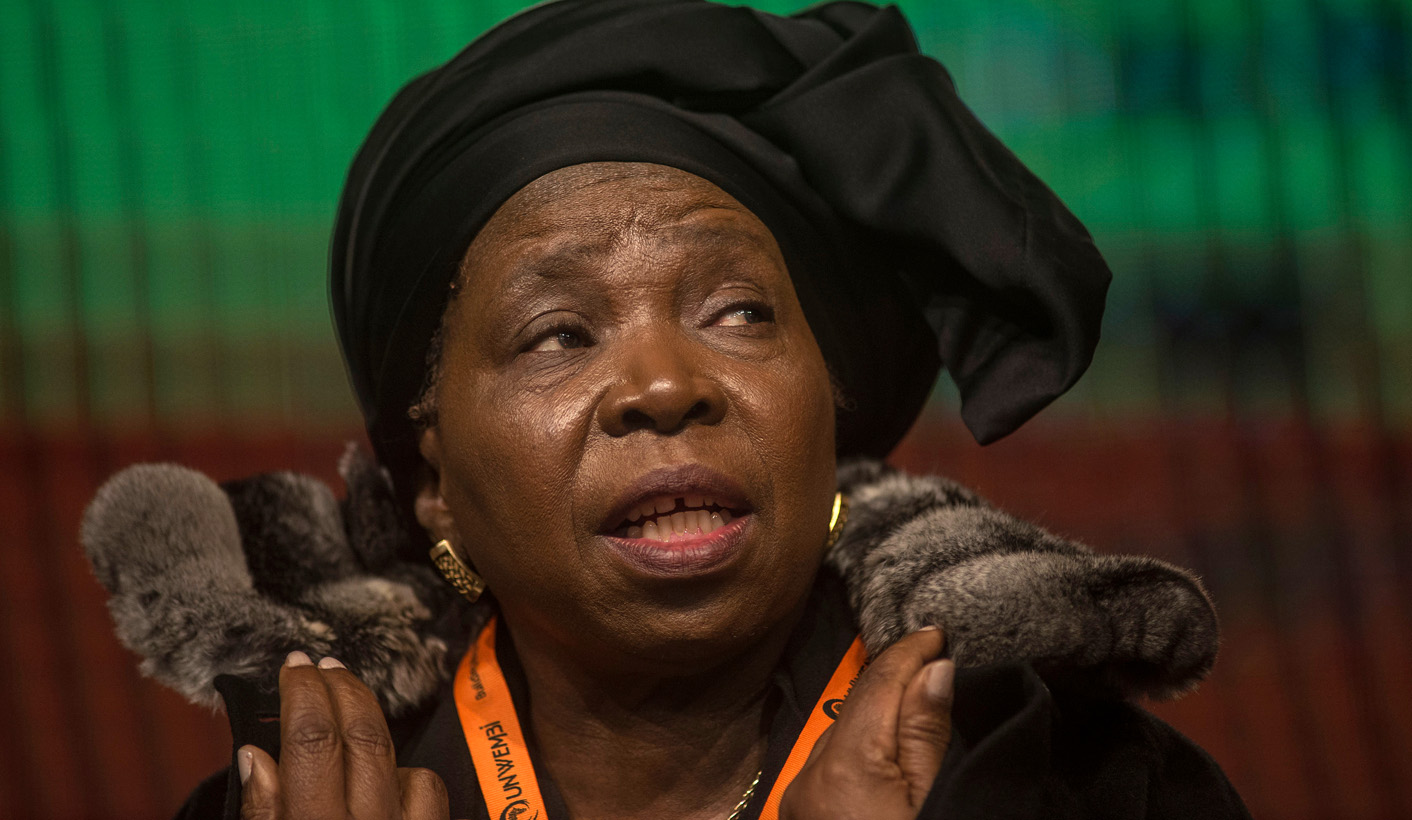 Nkosazana Dlamini-Zuma, the former AU Commission Chairperson, will be sworn in as ANC MP, one of two new parliamentarians of the governing party at Parliament. This was confirmed by the Office of the ANC Chief Whip on Friday evening, and also by parliament. By MARIANNE MERTEN

Dlamini-Zuma replaces Pule Mabe, who resigned his seat on the ANC parliamentary benches effective from the end of August. News of this emerged as Dlamini-Zuma was on the campaign trail in the Western Cape as part of her bid for the ANC president’s post come the party’s December national elective conference.

The other ANC MP to be sworn in is Matthew Wolmarans, the former Rustenberg mayor, who was ultimately acquitted of the 2009 murder of whistleblower and councillor Moss Phako after serving one year of a 20-year jail term following his conviction in July 2012. Shortly after his release after a full Bench overturned his conviction, Wolmarans told the Mail & Guardian in June 2014 that he had been framed.

Wolmarans replaces Brian Molefe as a representative from the North West, confirmed Mhlauli.

In May Molefe resigned as ANC MP to return to head Eskom amid a controversy over a multi-million rand payout. However, his return to the power utility was blocked, but Molefe is pursuing legal action.

Dlamini-Zuma’s move to Parliament comes at a time when the contest for the ANC top post is heating up. Last weekend Deputy President Cyril Ramaphosa, also vying for the ANC presidency post, was the subject of the Sunday Independent’s write-up on a series of extra-marital affairs. In a statement that described the report as part of an escalating dirty war, going beyond a smear campaign, Ramaphosa denied all but one dalliance that ended years ago.

During his question time in the House on Wednesday, Ramaphosa hinted at a further statement on “a matter which has embroiled me… I will be addressing this matter in a day or two… I do need to take responsibility and be accountable”.

Ramaphosa is in the Northern Cape and Free State this weekend.

Dlamini-Zuma’s move to Parliament is set to re-ignite speculation on a Cabinet reshuffle, particularly on the view in some circles that this may strengthen her hand in the campaign for the party presidency.

While Cabinet reshuffles are a presidential prerogative, rumours of yet another change in the executive emerged last month. If President Jacob Zuma wanted to appoint Dlamini-Zuma to his Cabinet – she has previously served in the health and home affairs portfolios – she would first have to become an ANC MP. This is because Zuma has already appointed the maximum constitutionally permissible two ministers from outside the ranks of Parliament. They are Water and Sanitation Minister Nomvula Mokonyane and Public Works Minister Nkosinathi Nhleko, both of whom are widely regarded as allies of the president. DM