Notes from the House: Motsoaledi diagnoses weakness in... 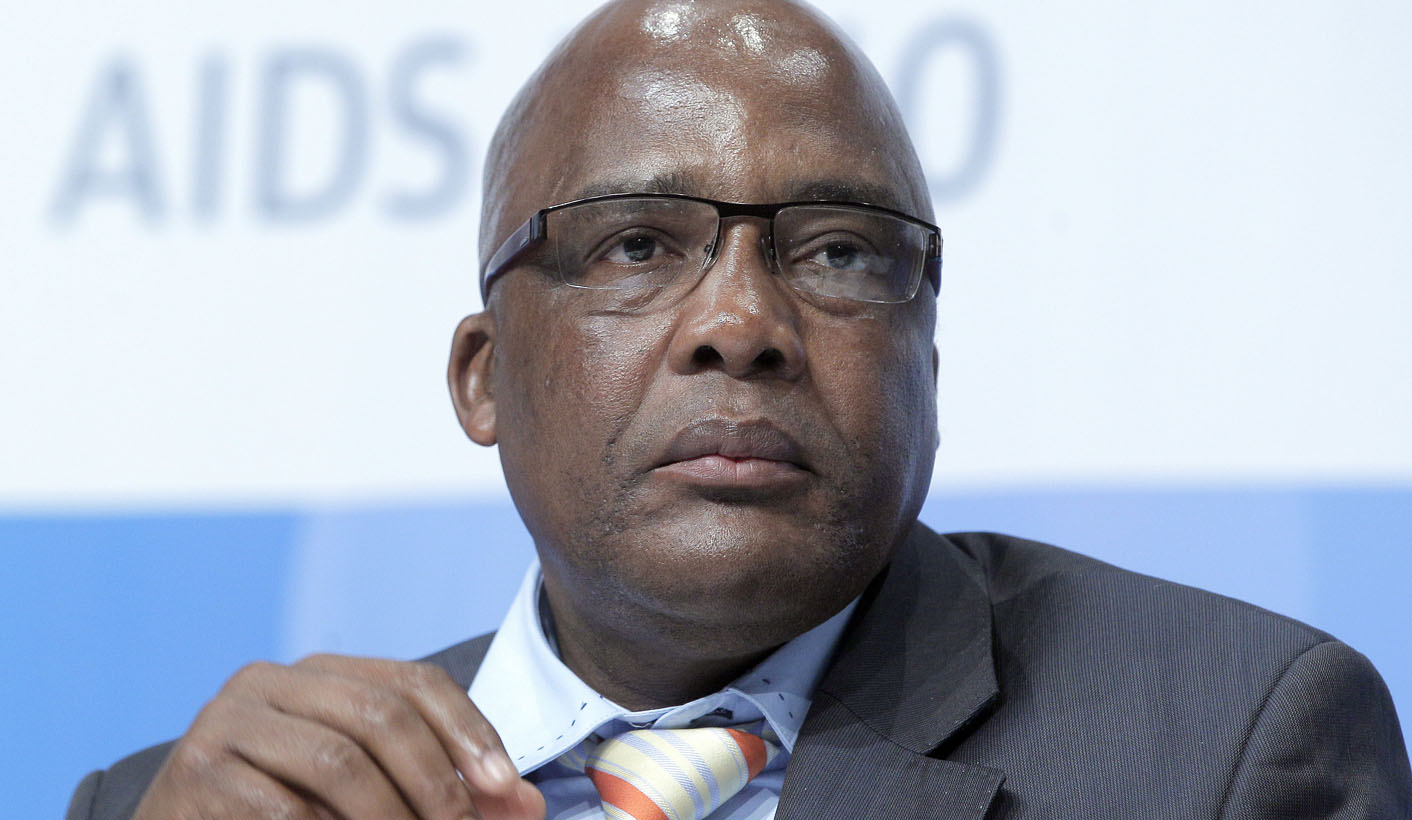 Minister of Health Aaron Motsoaledi diagnosed what he identified as the underlying causes of the crisis in treatment of KZN cancer patients, namely weaknesses in the provincial human resources processes and anomalies peculiar to KZN in its procurement supply chain systems. But while he is awaiting a report from the MEC for Treasury on the failed maintenance of the oncology machines at Addington hospital, and for a list of the number of posts that need to be filled, the SA Human Rights Commission identified these issues in its investigation concluded two months ago. By MOIRA LEVY.

The Minister of Health Aaron Motsoaledi responded this week to the SA Human Rights Committee’s damning investigation into the treatment of cancer patients in KwaZulu-Natal.

Motsoaledi immediately diagnosed what he identified as the underlying causes, namely weaknesses in the provincial human resources processes and anomalies peculiar to KZN in its procurement supply chain systems.

At the same time he made it clear that the department had been made aware of the problem at least a month before the intervention in June by the SAHRC brought the situation to the attention of the public.

Which raises the question: why did it take a delegation of leading officials from the national Department of Health three months to “diagnose” and act on a problem that had led to the deaths of KZN citizens months after the HRC had already conducted its own investigation and released its report.

In his report to the Portfolio Committee on Health on Wednesday, Motsoaledi stated that “long before the release of the SAHRC report”, doctors belonging to the KZN Coastal Branch of the South Coast Medical Association (SAMA) had held a protest march to highlight the beleaguered conditions under which they were working in the province. They handed over a memo to the KZN authorities which was forwarded to the department’s Director General.

His response, he said, was to speedily dispatch a team from his department, led by the Director-General, to visit the province to investigate the problems.

The found that posts were not being filled as fast as they were being vacated. The effect of this was that the pressure of staff shortages drove newly qualified staff to other departments of health or into the private sector. He also identified “disinclination by senior management in the province to delegate recruitment functions”.

He further reported that a meeting was due to be held on Friday 8 September where the MEC for Treasury will report on the results of an investigation that she instituted into the contract to maintain the oncology machines at Addington Hospital.

The minister also expects a list of minimum critical posts to be compiled, costed and handed over on that day to the MEC for Treasury and the Premier for consideration. This after the SAHRC’s request to advertise for vacancies had already been done, and had had no responses at all.

Motsoaledi’s report listed urgent interventions to redress the problems that sound very similar to those that had been proposed by the SAHRC. Topping the list was efforts to fill vacant posts, not only oncology specialists but other specialists and leading personnel needed to deliver effective health services in the province.

He also said a Health Technology Unit which was responsible for processing all KZN Department of Health purchases did not have the “required capacity leading to very long turn around times for equipment purchases and maintenance”.

“The practices of HR and procurement and supply chain management will have to be disrupted in more ways than one and this will need cooperation of the whole government, specifically the Premier’s office and the Treasury,” Motsoaledi concluded in his report. He reported that he had called on the KZN Premier to call an urgent meeting with the MEC for Finance, the MEC for Health, their senior support teams, the Deputy Vice-Chancellor of the University of KZN, the Dean of the Medical School and his five heads of department. This took place on 18 August and was followed by a week-long visit at the end of August by senior members of the National Department of Health.

While the National Department of Health twice sent teams to KZN to investigate the dual problems of staff shortages and unwieldy procurement processes, the SAHRC had conducted interviews with staff and patients in KZN, held in loco visits and released a report on 15 June confirming that there were insufficient radiotherapy devices in the province.

It reported both radiotherapy machines, known as Varian Rapid Arc Linear Accelarator Machines (VRALAs), at Addington Hospital were not working and patients had to wait for about five months to see an oncologist and an estimated eight months before they were able to start radiation treatment.

Addington was referring patients to the Inkosi Albert Luthuli Central Hospital, where equipment was working, and a plan to engage private oncology specialists to provide pro bono treatment to attempt to stem the growing waiting list had been negotiated.

The SAHRC had concluded in its report that the KZN Department of Health was failing to provide oncology patients with adequate health care services and that this amounted to a breach of their human rights to health care and dignity, as stipulated in the Constitution.

The Department of Health had been alerted to the looming crisis as early as April when it emerged during the course of a discussion on breast and cervical cancer policies. This resulted in a resolution to conduct an audit of oncology equipment in all provinces.

At this week’s committee meeting, the minister was at pains to point out that some provinces did not have any sophisticated cancer detection and treatment equipment. Patients from Mpumulanga and Limpopo, for example, had to seek treatment in large centres in Gauteng and the North West shared its resources with the vast Northern Cape province.

It was unclear whether the minister was using evidence of equal or worse healthcare provision in other provinces to justify the inadequate medical services in KZN that had made headlines.

Motsoaledi made it clear that this applied to health care across the board, and not only oncology services.

He has shaken up the supply chain management procedures to remove much of the red tape that obstructed purchases of goods and services. However, an ongoing dispute with the service provider contracted to maintain the equipment is now bogged down in a court case.

There has been some progress, with one of the VRALAs at Addington now being repaired while the other is to be procured by the national Department of Health. DM

A version of this article first appeared on GroundUp