ISS Today: Kenyatta, Odinga more keen than ever to win 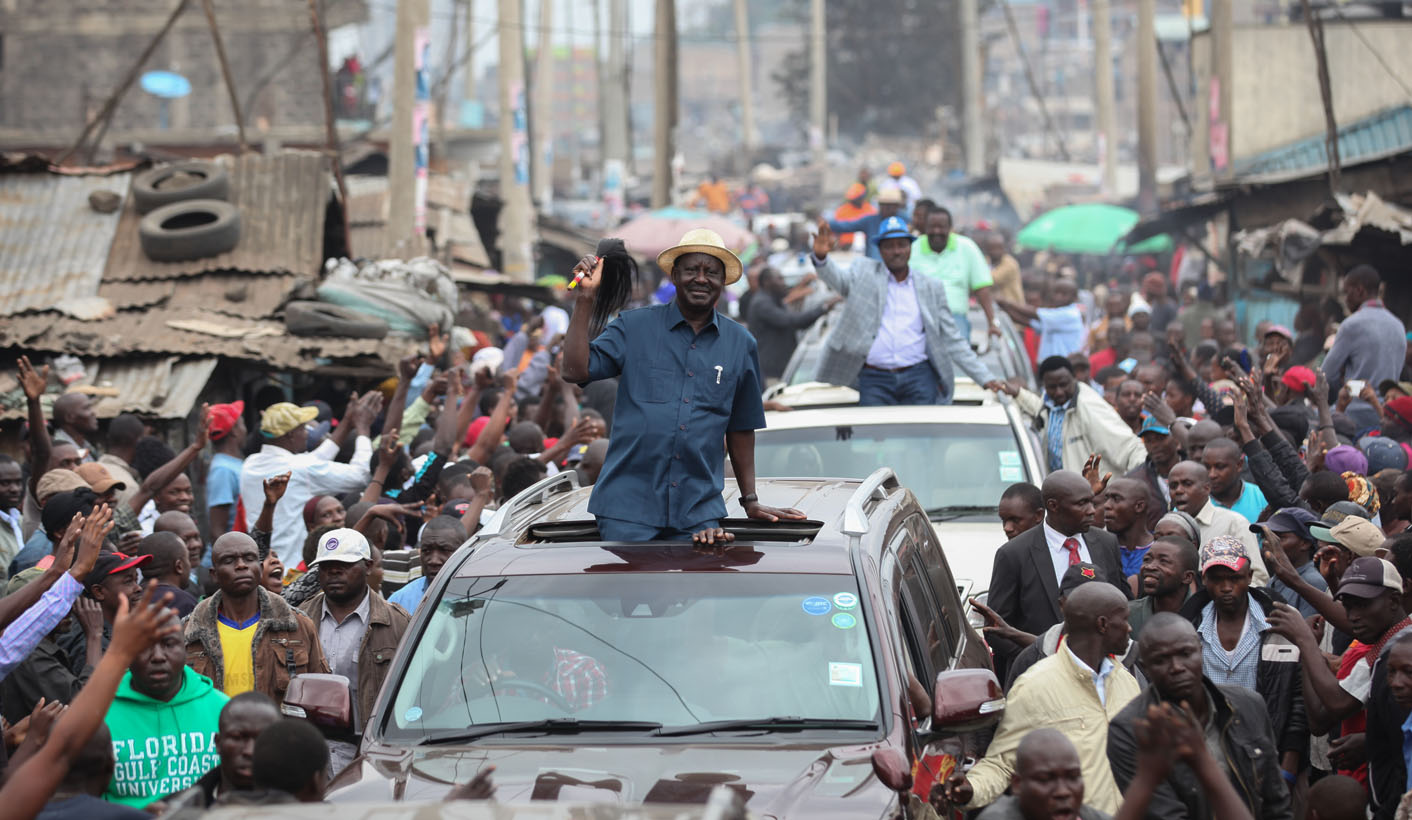 After a landmark court ruling, Kenya faces a tense, complicated rerun election on 17 October. By Peter Fabricius for ISS TODAY.

Kenya’s Supreme Court has been widely – and rightly – hailed for its bold, historic and unprecedented decision last week to annul the 8 August election victory of President Uhuru Kenyatta. As far as can be established, this is the first time an African court has upheld a challenge to an incumbent victory in an election.

But the court has also set Kenya up for an even more fraught rerun election on 17 October than the last one. Both main candidates, Kenyatta and his rival Raila Odinga, are more convinced than ever that they were the rightful winners of last month’s contest – and are therefore even less likely to concede defeat.

The Supreme Court gave the Independent Electoral and Boundaries Commission (IEBC) 60 days to hold the rerun. That was already too tight a schedule, practically speaking. But the IEBC then announced this week that the elections would be held on 17 October – even sooner than the deadline.

However Odinga vowed on Tuesday that he wouldn’t participate in the poll unless he was given ‘legal and constitutional’ guarantees. These include the removal of some IEBC officials. He wants them to be criminally charged.

Last Friday when the Supreme Court annulled the election, it laid the blame squarely on the IEBC, saying it hadn’t conducted the 8 August poll in line with the constitution and the electoral laws. It also said the IEBC had perpetrated “irregularities and illegalities” in transmitting the voting figures from polling stations to central tallying centres. The court said it would publish the full reasons for its decisions within 21 days.

Since the IEBC was held responsible for the 8 August failure, Odinga is surely right to question how an unchanged IEBC could be expected to do a better job on 17 October. ‘You cannot do a mistake twice and expect to get different results,’ he told journalists in Nairobi. Kenyatta and his Jubilee party and electoral coalition, though, have rejected any changes to the IEBC.

Grant Masterson, an election expert at the Electoral Institute for Sustainable Democracy in Africa who observed the 8 August elections, said: “The IEBC does face a really stiff task to meet the constitutional and legal requirements the court expects them to meet, by 17 October.”

Nic Cheeseman, professor of democracy and international development at the University of Birmingham in the UK, was also surprised by the IEBC’s decision to squeeze the timetable even tighter than the 60 days it had, ‘especially as we don’t know the Supreme Court’s findings yet’. These could have a bearing on the IEBC’s fitness to conduct the 17 October rerun as they might suggest necessary changes to the IEBC.

Peter Aling’o, a Nairobi-based senior research consultant for the Institute for Security Studies, believed the IEBC’s reason for calling the election on 17 October was to avoid clashing with school exams. He said the National Super Alliance (NASA) had identified a commissioner in charge of information, communication and technology at the IEBC, and a couple of IEBC Secretariat staff including the chief executive officer, whom it claimed were accomplices in the irregularities and illegalities.

He said the IEBC chairman had indicated that the commission would do some internal restructuring ahead of the repeat polls, and already there were suggestions that a number of IEBC Secretariat staff, including the chief executive, could be sent on “compulsory leave”.

Aling’o felt the IEBC could have handled the situation better by initiating talks with both parties from the start, to forestall a possible political and constitutional crisis.

Cheeseman, like others, believed that given the short time available and thus the impossibility of totally reforming the IEBC by then, the leaders of the opposing coalitions would have to get together themselves to find a political solution. They would then have to agree on what could and couldn’t be done by 17 October to improve the electoral body. If not, there could be violent protests even before the elections, he said, recalling previous protests earlier this year over opposition unhappiness with the perceived lack of independence in the IEBC.

In general, though, Cheeseman said he expected that, as in past Kenyan elections, the election campaign and the voting would be peaceful, but violence could erupt when the results came out. He worried that the potential for violence could be even greater than it was on 8 August because as a result of the Supreme Court’s ruling, both sides felt they were the rightful winners. So both sides would be even more reluctant to concede defeat.

As a result, the Supreme Court faced a delicate dilemma in the way it phrased its full report on its reasons for annulling the elections, he said. If it stuck to general criticisms about the IEBC having essentially failed to follow correct procedures that would give ‘bragging rights’ to Kenyatta and Jubilee in the election campaign, they could then claim that mere omissions of correct procedure would not have affected the result of the 8 August election.

But if the IEBC got into the “nitty-gritty” of the way the results were counted and tabulated, indicating fraud favouring Kenyatta, this would instead give Odinga those bragging rights. Kenyatta seems to be going for broke by launching unbridled attacks on the Supreme Court, calling the judges “thugs” and suggesting they are stooges of “whites and other trash”.

In any case, tensions are already rising again in Kenya and are likely to continue to do so. “We are going to see a campaign like no other,” said Aling’o. “It will be a do-or-die for President Kenyatta and Raila, and we are likely to see an extremely tense and polarised political campaign with extreme ethnic division.”

The Supreme Court ruling has skewered the IEBC, infuriated Kenyatta and complicated the 17 October election. Some have criticised the court for not issuing its full and final report immediately, to avoid uncertainty and allow authoritative and urgent decisions to be taken quickly, if necessary, to reform the IEBC.

The court ruling has also severely embarrassed many election observers, both official and unofficial. One seasoned observer admitted this week: “We have never been contradicted by a Supreme Court before.” The 8 August polls were widely monitored by many official election observer missions, both local and international. In their interim reports and remarks delivered just days after the voting, none found any substantial fault with the way it was conducted.

All of them included the necessary caveats that they could only assess what they had seen so far – that is, the election campaign and the voting on 8 August – so could not pass final judgment on the election as a whole.

Even so, many were bullish about the final outcome. Former South African president Thabo Mbeki, heading the African Union observer mission, held up the Kenyan election as an example to other African countries. Former US secretary of state John Kerry, heading the Carter Centre’s election observer mission, also exuded confidence in the integrity of the final outcome. He advised Odinga to accept the outcome and “move on”.

One observer said the missions were all holding post-mortems after Friday’s court decision and one of the lessons they had taken from this chastening experience was to distinguish much more clearly, in their interim reports, between the campaigns and the voting, on the one hand, and the counting and tabulation on the other.

They also cautioned, though, that until the Supreme Court had issued its anxiously awaited full report, it would not be possible to pass final judgment on the observers either. DM