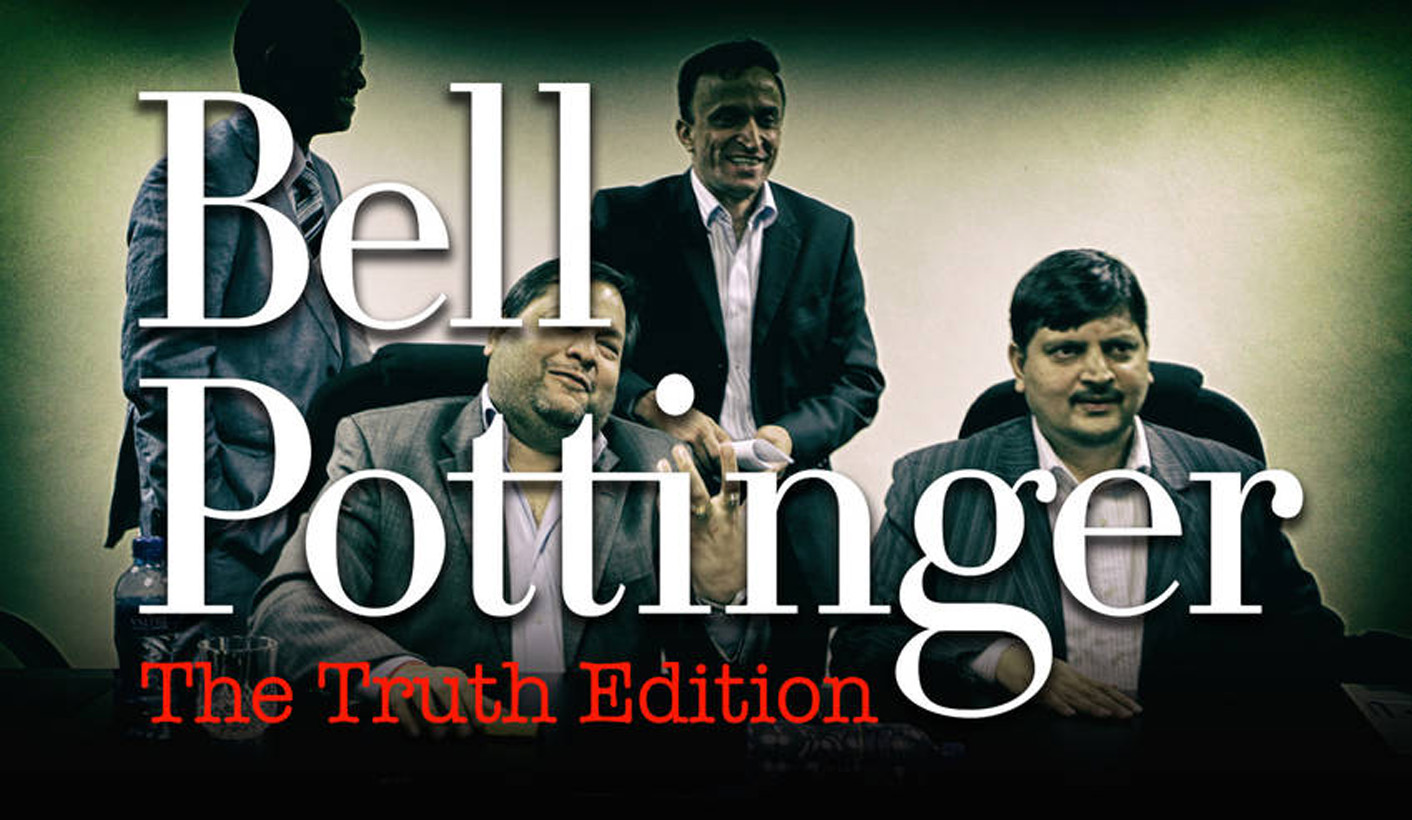 South Africa briefly took centre stage in British politics on Thursday. Following a question by Labour peer Peter Hain, the House of Lords discussed PR firm Bell Pottinger’s work in South Africa for the Gupta family. Bell Pottinger came in for sound condemnation, with a representative for the British cabinet seeking to distance the British government from the firm’s actions. Nonetheless, the House was warned that Bell Pottinger may have done serious damage to the UK’s relationship with South Africa. By REBECCA DAVIS.

These were some of the descriptions used by members of Britain’s House of Lords on Thursday to refer to the campaign run by the PR firm on behalf of the Guptas and their associates.

The matter was raised when Labour peer Peter Hain received permission to put the following question on the House of Lords’ order paper: “Lord Hain to ask Her Majesty’s Government what action they intend to take, if any, following the expulsion of Bell Pottinger from the Public Relations and Communications Association.”

It fell to George Young, the House of Lord’s spokesperson to the Cabinet’s office, to answer the question.

Young was unequivocal in his criticism of Bell Pottinger, stating that the company’s behaviour has been “completely unacceptable” and that the British government supported the investigations carried out by the PRCA and law firm Herbert Smith Freehills.

“I want to place on record that at no stage was Her Majesty’s Government in any way involved in their work in South Africa,” Young stated.

But that may be a moot point. Former Liberal Democrat leader Menzies “Ming” Campbell suggested that it was not just Bell Pottinger that may have taken a reputational knock from the Gupta saga, but also the United Kingdom at large – given what Campbell characterised as the “febrile atmosphere” of South African politics.

In response, Young confirmed that this concern was legitimate, based on his discussions with British High Commissioner to South Africa Nigel Casey.

“I have been in touch with our High Commissioner in Pretoria this morning,” Young said. “He made it very clear that this has had a very damaging impact on our country’s reputation in South Africa.”

The Conservative peer seemed to endorse the Democratic Alliance’s proposal that Bell Pottinger be made to pay back the money gained from the Gupta account to benefit South Africa.

“The reputation of Bell Pottinger has been seriously impaired,” Young said. “They could begin to put that right by donating any profits to charity in South Africa.”

As yet, there has been no indication from Bell Pottinger that this is an idea which they are seriously contemplating.

A follow-up question from Hain laid bare the context of Bell Pottinger’s work in South Africa for any peers who might still be in the dark.

“Does the government agree that after running a pernicious and poisonously racist smear campaign in South Africa for the wealthy Gupta brothers, whom President (Jacob) Zuma has enabled to capture the state and bankroll his family and friends through corruption and cronyism, all Bell Pottinger’s work for British public bodies must be called in and reviewed?” Hain asked.

He wasn’t quite done, continuing: “Since the respected former finance minister, Pravin Gordhan, has stated that the Guptas and the Zumas have benefited from £6.8-billion of money laundering, can the government investigate whether any British banks are involved, what action can be taken at a European level and will the minister agree to meet me about this?”

Young claimed ignorance regarding the Guptas’ involvement in money laundering, however.

“I’ve read the reports (by the PRCA and Herbert Smith Freehills); there is no implication in those reports that there has been money laundering or any criminal activity,” he said – but added that if there was evidence of money laundering, “then, of course, that should be investigated”.

Pressed further by Hain about the appropriate consequences for the Bell Pottinger employees responsible for running the Gupta campaign, Young said it was beyond the remit of the British government to intervene, given that the situation involved “a private company operating in a foreign country”.

Two other peers proposed that Bell Pottinger should be struck off the Registrar of Lobbyists. Despite being expelled from the PRCA, the PR firm is still registered as able to lobby British ministers.

“Is it appropriate to give credence to this company?” asked Labour Baroness Dianne Hayter.

Young explained that the only way in which a PR firm could currently be struck off the register was “if you stop doing PR”. Even Bell Pottinger’s unethical conduct would not result in expulsion from the Registrar of Lobbyists as things stand.

With that, the House of Lords moved on to other matters.

For Peter Hain, however, the matter is far from over. As a former anti-apartheid activist, Hain feels a particular sense of disgust about Bell Pottinger’s conduct in South Africa.

“Although it is good that I was able to raise it in Parliament, (Young’s) response was and second rate,” Hain told Daily Maverick. He described Young’s apparent lack of awareness about the money laundering allegations surrounding the Guptas as evidence that the peer was “woefully ill-informed”.

“I will now be writing to the chancellor and following up with the European Commission,” he said. “I suspect British and European banks may be involved in money laundering through Dubai and other international financial centres.” DM

Image: Original photo of the Gupta brothers by Gallo Images.