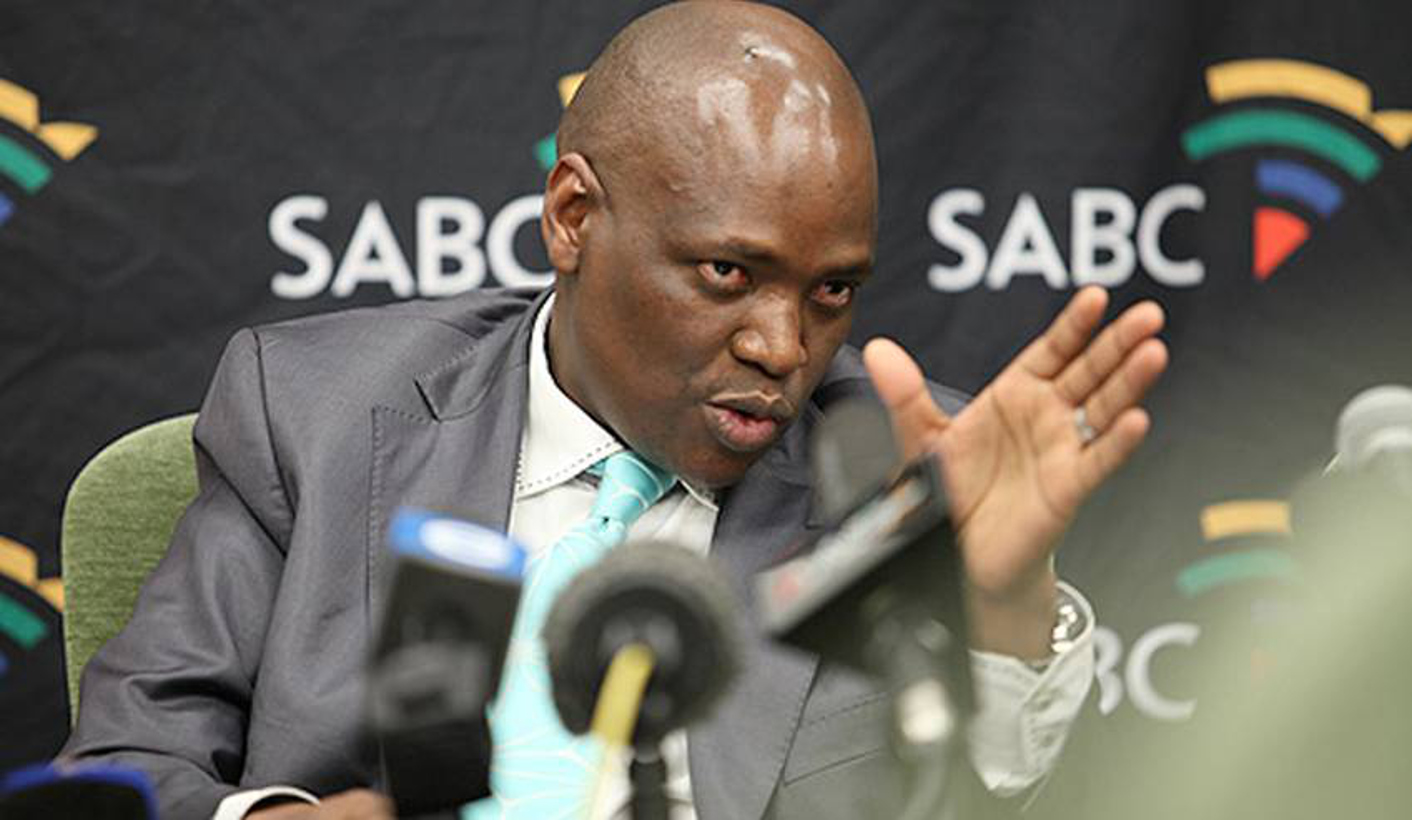 Wednesday was a bad day for Hlaudi Motsoeneng. The former SABC boss, who is being held accountable in court for the legal costs of firing employees who opposed his policies last year, had no friends left. He is fast becoming irrelevant and might face a hefty bill on the way. By GREG NICOLSON.

Hlaudi Motsoeneng sat in the first row of the Johannesburg Labour Court on Wednesday. Behind him sat supporters from the Friends of Hlaudi group and the Black First Land First Movement. In front, at the lawyers’ benches, Motsoeneng was abandoned or betrayed by all but his own counsel.

The Labour Court last year ruled that the firing of multiple SABC employees over their objection to Motsoeneng’s policy not to show footage of violent protests was illegal and reckless. The union Solidarity, which has joined forces with the Broadcasting Electronic Media Allied Workers Union (Bemawu) and together represent seven of the eight fired journalists, went to court to ensure that the individuals responsible, rather than the taxpayer through the SABC, pay the costs for the case.

SABC acting head of news Simon Tebele was fingered alongside Motsoeneng for firing the eight SABC employees and was brought to court to be held personally liable for the costs of the case that saw the journalists reinstated. In a previous affidavit, Tebele said he signed the dismissals after former SABC CEO Jimi Matthews gave him a directive. The SABC employees had spoken out against the policy not to cover protests and were side-lined for their views.

In court on Wednesday, Tebele’s lawyer, Paul Pio, told the court to disregard that affidavit. He said there is “substantial evidence that overwhelmingly suggests [Motsoeneng] was responsible for the dismissal”. Despite his client’s previous affidavit, and the chance he could be held accountable for previously lying to the court, Tebele’s representative was adamant that Motsoeneng should in the main pay the legal costs for the SABC journalists who were fired.

It was a major blow for Hlaudi. His advocate Thabani Masuku based his whole defence on Tebele’s previous affidavit claiming he signed the dismissals after Matthews, as CEO, instructed Tebele to dismiss those against the protest policy. “You won’t see any doubt as to who the decision-maker was,” said Masuku, referring to Matthews. “Beyond a doubt Mr Tebele tells you where he got a directive from and it’s Jimi Matthews,” he said.

There are multiple investigations, including a Public Protector’s report and parliamentary inquiry, which suggest that despite board oversight and Motsoeneng not being CEO, it’s clear he was able to run the SABC with the support of former communications minister Faith Muthambi and, allegedly, the president. The Public Protector’s report into the SABC found he had effectively given himself irregular pay increases, promoted allies and purged opponents.

“You’re affecting his family. You’re going to eat into what sustains his family,” said Motsoeneng’s lawyer, claiming that if he paid the costs for the legal fees of the fired SABC journalists his children and his ability to pay their school fees would suffer.

Masuku argued that the dignity of the eight journalists had been restored after they won their case to return to work. He didn’t mention Suna Venter, who died due to the stress and harassment she received over the case. He didn’t care about the SABC curtailing the livelihoods of the fired journalists, only of Motsoeneng, who enjoyed undue pay increases already at a far higher rate than journalists, and his ability to provide for his family.

Bemawu and Solidarity on Wednesday both suggested that the SABC, Motsoeneng and Tebele pay for the costs of the case. The SABC’s lawyer suggested Motsoeneng and Tebele pay 90% of the bill, claiming the public broadcaster shouldn’t be held liable for the decisions of errant officials. The SABC lawyer said that at the very least, Motsoeneng should have considered what was happening with regard to the failures of the public broadcaster in terms of it applying the labour law and questioned the matter.

The circumstantial evidence points to Motsoeneng. In a press conference, while the controversial protest policy, later ruled against by Icasa, played out, he said he would deal with anyone against his programme. As the judgment is still out, it’s anyone’s guess how the Labour Court will rule. But Motsoeneng took a hiding on Wednesday as his former friends turned against him. DM