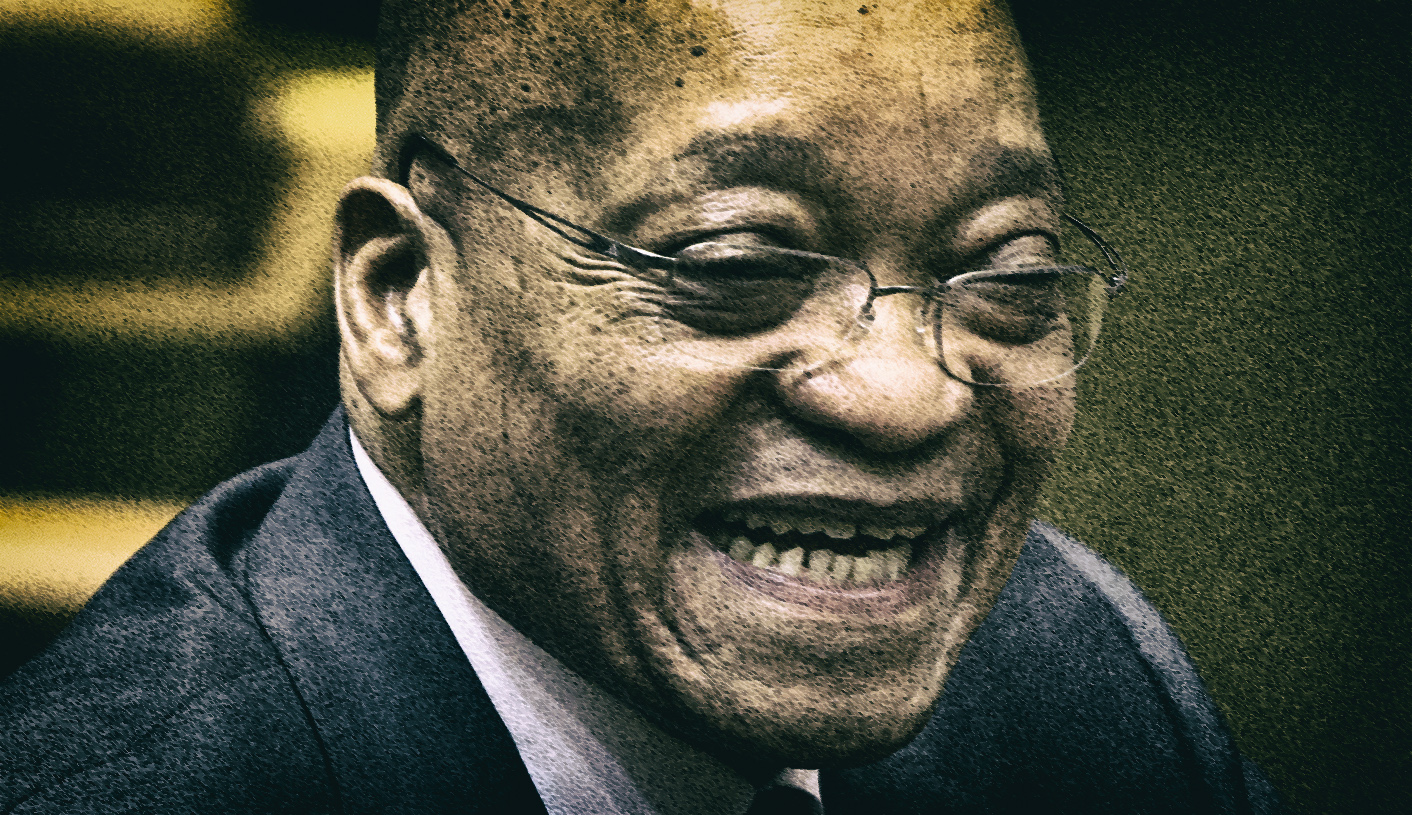 The Constitutional Court on Tuesday heard an application by opposition parties for Parliament to investigate President Jacob Zuma’s complicity in the Nkandla saga and potentially hold an impeachment vote. The court stressed collective accountability but, as leader of the National Assembly, Speaker Baleka Mbete must take responsibility for failing to follow up on the damning findings against the president. By GREG NICOLSON.

Collective blame was a key theme running through Tuesday’s Constitutional Court hearing. In the application led by the Economic Freedom Fighters (EFF), and supported by the United Democratic Movement (UDM), Congress of the People (Cope), Democratic Alliance (DA) and Corruption Watch, the court heard how all Members of Parliament have a responsibility to hold the president accountable through the house’s available mechanisms.

Any party in the National Assembly can ask Speaker Baleka Mbete to establish an ad hoc committee to investigate an issue and she is obliged to follow up on the request and take the proposal to a vote if there is sufficient motivation. Tuesday’s case hinged on an EFF demand in April 2016 for an independent inquiry to be set up to hold President Jacob Zuma accountable after the Constitutional Court found he had “failed to uphold, defend and respect the Constitution as the supreme law of the land” regarding the Nkandla scandal.

Mbete rejected the proposal. The EFF initially envisaged it as more of a disciplinary hearing, led by a retired judge – an easy point for Mbete to reject. She also claimed that as Zuma is not an MP a committee couldn’t be established to hold him accountable. The EFF wrote to the Speaker twice more, with less emphasis on a judge leading the inquiry but maintaining it should be impartial. She continued to reject the idea.

As the National Assembly’s referee, Mbete is known for shutting down debates – although she won some respect for holding the recent no confidence motion in Zuma by secret ballot. But she has done nothing to ensure Parliament fulfils its responsibility to hold the executive accountable, after a scathing judgment against the president from the Constitutional Court.

Mbete did not act to hold Zuma accountable. Maenetje even suggested she couldn’t initiate any action because she must be seen as impartial:

“The Speaker is a member of the National Assembly and has the responsibility to ensure that the National Assembly does what it exists to do. So it can’t be inappropriate if she is satisfied, or has reason to believe that something for which to hold the president or executive accountable, has a reason to initiate that process,” said Chief Justice Mogoeng Mogoeng in response to the claims.

Maenetje was grilled by the justices on why Mbete had not taken any action and had not been forthright about some of her views in her affidavit. Only in papers filed at the court on Monday did the Speaker’s office admit it was not opposed to an ad hoc committee, if the opposition parties followed the correct procedures. It appeared she never communicated that to them in the last 18 months and Maenetje admitted there had been a breakdown in communication.

In his closing arguments on Tuesday, Advocate Tembeka Ngcukaitobi, representing the EFF, suggested Mbete had frustrated the party’s efforts to hold Zuma accountable:

“There has not been a single process followed by Parliament in relation to scrutiny, which is a thoroughgoing examination of the facts. That has not happened at all,” he said earlier in the day.

“It’s constitutionally disturbing that the Speaker keeps deflecting attention in relation to her responsibility of holding the executive accountable, not withstanding two judgments from this court,” said Ngcukaitobi. “What this case is about is that you have the head of state taking public funds for personal use. What does the Speaker think should happen?”

Ngcukaitobi and advocates representing other opposition parties were repeatedly questioned on what an ad hoc committee could achieve that a Constitutional Court judgment, Public Protector’s report and question sessions with Zuma have not. They argued that a committee could have the powers to subpoena witnesses and cross-examine them. Zuma has avoided elaborating on Nkandla and after the Constitutional Court’s Nkandla judgment blamed poor legal advice.

“The problem today is that the Speaker has simply allowed the president to go scot-free without accounting for what is clearly in everybody’s version a prima facie impeachable offence,” said Ngcukaitobi.

The justices appeared frustrated by Parliament’s failure to follow up on their groundbreaking judgment. Mbete, who is also the ANC’s national chairperson, has regularly been accused of being biased towards the ANC and Zuma and failing to provide leadership in the House to promote rather than curtail debate. She’s well known for presiding over the violent eviction of EFF MPs from the house.

Justice Mogoeng encouraged the parties to reach a settlement with the Speaker to hold an ad hoc committee, but her commitment to the plan was questioned after her recent flip-flopping on the issue.

The opposing parties see an ad hoc committee as the first step towards impeaching the president. They argued that Parliament is obliged to launch a fact-finding mission as the basis of an impeachment vote on the grounds that the president violated the Constitution. Even if the committee is established, the ANC remains the majority party and could decide to keep Zuma.

Judgment was reserved on Tuesday. The justices had strong reservations about whether they could instruct Mbete to institute a committee to investigate Zuma’s role in Nkandla, worrying about breaching the separation of powers doctrine, or whether it would have any benefit, after so much evidence has been unearthed.

Many high-profile political issues have been resolved through the courts and the justices emphasised the need for MPs to exhaust National Assembly processes before running to court. After a marathon day of hearings, it’s unclear what the Constitutional Court will decide. Mbete’s surprise decision to hold the recent no confidence motion by secret ballot makes it unclear what she might do now. Remember, the ANC’s elections are on the way and Mbete has put her hand up for president.

If she doesn’t act soon, however, she’ll be remembered as the Speaker who failed to hold the president to account, despite overwhelming evidence against him. DM