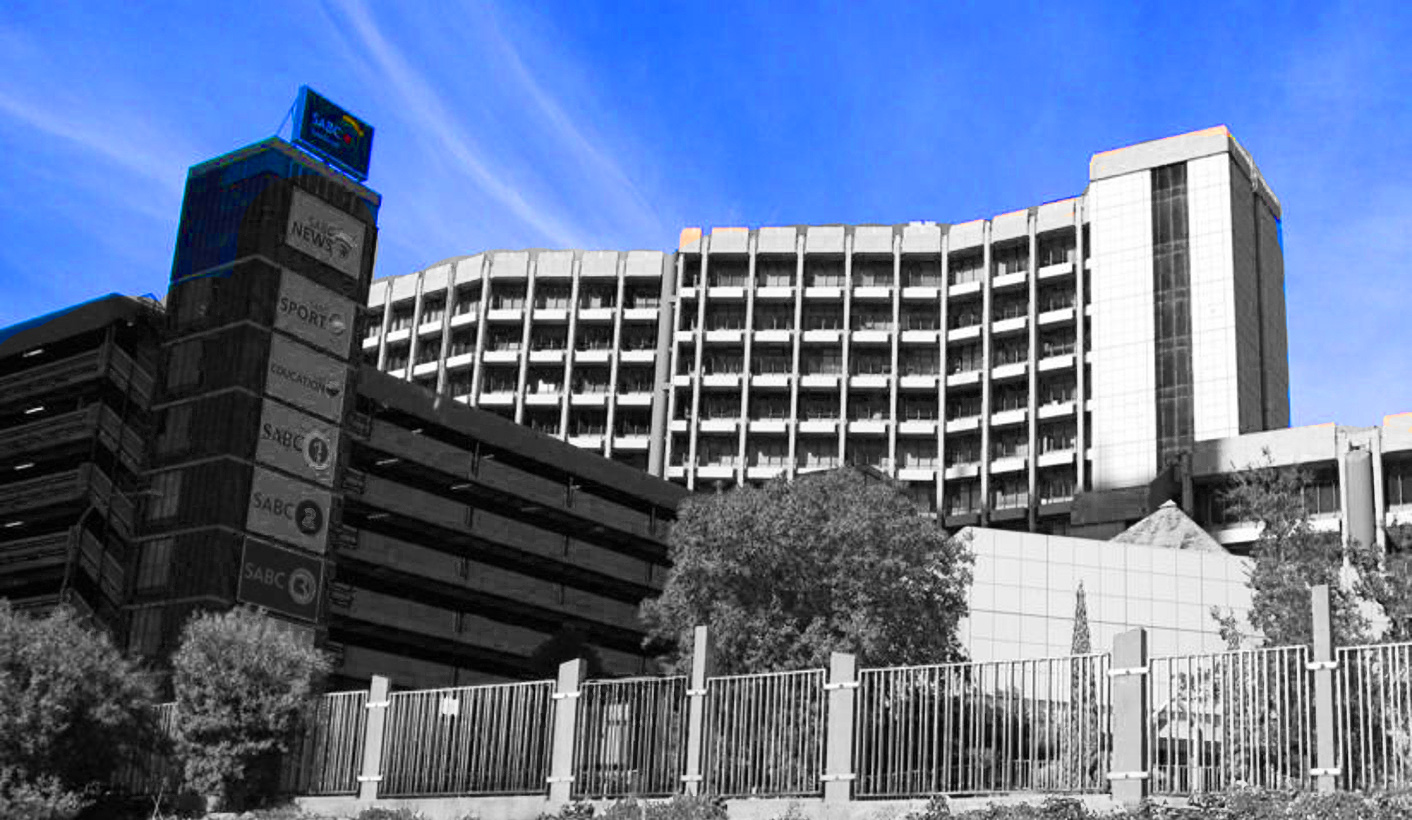 Recommendations to fill the permanent 12-strong SABC board are set to be finalised on Tuesday by Parliament’s communications committee. The National Assembly has to approve the candidates by Thursday, its last sitting before the recess, because the interim SABC board’s term concludes at month’s end. But the new board, officially appointed by the president, is just the next step on the road to resolving the public broadcaster’s governance and financial turmoil. By MARIANNE MERTEN.

The SABC is in a dismal financial state, with losses for the 2016/17 financial year estimated at R1.1-billion. The public broadcaster lost R212-million in direct advertising monies and sustained costs of R72-million to replace content following the unilateral introduction of the 90% local content quota, MPs heard from the interim board in May. Then it emerged that the public broadcaster still had to pay out R74.9-million in royalties, while Parliament’s watchdog on public spending, the Standing Committee on Public Accounts (Scopa), interrogated irregular, fruitless and wasteful spending amounting to R5.1-billion. Now it has emerged suppliers are owed R600-million as the SABC is renegotiating payment terms to ensure it stays afloat.

There is still no official news from Finance Minister Malusi Gigaba on the requested assistance to redress the SABC’s state of finances. It is understood the request was not a bailout but rather a government guarantee against which the SABC could raise loans. In August, Communications Minister Ayanda Dlodlo publicly confirmed without giving any details that a number of meetings had taken place since the interim board submitted its funding proposal in May. Gigaba also has the headache of coming up with a multibillion rand bailout for SAA, which has loan repayments of R6.8-billion due at the end of September unless these are rolled over. Cabinet was looking at what it calls “recapitalisation” of the national airline through, for example, selling its Telkom shares, according to information presented to the House in late August.

Over the past five months the interim SABC board has juggled the rands and cents, while setting right governance debacles. It has moved step by step to implement the recommendations of Parliament’s hard-hitting SABC inquiry such as obtaining the presidential proclamation for a Special Investigating Unit (SIU) investigation into misspending, and cancelling the contract of the controversial, loss-making New Age business breakfasts.

After years of legal battles Chief Operations Officer Hlaudi Motsoeneng has been dismissed. In June he was found guilty of bringing the SABC into disrepute for hosting a rambling “Hands Off Hlaudi” media conference while on suspension. That was separate to disciplinary proceedings over the 2013 Public Protector remedial action that Motsoeneng had misrepresented his qualifications, purged staff and awarded himself a R900,000 salary hike.

The SABC editorial policy is also being revised in the correct statutory manner, through widespread public consultations, including staff input.

There has been widespread praise from civil society, political parties and others for the work of the interim board led by chairperson Khanyisile Kweyama, a BrandSA board director and businesswoman, and deputy chairperson, veteran journalist Mathatha Tsedu. Other board members are Krish Naidoo, who resigned from the previous board amid a deepening crisis in October 2016, former Independent Broadcasting Authority founding commissioner, author and media expert John Matisonn, and Febe Potgieter-Gqubule, who served as deputy chief of staff for former African Union Commission chairperson, Nkosazana Dlamini-Zuma.

All interim SABC board members were among the 34 nominees quizzed by the communications committee over three days last week. Daily Maverick understands that it was anticipated they would make the list of candidates for the permanent board.

Among the interviewees were lawyers, an actor, a retired judge, chartered accountants, an auditor and former National Treasury Deputy Director-General, an MBA graduate CEO in communication technology, entrepreneurs, and an ANC communicator-turned-businesswoman.

The interviews were not always smooth sailing, perhaps due to nerves as the interviews were broadcast live, but also over stumbles over whether the SABC is a state or public broadcaster – it’s a public one serving citizens’ requirements – and perceptions that the SABC was just about television, when in fact its stable of radio stations reaches more South Africans than just about any other broadcaster.

Regardless of political party membership, the communications committee MPs did not shy away from publicly ventilating that most, if not all, the public broadcaster’s woes related to political interference as was also highlighted in the hard-hitting parliamentary SABC inquiry earlier this year.

It was political interference, among other things, that had Save our SABC (SOS) ask Parliament’s constitutional review committee to ensure the public broadcaster’s independence by turning it into a Chapter 9 institution, established in the Constitution to support democracy. The request was turned down in mid-August as unnecessary because “Parliament exercises its oversight role over the SABC through the portfolio committee on communications”, according to the Announcements, Tablings and Committee Reports (ATC), or Parliament’s record of work.

But candidates were asked about political interference in various ways:

ANC membership proved no obstacle to several other nominees such as TechnoChange Solutions CEO and MBA graduate Nkosana Mbokane, who swatted away DA questions on this. “I am a professional, not a politician,” he replied, adding that being an SABC board member was “to serve in the public interests and the Constitution”.

MPs’ questions were sharp and consistent.

For Louise Vale, her current position on the board of the Media Development and Diversity Agency (MDDA) came back to haunt her in last Wednesday’s session. A day earlier the communications committee expressed its “great shock” at the dismal state at the MDDA after hearing of “an inability to perform their fiduciary duties, incompetence, staff intimidation and the arbitrary allocation of funds to community media without following due processes”, according to a committee statement.

And Desmond Golding was grilled about his chairing of the SABC’s audit committee in previous times of troubles, when the public broadcaster required a R2-billion bailout.

In contrast, sailing through her interview was former SABC board member Rachel Kalidass, a chartered accountant who in 2015 was one of three board members controversially removed under the Companies Act instead of the applicable law, the Broadcasting Act. “We need to change the SABC back to being a law-abiding citizen,” she told MPs.

Two-term Independent Communications Commission of South Africa (Icasa) councillor, Nomvuyiso Batyi, also had a relatively uncomplicated session with MPs, despite being quizzed about a reported 2015 offer by then Communications Minister Faith Muthambi to make her chairperson, if a licence for a Gupta-owned media house was approved.

“I had no condition attached to the letter (of offer). But because it was December I didn’t even know who was bidding for the Icasa licence,” she said, adding she had initiated legal action against Muthambi for withdrawing the offer. She had dropped the case due to cost.

During Tuesday’s deliberations, public comment on the candidates would also be considered. It could be a lengthy session during which party-political preferences could emerge in contrast to the interview process where, largely, the focus was on skills sets and getting the best candidates in place to ensure the SABC’s role as public broadcaster.

Communications committee chairperson Humphrey Maxegwana acknowledged the time pressure. But he was confident, also in selecting candidates with diverse skills across finance, legal, human resources, journalism and ITC, and told Daily Maverick: “We will meet the deadline. We are finishing the process”. DM