Op-Ed: Turning Africa’s lights on should be a homegrown priority 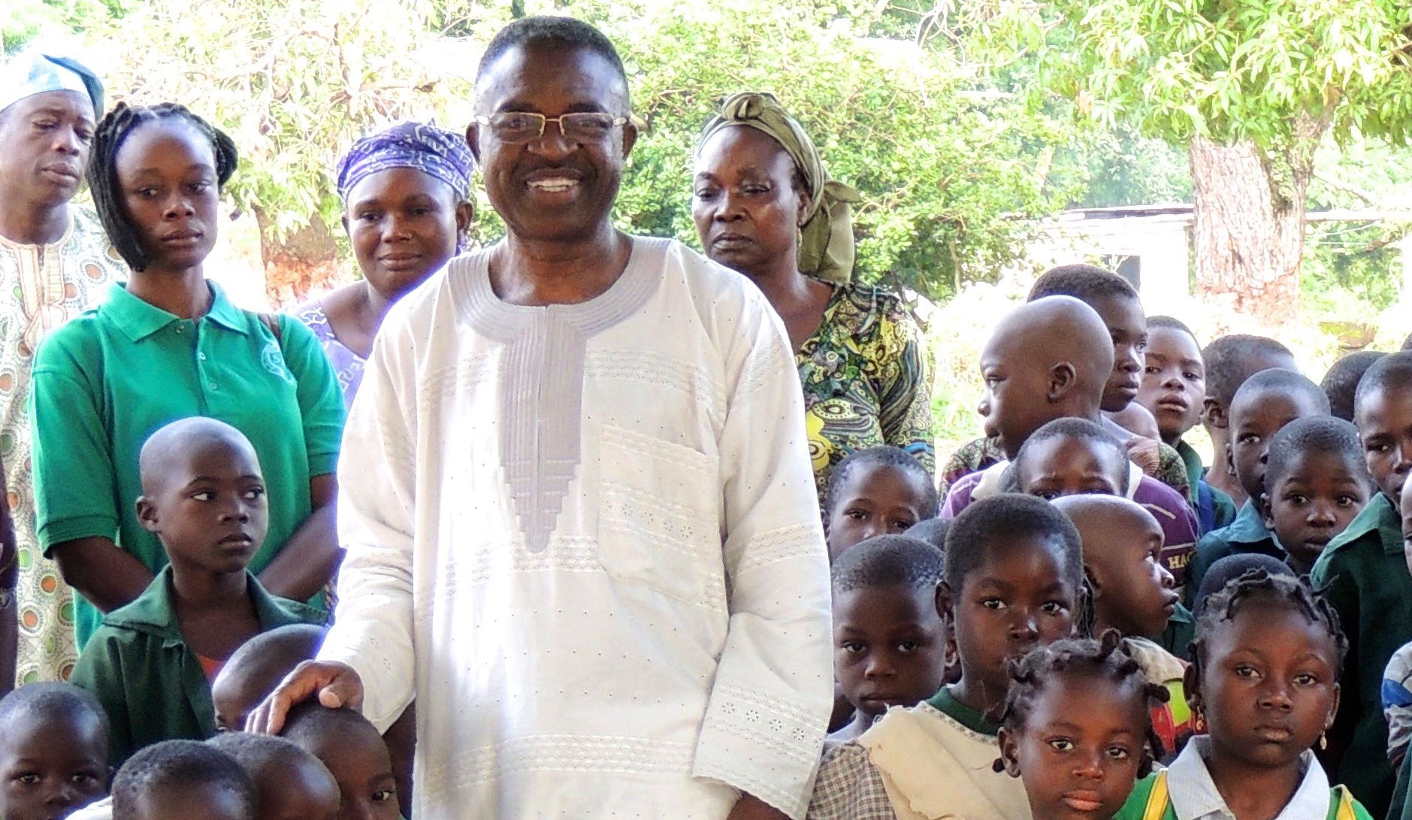 Africa is literally the dark continent because so few people have the lights on. Better we sort that before it becomes a continent on fire. By GEOFF HILL.

The numbers are scary. Africa, with 1.2-billion people and 20% of global land mass, makes just 3% of the world’s electricity.

Half of the continent’s power comes from Eskom in SA, while America burns more in a day than countries like Ghana or Tanzania make in a year.

It was one of the issues raised on 28 August at a conference on illegal migration to Europe. Leaders of Germany, France, Italy, Spain, Chad, Niger and Libya resolved to crack down on people-trafficking, and provide more development aid to source countries.

The push driving people north, they agreed, was not war but poverty and unemployment. And with no electricity, it was hard to change either.

John Owusu is a retired engineer originally from Ghana, but for 50 years he has worked across all regions of Africa.

“Young people on our continent are mostly urban, or in the process of moving from the countryside,” he said. “So if you want to employ millions who are currently without jobs, you need mines, factories and service industries.

“But how can you do that without electricity? In Europe or America, having the lights on is taken for granted,” Owusu said. “But what would happen to cities like New York or London if there was no power for a month, a year? That’s what millions of Africans live with.”

Dams on the continent’s biggest rivers pump out power, but a recent drought left water levels on some reservoirs so low they could no longer spin the turbines.

The cost of solar panels has fallen dramatically, but foreign currency needed to import enough to make a difference can put them beyond the reach of poorer states.

And theft of panels is a problem for India, Africa and parts of Latin America. A Johannesburg firm has patented a system of lock-bolts making access more difficult, but police reports from Limpopo province, where the crime is especially bad on farms, show gangs now arrive with a blowtorch.

It is a challenge for both the aid lobby and environmentalists who would like to see Africa move straight to renewables. But extracting coal, oil and gas provides employment for thousands, hard to argue with in countries with mass unemployment.

Whatever the source of power, the author of a new book says Africa’s answers should be homegrown.

Dr Sylvanus Adetokunboh Ayeni was born in Nigeria but lives in the US where he recently retired as a neurosurgeon. In lectures, on radio and in public forums, Dr Ayeni slams into corruption and incompetence on his native continent, asking why countries with virtually no natural resources like Singapore that gained independence in 1965 rank among the world’s best economies, “while oil-rich Angola manufacturers almost nothing and, under president Robert Mugabe, Zimbabwe has gone from breadbasket to a beggar state”.

But, in Rescue Thyself – subtitled “Change in sub-Saharan Africa must come from within” – the author says little can be done until there is a workable supply of electricity.

“When you have no power, you can’t set up factories, run hotels, do homework, keep vaccines chilled at a clinic or even pump water efficiently. In short, you have no hope of a better life,” Ayeni said.

“And with the resultant poverty and unemployment, young people have few options,” he said. “Why do you think millions are striking out to cross the Mediterranean while others join gangs or militia? Ask yourself what you would do if you lived in such misery.”

India has an estimated 300-million people – close to the population of the US – who are still off the grid. Africa has double that number.

The Power Africa initiative started by President Barack Obama and continued by the Trump administration encourages private US companies to build generation capacity across Africa.

But in Uganda, where both Power Africa and USAID are active, only 22% of the population are on the grid while the country sells what it calls its “excess power” to neighbouring Kenya for cash. Two new dams with turbines are about to come online but much of the output will flow down pylons into the Democratic Republic of Congo, boosting the treasury in Kampala but still leaving a majority of Ugandans in the dark.

In July, President Donald Trump lifted an Obama-era ban on World Bank funds being used for clean-coal projects to generate power in the developing world.

But Dr Ayeni believes aid is not the answer.

“We hear endlessly how a gift of money can put things right, but more than a trillion dollars in aid to Africa since 1960 has done little to help.

“We need solutions that work locally, not wafty notions from aid junkies and NGOs who, when they get it wrong, run back to the comfort of London or Los Angeles,” he said.

“For example, what’s the point of spending scarce foreign exchange to import solar panels or wind turbines for oil-rich countries like Angola or Nigeria? Or to Tanzania, Botswana and South Africa with billions of tons of coal in the ground.”

Nigeria, with more than three times the population of South Africa, produces one tenth as much power.

Experts say the problem often lies in last-mile technology, lines from substations to homes and factories, even to whole towns.

Nigel Lawson was chancellor under Margaret Thatcher and today sits in the House of Lords. In London, he also chairs a non-partisan think tank, the Global Warming Policy Forum, or GWPF, with a board of leading business people and academics.

GWPF director, Dr Benny Peiser, agrees with Ayeni that power generation is vital to changing Africa for the better. “If you worry about Africans in poverty and people drowning in the Mediterranean, or the rise of militia and criminal networks, do something about it. And that must begin with electricity.”

Peiser said it was “an outrage that, in 2017, some African states produce less power than a mid-size town in Europe or America”.

This, he said, is a threat to the environment. “People need to cook and stay warm, so they cut down trees.” A recent report published in Nairobi shows that over the past half century Kenya has lost three-quarters of its old-growth forest.

And he said Ayeni was right that supply of power had to be done quickly and in a way that works for Africa.

“China has 1.4-billion people, roughly the same as Africa, but it generates 12 times more electricity. You only get those numbers from hydro plants on rivers and, for the most part, from coal and gas.”

But Ayeni says time is short. “Africa is urbanising perhaps faster than anywhere on the planet, and in our cities unemployment can reach 70%, especially among the youth. If we don’t find something for these people to do, we face a bloody revolution worse than anything in history.”

Migration, crime, militia and “a continent in dysfunction”, he said, were “a product of poor governance, bad aid and hundreds of millions left destitute because there is no work and no electricity to build an economy”.

Peiser said while small solar units handed out by US and British aid groups were helpful, “let’s not kid ourselves that this is the answer. We need every city and town on a central grid where the power doesn’t go off”.

Ayeni dismissed the idea that grid power can’t work in Africa because of distances involved and the cost of distribution to rural areas.

“Canada is a third the size of Africa with vast areas under snow and ice, but every part of the country has electricity and Canada generates so much it sells power to the US.”

And, if aid is delivered, he said it should be done, as far as possible, outside the reach of government.

“Africa is literally the dark continent because so few people have the lights on. Better we sort that before it becomes a continent on fire.” DM

Photo: Dr Sylvanus Ayeni at a school on his recent lecture tour of Nigeria. Photo: Supplied