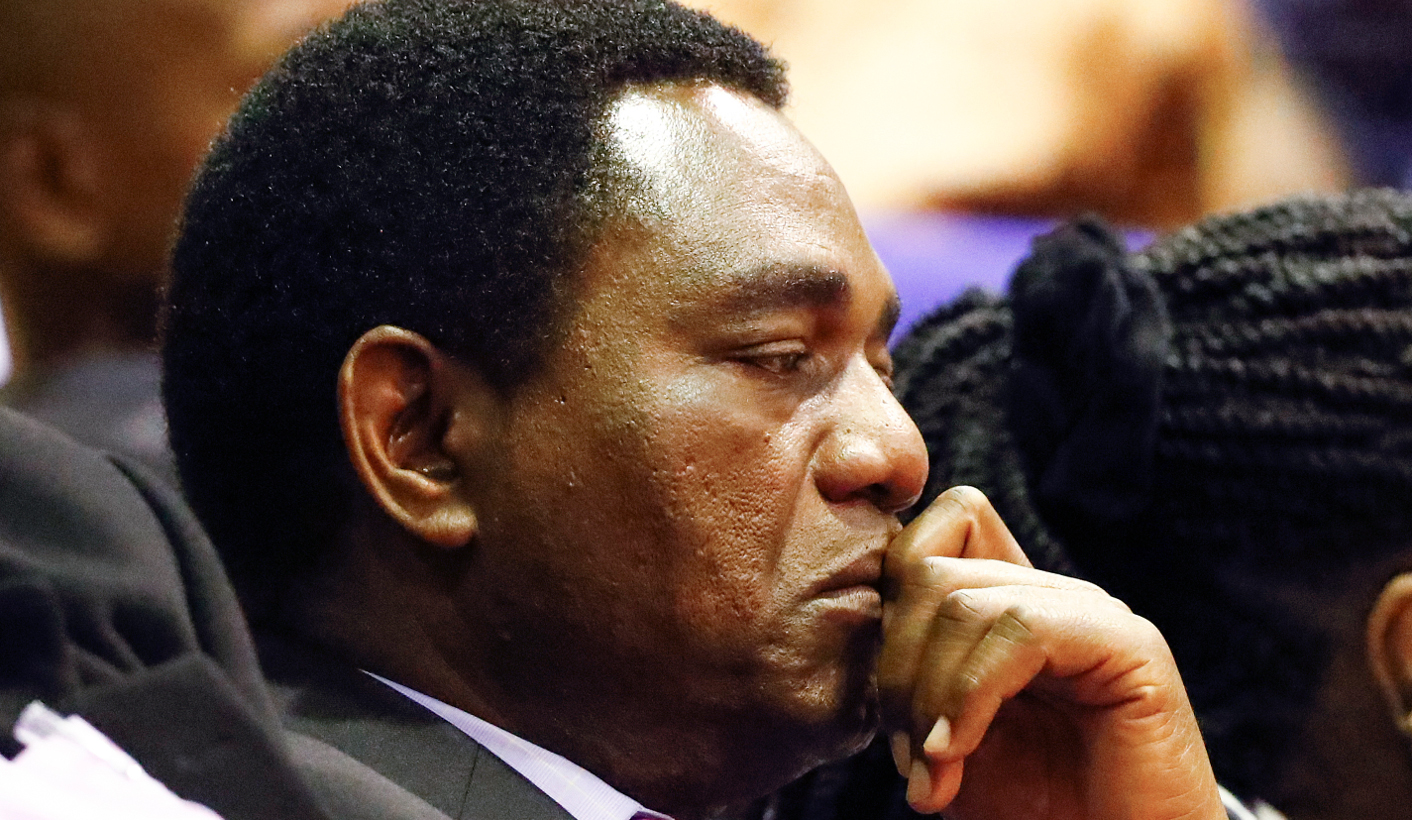 The newly liberated leader of Zambia’s opposition, Hakainde Hichilema, on Thursday called for South Africa to use its leverage as one of Zambia’s largest trading partners to push back against President Edgar Lungu’s “dictatorship” government. By KRISTEN VAN SCHIE.

Speaking at a joint press conference with Democratic Alliance leader Mmusi Maimane in Cape Town, Hakainde Hichilema said South Africa owed Zambia solidarity “not as a payback, but as an obligation to protect those that are being humiliated”.

“What did Zambians do during the apartheid struggle with limited resources?” the businessman-turned-politician said. “We provided space for the anti-apartheid movement to live in Zambia. Ordinary citizens did what they could within their limitations. It took long before the apartheid struggle became a worldwide song, but Zambia played its part.

“Surprise, surprise – they’ve forgotten that,” he said of the ANC.

Hichilema narrowly lost to Lungu in a 2016 vote. An opposition petition against the results was thrown out of the country’s constitutional court on a technicality. In April, he was arrested for treason after a traffic altercation with the president’s motorcade, an incident that saw Lungu’s rule widely derided as a dictatorship.

Hichilema spent 127 days behind bars before the charges against him were dropped in mid-August following intervention by the country’s churches, Commonwealth secretary-general Patricia Scotland and former Nigerian president Olusegun Obasanjo.

Maimane attempted to attend one of Hichilema’s court appearances in May, but was refused entry to Zambia.

On Thursday, Maimane lambasted President Jacob Zuma for failing to raise the issue during a visit to Zambia in early August while Hichilema was still imprisoned.

“He went on as if it were business as usual,” the DA leader said, noting that the partial state of emergency introduced by Lungu in early July bore many similarities with the states of emergency in 1980s South Africa. “Zambia stood up for us then. Why, at a time such as this one, will South Africa not stand up for Zambians?”

Maimane called on Zuma to use his role as the new chair of the Southern African Development Community to reassert South Africa’s leadership position in the region “and to reassert the values that South Africa will stand for on the continent”.

“But our government’s track record speaks for itself,” he said, pointing to the recent diplomatic immunity granted to Zimbabwe’s First Lady Grace Mugabe after she allegedly assaulted a local model and its failure to arrest Sudanese president and wanted war criminal Omar al-Bashir at a 2015 African Union conference in Johannesburg as part of a “trend” under the ANC.

“It is untenable that we protect big men and big systems who take actions against their citizens,” Maimane said. “We can’t allow Africa to regress.”

Hichilema insisted he did not harbour any bitterness over his arrest but said the legitimacy of the 2016 vote was still “a sore point”.

“You may believe that this is a Zambia problem. It’s not a Zambia problem. It will spill over to you before you even think about it,” he told the gathered journalists. “Leaders learn bad habits from each other. Sooner rather than later, your own work here will be constrained. So pay attention to what’s happening in Zambia.” DM