When enough is enough: Why are Muslim marriages still fighting for recognition? 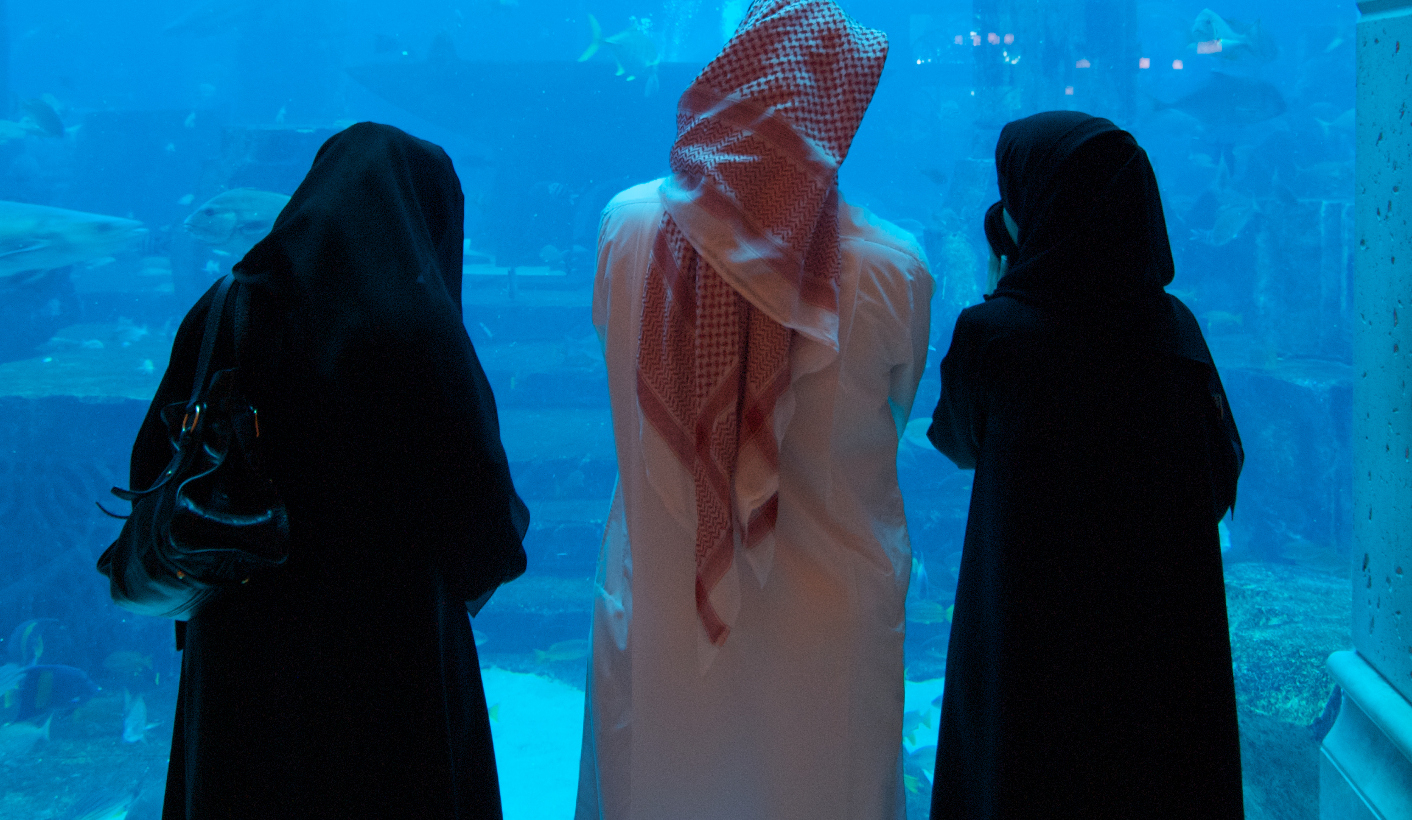 For two weeks, activists, government and interested parties will say their piece in court on the matter of religious marriage. But the bigger question is why women have been fighting for their rights, piecemeal, since the 1990s. By MARELISE VAN DER MERWE.

The “piecemeal” approach to fighting for recognition of Muslim marriages is no longer sustainable, says Seehaam Samaai, Director of the Women’s Legal Centre.

Context: the battle for a legal framework to recognise religious marriages. The first steps towards this were taken in the 1990s, but activists say the wheels barely turned before they ground to a halt. And now the matter is in the Western Cape High Court.

The court will hear arguments from the state, the Women’s Legal Centre (WLC) and interested parties on whether the failure to recognise Muslim marriages discriminates against women. The matter will be heard by Judges Siraj Desai, Gayaat Salie-Hlophe and Nolwazi Penelope Boqwana, until September 8.

Speaking to Daily Maverick on Tuesday, Samaai said multiple cases had been brought to court over two decades in an attempt to ensure the recognition of Muslim marriages for specific purposes, for example in order to ensure pensions were received, or under the Maintenance Act.

Perhaps the most ground-breaking was the Hassam vs Jacobs NO and Others case. The Constitutional Court ruled in 2009 that all the wives could inherit, after their husband died intestate, as the alternative would amount to discrimination on grounds of religion, marital status and gender.

“But women can’t go to court every time,” said Samaai, citing the cost and often time-consuming or traumatic process. The WLC’s desired end is a legislative framework that will offer recourse for those in religious marriages. “We are not directive,” she added.

If you missed the finer details, here’s a quick recap. August 2017 saw the case of the Harnaker family, which the WLC says demonstrates the irony of the law as it stands; “recognition” for religious marriages that ultimately does not offer any real rights or protection. In short, the family was in agreement over the deceased’s estate – but the Deeds Office was not.

On August 14, Judge Andre Le Grange of the Western Cape High Court heard their application. The deceased left a Sharia will, allocating the shares of his estate to his children and spouses, having been married in terms of Islamic and Civil law. Both marriages had been conducted according to Muslim rites, but only the first marriage had been registered civilly, because polygynous marriages are not recognised under the Marriage Act.

This is where it gets complicated. According to Samaai, there was no dispute within the family over the estate. The wives’ legal representative says their late husband treated them as equals and the family assumed the estate would be administered and divided equally amongst the surviving spouses. When the house was being transferred into their joint names, however, it was the Deeds office that objected – something it could do under the Deeds Registries Act 47 of 1937.

The deceased’s children had repudiated their shares to their mothers, which they in turn could do under the Wills Act. However, the Deeds Office refused to register a portion of the house under the name of the wife who was married only in terms of Muslim rites. In their view, a Muslim spouse is not a “surviving spouse” in terms of section 2C(1) of the Wills Act.

“The irony of the Harnaker matter lies in the fact that the law is the only obstacle to fulfilling the deceased and the heirs’ wishes. The Act does not recognise polygamous religious marriages, due to its narrow focus. We live in a multi-cultural society where all marriages should be protected and recognised,” the WLC said in a statement on Monday.

The Harnaker case has been heard and the family is awaiting the outcome. In the meantime, the bigger battle continues.

Although the Harnakers are Muslim, not only Muslim families are affected. Customary marriages are recognised, but they too can have their complications. In terms of religion, Hindu or Jewish marriages, for example, are also at risk. Similarly, not only wills and estates can prove problematic. Divorces, maintenance claims and other legal issues also arise.

“The non-recognition of such marriages has far-reaching consequences,” says Samaai. She adds that a lack of legislative protection is often particularly detrimental to those already disenfranchised on multiple levels, facing gender discrimination and historical economic disadvantage. Furthermore, it is often minorities affected. Muslims make up around 2% of South Africa’s population, Hindus 1% and Jews 0.2%. This, argues Associate Professor in Law at UCT, Waheeda Amien, “is no excuse for the failure of government to protect them”.

Both Samaai and Amien note the slow pace at which the matter has been attended to. “Sadly, the courts have become the only source of recourse for Muslim women seeking to enforce their rights,” Samaai believes.

Amien noted, earlier in 2017, a continued failure to fulfil Constitutional obligations to recognise religious marriages for all purposes and – more importantly – to regulate the consequences of recognition.

In 1999, a Project Committee was appointed by the Minister of Justice, within the Law Reform Commission, to investigate the status of Muslim marriages in South Africa. Later, there was the Muslim Marriages Bill, which was not signed into law.

As early as 2003, the South African Law Reform Commission recommended that legal protection be given to Muslim marriages:

3.357 The Commission considered representations calling for a comprehensive overview of the Islamic law of succession. In the Commission’s view, the issues that were raised in respect of succession are complex and manifold … However, provision was made to amend the Intestate Succession Act 81 of 1987 by broadening the definition of a “spouse” to cover the spouse/s of a Muslim marriage (see the Schedule to the proposed draft Bill). A corresponding amendment was made to the Maintenance of Surviving Spouses Act 27 of 1990. This would alleviate the hardships endured by Muslim spouses who in the past have not enjoyed such recognition. (ISLAMIC MARRIAGES AND RELATED MATTERS report, p106).

By 2012 it appeared the entire process had ground to a halt, says Samaai. The Women’s Legal Centre Trust (WLCT) eventually took President Jacob Zuma, Parliament and two government departments to court to have the Muslim Marriages Bill made law within a year. This did not result in any concrete outcome. Attorney Hoodah Abrahams-Fayker told CapeTalk in 2015 that efforts to recognise Muslim marriages were still moving too slowly.

According to Abrahams-Fayker, the matter was initially taken to the Constitutional Court, then redirected to the High Court, and then no further steps were taken by government to legitimise Muslim marriages legally. This, in turn, delayed the referral to the High Court.

“The State has not delivered,” says Samaai.

Attorney Abdul Buckus adds that the misunderstanding by many – who may erroneously believe their rights are protected – compounds problems. “The Recognition of Customary Marriages Act was enacted in the last quarter of 2000. Many Muslim individuals and couples incorrectly believed that this legislation would result in the recognition of (Nikah) Muslim marriages,” he explains.

“A Project Committee of the South African Law Reform Commission was established to investigate Islamic Marriages and related matters. This investigation ultimately led to drafting of the Muslim Marriages Bill. Again, many a Muslim mistakenly believed that Muslim marriages had attained recognition, after the deadline for public comment on the Muslim Marriages Bill had passed at the end of May 2011.” Again, they were wrong. A deadlock between those who believe some regulation is better than none, because it will offer legal protection; and others who believed the bill was un-Islamic and unconstitutional, contributed to delays, Buckus believes.

The struggle may be far from over. Buckus warns that a successful application by the WLC may not solve the problem of piecemeal court battles, as “South African legislation is by default not of retrospective application, and unless specified, an act will not apply to marriages before the commencement date”.

Family lawyer Sheri Breslaw writes: “South African statutory law is still fundamentally lacking in the recognition of the rights of and protection of parties to marriages contracted only in terms of Muslim law. However, it is not as if this shortcoming in the law has not been noticed.”