Reporter’s Parliamentary Notebook: MPs need a 25-hour day to get through legislative and administrative load 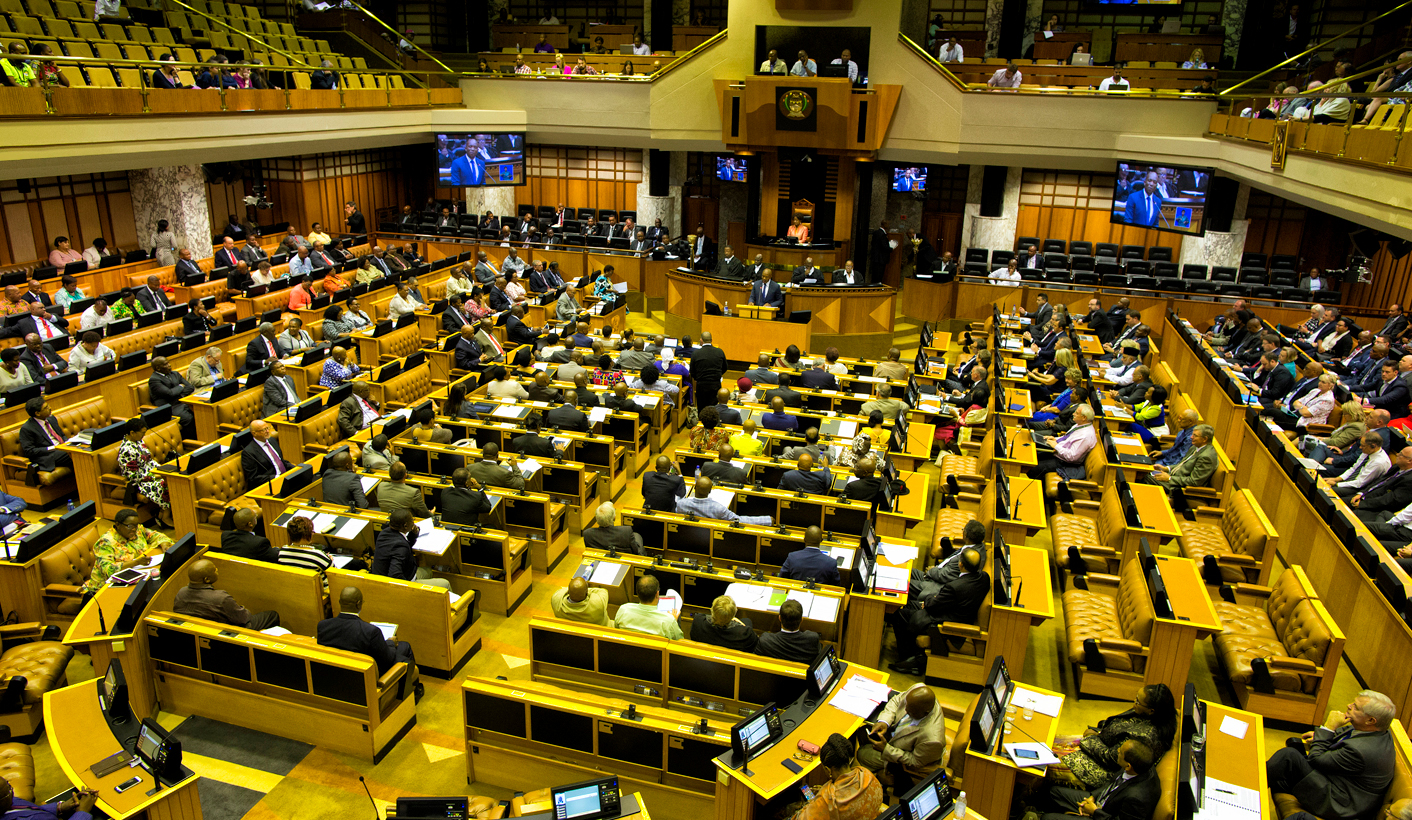 Parliament has passed nine laws, including two giving effect to February’s Budget this year while 32 others still pending are upping the pressure on the legislative programme. And Parliament’s administration has its own battles from critical vacancies and a staff turnover of 60% to the internal audit committee finalising its probe of controversies relating to Secretary to Parliament Gengezi Mgidlana, who has been on special leave since the investigation started in June. By MARIANNE MERTEN.

Aside from the 2017 Division of Revenue Bill and Appropriations Bill, which gives effect to the monetary allocations announced in February’s Budget, four of the other Bills passed this year date back to 2015. This includes the Financial Intelligence Centre Amendment Bill, which defines politically exposed persons for additional scrutiny in line with South Africa’s international obligations, and the Protected Disclosures Amendment Bill, which relates to whistle-blowers.

Official documentation shows that at least 11 of the pending Bills have been in the parliamentary legislative pipeline for over a year, some for 21 months. And while the “Report on Bills and other matters before committees of the National Assembly”, dated 24 August, states that the Traditional and Khoi-San Leadership Bill should be finalised by 30 August, that deadline was missed. The Bill was referred to Parliament in September 2015.

Unless there is a rush of legislation passing towards the end of the year, Parliament’s legislative output in 2017 is set to lag behind the past three years. In 2016, a total of 18 Bills, including the Budget and Medium-Term Budget Policy Statement (MTBPS) related Adjustments Appropriation Bill, were passed, according to documentation seen by Daily Maverick. In 2015 the number was 25 and although 2014 was an election year, Parliament still passed 43 Bills.

Official documentation headed “Proceedings on Bills” also raises questions over two Bills that were passed in 2013 and 2014 respectively, but still have to be assented to by the president. According to Section 79 of the Constitution the president may refer a Bill back to Parliament, but must sign it once his reservations are addressed or send it to the Constitutional Court for a decision on the draft law’s constitutionality. Once certified, the law has to be signed into force by the president. However, no time period for this is expressly stated in the Constitution.

And so the 2010 Protection of State Information Bill, dubbed the Secrecy Bill, has been in President Jacob Zuma’s in-tray for four years. He returned it to Parliament to fix typos and cross-referencing of some sections, which was done and the Bill passed in early 2013.

The 2012 Private Security Industry Regulation Amendment Bill, which controversially implements 51% local ownership quota, has been in the presidential in-tray since 2014.

Two other pieces of legislation, the 2015 Expropriation Bill and the 2013 Mineral and Petroleum Resources Development Amendment Bill, were passed by Parliament in May 2016 and November 2014 respectively, but returned by Zuma in February 2017 and January 2015. They are still outstanding, although Finance Minister Malusi Gigaba’s 14-Point Action Plan has set a deadline of December 2017. There is no known target date for the Expropriation Bill, which seeks to replace the apartheid era law that is still in place and to formalise the constitutional imperatives of expropriation for “public purpose in the public interest” as outlined in Section 25 of the Constitution.

Meanwhile, elsewhere on the parliamentary front, Wednesday’s meeting of the Joint Standing Committee on the Financial Management of Parliament raised questions as to why critical posts were no longer funded – they were until two years ago, when budget allocations were cut. Questions were also raised over the 60% turnover of staff. “We can’t have that situation,” said committee chairman Vincent Smith. “Sixty percent staff turn-over and we expect this to become an institution that is effective!”

But unanswered went questions about the more than R30,000 bursary awarded to Mgidlana, and questions over his statutorily required performance contract that had not been signed with just a few weeks to go before the end of the 2016/17 financial year. Acting Secretary to Parliament Baby Tyawa told MPs she’d prefer not to comment as “these matters are investigated by the (internal) audit committee”, confirming she had appeared before it.

However, the internal audit committee has written to the Joint Standing Committee on the Financial Management of Parliament saying it would brief MPs once its investigation report is finalised. Then, an urgent meeting by the oversight committee would be called, Smith agreed.

The pressure on the business of Parliament in 2017 appears relentless. DM