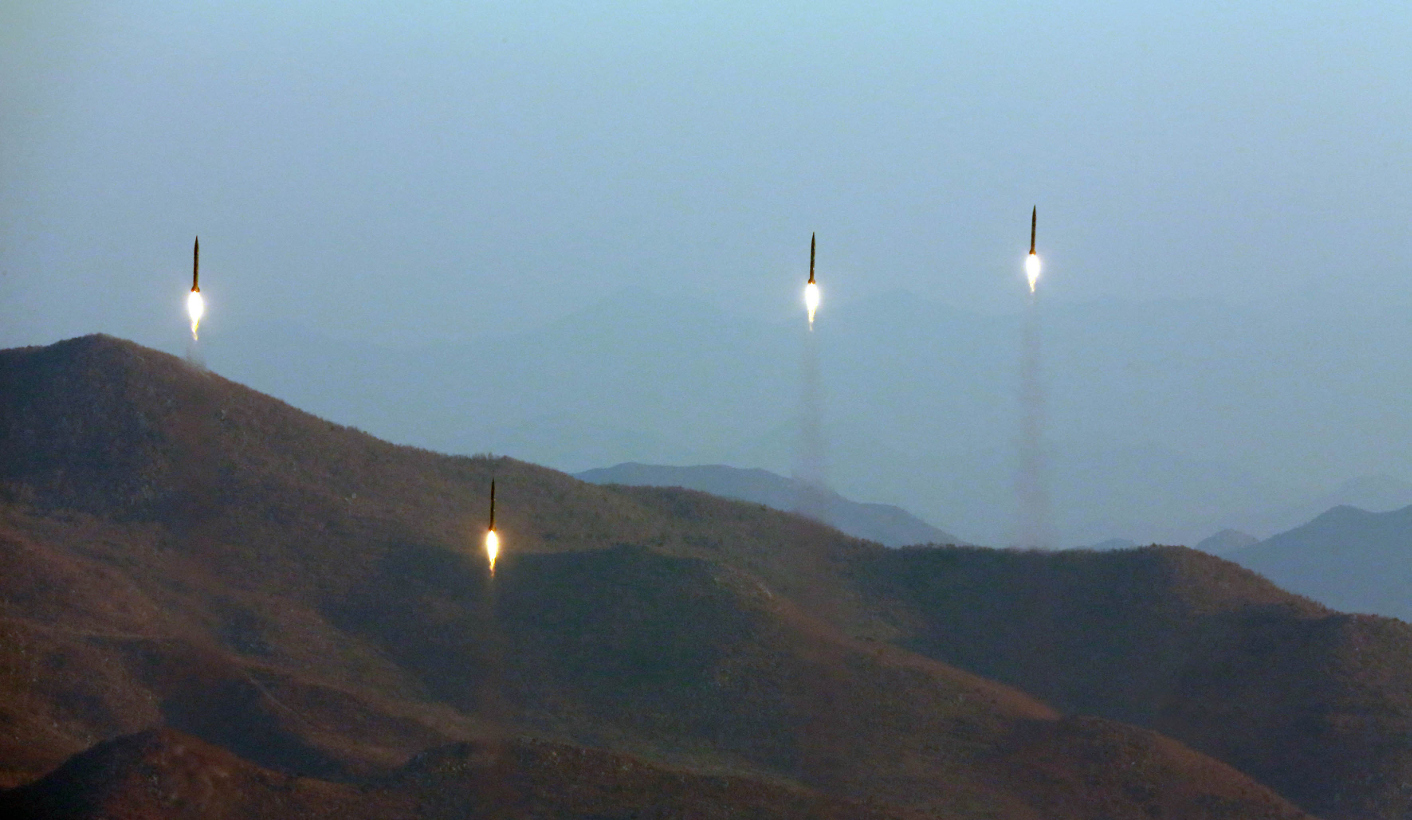 In the wake of the North Korean missile fired into Japanese airspace – on the United Nation’scommemorative “International Day Against Nuclear Tests” on August 29 – an emergency UN Security Council meeting was called over the escalation of tensions in the Korean Peninsula. Repeated missile testing by North Korea this year, and reports indicating that it has weapons with the capacity to reach parts of the United States, mean that the threat is becoming more imminent. BY ADITI LALBAHADUR.

While South Africa appears far removed from the immediate fallout of a possible nuclear war in the Korean Peninsula, it will not be immune from the ensuing global fallout. As a country deeply integrated into the international community, one that takes a strong stance against nuclear weapons, South Africa ought to play a more proactive role in addressing this escalating crisis.

Although estimates suggest that North Korea has at most 20 of the world’s 14,935 known nuclear weapons, it is currently the most threatening nuclear power. Several factors contribute to this – the Kim dynasty’s isolation from world affairs make their motives largely unknown; the perceived threat it feels under and lack of trust in the international community make North Korea unpredictable; and the presence of three other nuclear powers (China, Russia and the United States) with interests in the peninsula make the situation volatile. Topping off this deadly cocktail is the potential for triggering a global crisis.

There are no winners in this scenario, and it is clear that there is no military solution to the Korean Peninsula crisis. Does this necessitate a reversion to the negotiating table? And can South Africa play a key role?

The Korean crisis has been a remnant of the Cold War whose genesis is to be found in the World War ll. On 9 August 1945, the Soviet Union declared war on Japan and invaded Korea (under Japanese colonial rule) north of the 38th parallel. On 25 June 1950, North Korean forces with support from the Soviet Union (and China) invaded the South, attempting to reunify the peninsula under its leadership. When the UN Security Council authorised military intervention in Korea on 27 June, it introduced UN Forces (90% of whom were American) into the fray, including 800 South African troops.

An armistice, signed between all parties on 27 July 1953 resulted in a ceasefire, but there is still no peace treaty ending the war. This is crucial for explaining Pyongyang’s threatening behaviour because it still believes that a resurgence of the war is imminent.

Today, the Korean Peninsula provides the space for different kinds of power competition. China and Russia are nuclear powers, former Cold War adversaries of the US and current economic competitors, jockeying for global prestige beyond their borders. Russia’s contemporary role appears to be driven by the close involvement of the US and China, with it wanting to maintain a foothold on this strategically important region.

China is playing a disruptive role towards American global influence. As a key ally and trading partner with North Korea, it can elevate its global status and bolster its expansionist ambitions in the South China Sea. Geographic proximity to the missile testing in North Korea threatens Japanese security.

Japan and South Korea are strong US allies and lynchpin economies in the capitalist global order, which would profoundly be affected by the escalating crisis. This necessitates an active US presence. Threats by President Trump to unleash ‘fire and fury’ indicate that it is increasingly playing a provocative role however.

Would SA be ‘speaking out of turn’?

Photo: An undated photo made available by the North Korean Central News Agency (KCNA), the state news agency of North Korea, on 7 March 2017, shows four projectiles during a ballistic rocket launching drill of Hwasong artillery units of the Strategic Force of the Korean People’s Army at an undisclosed location, North Korea. According to the South Korean military, North Korea test-fired several short-range unidentified projectiles into the sea from the eastern Kangwon province on 26 August 2017. Photo: EPA-EFE/KCNA