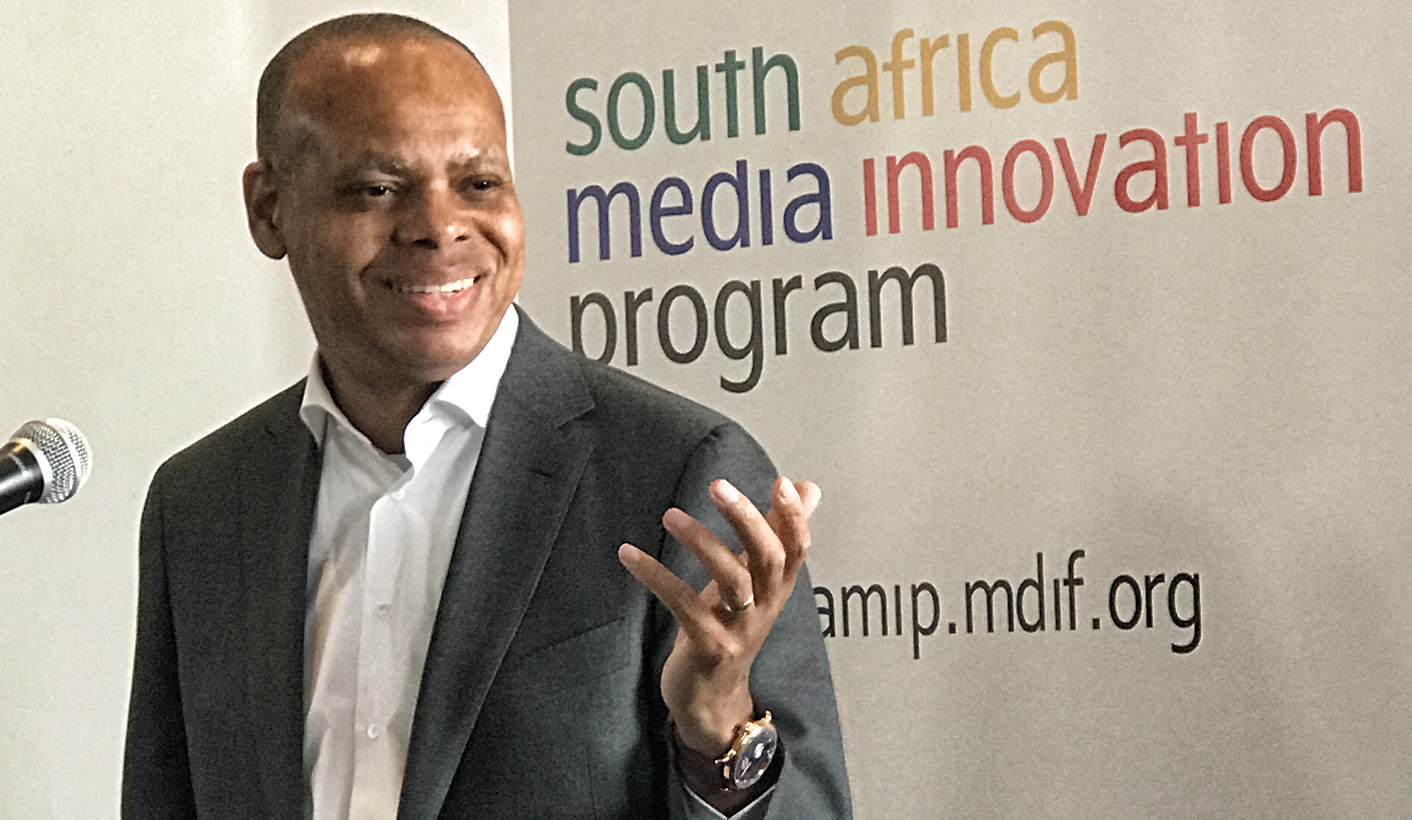 America is looking to young innovative South African journalists to provide a beacon, helping it correct the current distortions in its own democracy, former US ambassador Patrick Gaspard said this week. By PETER FABRICIUS.

Since he left his post in Pretoria in January and returned to the US, there had been an “all-out assault on the freedom and independence of the press which the US President repeatedly seeks to delegitimise as fake news,” former US ambassador to SA Patrick Gaspard said at Constitutional Hill, Johannesburg.

The foundation and the Omidyar Network are putting up the money for the programme while the Media Development Investment Fund will manage it, under supervision of a local advisory panel.

Gaspard said US President Donald Trump’s constant denigration of the US media as purveyors of fake news was a time-tested tactic of propagandists everywhere. Meanwhile Americans were also sharing more and more stories on social media, without regard to facts.

And the US Justice Department had threatened to step up prosecutions of government officials who leaked information. This could have a chilling effect on the free flow of information about government’s inner workings.

In the rest of the world, in Eastern Europe, Russia, Egypt, Bahrain and elsewhere, journalists were being intimidated, harassed, jailed and even killed. These concerns also existed in South Africa, despite its “radically progressive” Constitution which recognised the essential participation of citizens in governance, Gaspard added.

“Independent media builds an explicit discourse on rights, responsibilities and radical accountability. It is one of the Open Society Foundation’s most enduring beliefs and most important areas of work.”

This was why the foundation was helping fund the South Africa Media Innovation Programme project, Gaspard explained, as “a crucial step in shoring up this country’s journalism at a critical juncture.

“Through the programme we hope to combat the severe strain on journalism’s traditional revenue model that has disrupted the industry and caused so many lay-offs and closures.”

The aim was to encourage technological innovation and strategic thinking that would help tomorrow’s editors overcome barriers to staying in business. The project would not only fund digital media startups but also help existing publications transition from print into a new digital age.

Gaspard said OSF deeply believed a free and independent press was vital to the preservation of democracy, “especially now when freedom of the press is under attack around the globe”.

Gaspard and Media Development Investment Fund deputy CEO Mohamed Nanabhay both stressed that although the South Africa Media Innovation Programme would try to invest in sustainable projects, it would not be deterred by the risk of failure, as long as valuable lessons were learnt from it.

“Some will be quick to cast support for an independent media effort as intrinsically oppositional,” Gaspard said.

“As someone who was blessed to come of age in the cauldron of the anti-apartheid struggle, which lit a fire under my generation of activists, I can say this effort is better described as a project in service to and in affirmation of a set of guiding values that liberated a nation and inspired a world.

“I’m bullish on SA’s future precisely because it’s always been a space of innovation and experimentation.

“This humbled former ambassador is now faced with the fragility of institutions at home that I had long taken as resilient,” he said, expressing the hope “that lessons learned from this effort in South Africa will provide prescriptions for challenges in the distortion of democratic practice in America. I look to South Africa and its brilliant, young, enterprising reporters as a beacon.”

Fatima Hassan, executive director of OSF-South Africa, said OSF was supporting the South Africa Media Innovation Programme because accurate reporting, non-partisan coverage and information were the life-blood of any democracy.

“The space to report clearly and credibly outside the framework of vested political and commercial interests has narrowed sharply in recent years, while transformation remains limited and there is a strong need to provide support to journalists of colour, especially strengthening the inclusion of women reporters and editors as we make the digital leap.”

A thriving independent media was key to providing trusted information, critical checks and balances on those in power and protecting openness and accountability, the foundations of a healthy democracy.

Media Development Investment Fund CEO Harlan Mandel said the heart of the South Africa Media Innovation Programme was innovation. This was a time of transition for many media companies and successful organisations needed to diversify revenue streams and build projects that resonated with their audiences. DM