Judicial appointments: How much does the public need to know? 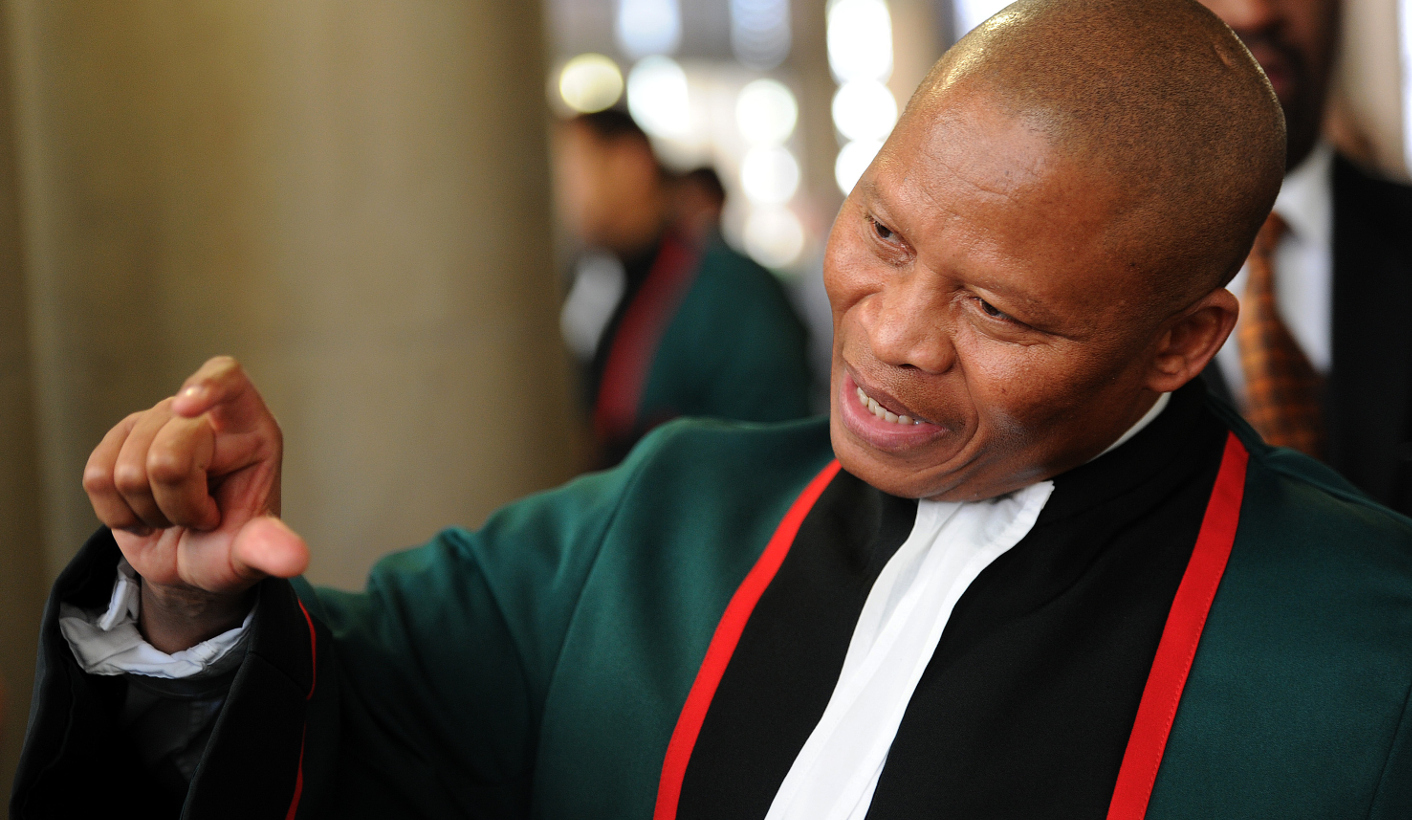 Does the public have a right to more information about the process in which South Africa’s judges are appointed? The Helen Suzman Foundation argues that the currently secret deliberations of the Judicial Service Commission should be a matter of public record – but the JSC disagrees. The issue has been working its way through the courts for four years, and on Thursday finally reached the Constitutional Court. By REBECCA DAVIS.

There are few job interviews more public than those which lead to the appointment of South African judges. Would-be judges are interviewed by the Judicial Service Commission (JSC) in full view of the public and media – and commissioners, including the likes of EFF leader Julius Malema, often do not hold back in their questioning.

Candidates must arrive prepared to have their professional records and sometimes even personal lives scrutinised and interrogated. It is an experience that can leave even the most hardened legal personalities visibly quaking.

But carrying out the interviews in public does not amount to sufficient transparency about the process of how judges are actually decided on, argues the Helen Suzman Foundation (HSF).

After the interviews, the media and the public are kicked out in order for the JSC to settle down to closed-door deliberations. These discussions, which can stretch for hours, culminate in a vote. The successful candidates – the country’s new judges – are then announced. There is ordinarily no further information given as to why certain applicants succeeded and others failed.

What originally prompted the Helen Suzman Foundation to consider the issue of transparency more closely was the JSC’s 2013 decision to appoint Mokgoatji Dolamo to the high court rather than advocate Jeremy Gauntlett. The Foundation held that Gauntlett was clearly the more qualified candidate, and challenged the decision in court.

When the JSC duly handed over the record of its decision, however, it did not include transcripts or recordings of the deliberations that led to that decision. Instead, it supplied a summary of the decision-making based on the deliberations. The HSF says that’s not good enough.

“The issue really is whether a public body of such importance as the JSC, which decides on the appointment of judges, can decide what information to disclose when anyone takes their decisions on review,” the HSF’s legal counsellor Anton van Dalsen told Daily Maverick on Thursday.

Van Dalsen says the issue is now not specifically about the non-appointment of Gauntlett, but a wider principle of what is required in review proceedings of this nature. The HSF contends that the decision-making powers of the JSC must be subject to legal review, like any other significant public body.

But the JSC disagrees. In papers submitted to the Constitutional Court, it argues that having to make the deliberations a matter of public record cannot help but affect the “rigour and candour” of the deliberations. It adds that such transparency might impair the dignity and privacy of candidates who have been interviewed, which in turn could deter future candidates from applying.

In the Constitutional Court on Thursday, advocate Ismail Jamie also argued on behalf of the JSC that the summary of reasons given for appointment and non-appointment of judges was sufficient, and included everything of relevance.

The HSF, represented by advocate David Unterhalter, counter-argues that it should not be left to the discretion of the JSC to decide what is relevant for the public to know.

“Access to the full record of proceedings is fundamental to the proper ventilation of a judicial review,” the HSF contends.

Both sides had their say in the Constitutional Court on Thursday, with judgment reserved. Van Dalsen told Daily Maverick that the foundation was satisfied with the day in court.

“It’s always difficult to pre-empt the judgment, but from our perspective the court had a clear understanding of the issues and the right questions were asked,” Van Dalsen said.

Even among lobbyists for greater transparency around the JSC selection process, however, there are mixed views about whether making the JSC’s deliberations a matter of public record would be desirable.

“It is not necessary, nor would it serve the interests of open justice,” Tilley told Daily Maverick. “There is value in allowing the JSC to deliberate in a candid and open way amongst themselves.”

Tilly thinks there is merit in the JSC’s counter-argument that making the record of deliberations public could deter future applicants out of fear that they will suffer embarrassment.

“Potential candidates are already unhappy with the way they are questioned at the JSC, with the uneven length of interviews, wide latitude given to politicians asking political questions, and the lack of consistent questioning on judicial philosophy,” Tilley says.

Van Dalsen clarifies, however, that the HSF is happy for certain confidential details about candidates to be excluded from the record if their exposure could cause harm or embarrassment. He suggests details about personal medical records could fall into this category.

For Tilley, there are more pressing concerns around the non-transparency of judicial appointments at present.

She says it is a further concern that there is no vetting process in terms of checking applicants’ qualifications or experience. If candidates have previously served as judges or magistrates, no full record of their judgments is made available to the JSC sub-committee, either.