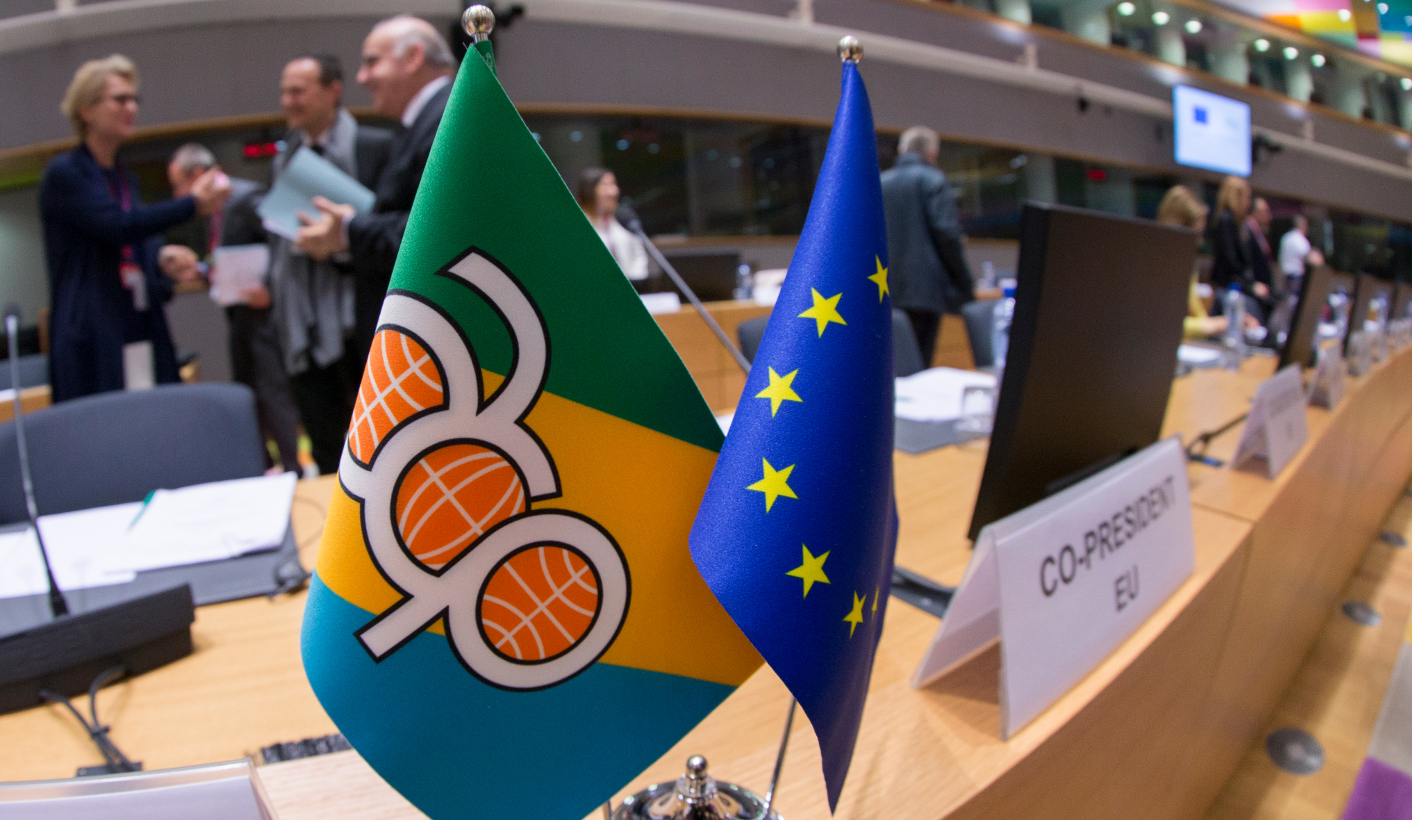 Cotonou still has a role, but as a partnership without development conditionalities or colonial culpability. By Peter Fabricius for ISS TODAY.

The Lomé Convention of 1975 that created the ACP concept – the African, Caribbean and Pacific Group of States – was essentially a bridge built by the European Union (EU) for the former colonies of its member states to carry them over uncertain waters into their post-colonial future.

Apart from a lot of development aid, Lomé gave them duty-free and quota-free access for most of their exports into the EU, in the hope of engendering viable industries and so integrating the countries into the global economy. But when Lomé expired in 2000, little of that had been achieved.

The Cotonou Partnership Agreement (CPA) succeeded Lomé, replacing its non-reciprocal trade access with gradually phased-in reciprocal free trade deals – Economic Partnership Agreements (EPAs) – between the EU and regional groupings of ACP countries, to be concluded by 2007. Among other changes, Cotonou – attributing many of the failures of ACP countries to bad governance – introduced a formal political dialogue. This included sanctions for ACP states that violated agreed values of democracy, human rights and the rule of law.

Cotonou is due to expire in 2020 and the EU has just evaluated its achievements and begun charting the third, post-Cotonou, phase of its broad relationship with the 79 ACP countries.

The EU assessment presents a mixed picture, with Brussels, perhaps not surprisingly, giving itself a higher mark than its ACP partners for implementing Cotonou. It notes significant progress on poverty eradication and human development and on integrating the ACP countries into the global economy. Evidence of this, it says, includes the relative increase in trade flows to and from the ACP countries, and the “finally” increasing number of EPAs concluded. The growing number of ACP countries that are members of the World Trade Organisation (WTO) and the group’s increasing role in international trade negotiations are also proof, it says.

Though no EPAs made the initial 2007 deadline, seven are operating or have recently been concluded, including five in Africa. Of the 79 ACP countries, 49 are now in an EPA.

In terms of trade flows, ACP integration into global markets has been greater than intra-regional integration for most ACP regions and for the group as a whole, the EU says. For Sub-Saharan Africa, however, the share of intra-regional trade has increased from 16% of total trade in 2000 to 24% in 2014.

Overall ACP-EU trade more than doubled under Cotonou, to 5% of total EU exports and 5.4% of EU imports, up respectively from 1.5% and 1.8% in 2000. However the EU also says the CPA “has not achieved the expected results in increasing diversification and reducing commodity-dependency”, though it adds that the EPAs might eventually do that.

On another critical goal, the EU believes it has “contributed significantly, through the implementation of the CPA, to the eradication of poverty, and the improvement of food security and social protection for the most vulnerable communities in ACP countries”.

Evidence of this, it says, is that the share of people in ACP countries living in extreme poverty (defined as $1.25 a day or less) decreased from 56% to 46% between 1990 and 2011. But the EU also says that while relative poverty has dropped, absolute poverty has significantly increased, from 277-million people in 1990 to 390-million in 2002 and to almost 404-million in 2011, due to population growth – mainly in Sub-Saharan Africa.

The EU also grumbles that the ACP countries have not done well enough in upholding the agreed values of good governance, democracy, human rights and the rule of law (though it says its sanctions have helped ), nor on increasing cooperation with the EU in international forums or curbing illegal migration to Europe, among other complaints.

So in general, although the EU does not put it in such bald terms, the ACP countries as a whole are not yet, after 42 years, quite ready to cut the umbilical cord. Thus the EU Commission, after considering the option of simply terminating the special relationship with the ACP, has decided (provisionally) that it should continue.

The EU could have considered continuing the relationship unchanged. But as former WTO director-general and former EU trade commissioner Pascal Lamy told ISS Today earlier this month, that option was rejected because the world had ‘totally changed’ since Cotonou was agreed in 2000.

Lamy is one of “two old monkeys” (his words) whom the EU Commission has appointed as special envoys to consult with all the ACP countries about the proposed successor to Cotonou – and to remind them that 2020 is not long off. The other old monkey is Louis Michel, former Belgian foreign minister and former EU development commissioner.

The main changes since 2000 have been the rise in prominence of the problems of migration and terrorism, replacing HIV and economic integration as the top issues for Africa – as for the EU, Lamy said. “For an average European, an average African is a potential average migrant. That is the political reality, whether we like it or not. So the issue is jobs for young people in Africa, basically.”

Other important goals of both the EU-Africa and the EU-ACP “software” – like good governance, security, health, education, trade and regional integration – would have to be reprioritised to increase jobs.

Meanwhile the interests of the Caribbean and the Pacific island states have diverged from Africa’s, with the former two now more preoccupied with climate change, leading to rising oceans, and other maritime problems such as overfishing.

The institutional arrangements have also changed a lot, with regional and continental bodies among the ACP, most notably the African Union, becoming major players in the world. New global partners like China have also emerged.

“So it would be a good idea to have a new refit partnership in order to adjust to new challenges and changes,” Lamy said. “With a more African focus for Africa, more Caribbean focus for the Caribbean and more Pacific focus for the Pacific, because … the three animals are totally different.”

Because of these differences, the EU Commission had considered dropping its relationship with the ACP grouping altogether and instead devoting itself to its separate relationships with the A, C and P, including non-ACP countries in each region. In Africa, for example, that would embrace the North African states as well as South Africa, Lamy said, which was now half in and half out of the ACP.

But Lamy said that some – not least the ACP Secretariat in Brussels – had vested interests in the continuation of the ACP grouping as such. The EU evaluation also concluded that some EU-ACP interests, including the pursuit of its basic values such as democracy, human rights and the rule of law, could best be pursued with the ACP as a whole. However other interests could best be advanced with the A, C and P separately or with the individual nations.

So the EU Commission’s proposed structure is to retain the ACP as an umbrella, but to pursue operational relationships separately with the three regions – including non-ACP countries.

The overall feeling, from initial consultations with ACP countries, was that the partnership still made sense, provided it was ‘rebalanced as a real partnership and not as a dress for old development conditionalities or colonial culpability’, Lamy said. Clearly not just an old monkey, but a wise one.

Such a rebalancing of attitudes would help shift the ACP countries a significant distance across that post-colonial bridge. Maybe if it’s done right, they will even get to the other side at the end of the post-Cotonou agreement, whatever it is to be called. DM

Photo: A general view at the start of a council meeting between EU and ACP (African, Caribbean, and Pacific Group of States) in Brussels, Belgium, 05 May 2017. The ACP-EU Council of ministers will discuss the implementation of the ACP-EU partnership agreement, as well as the future of the relations between ACP countries and the EU. Photo: EPA/OLIVIER HOSLET