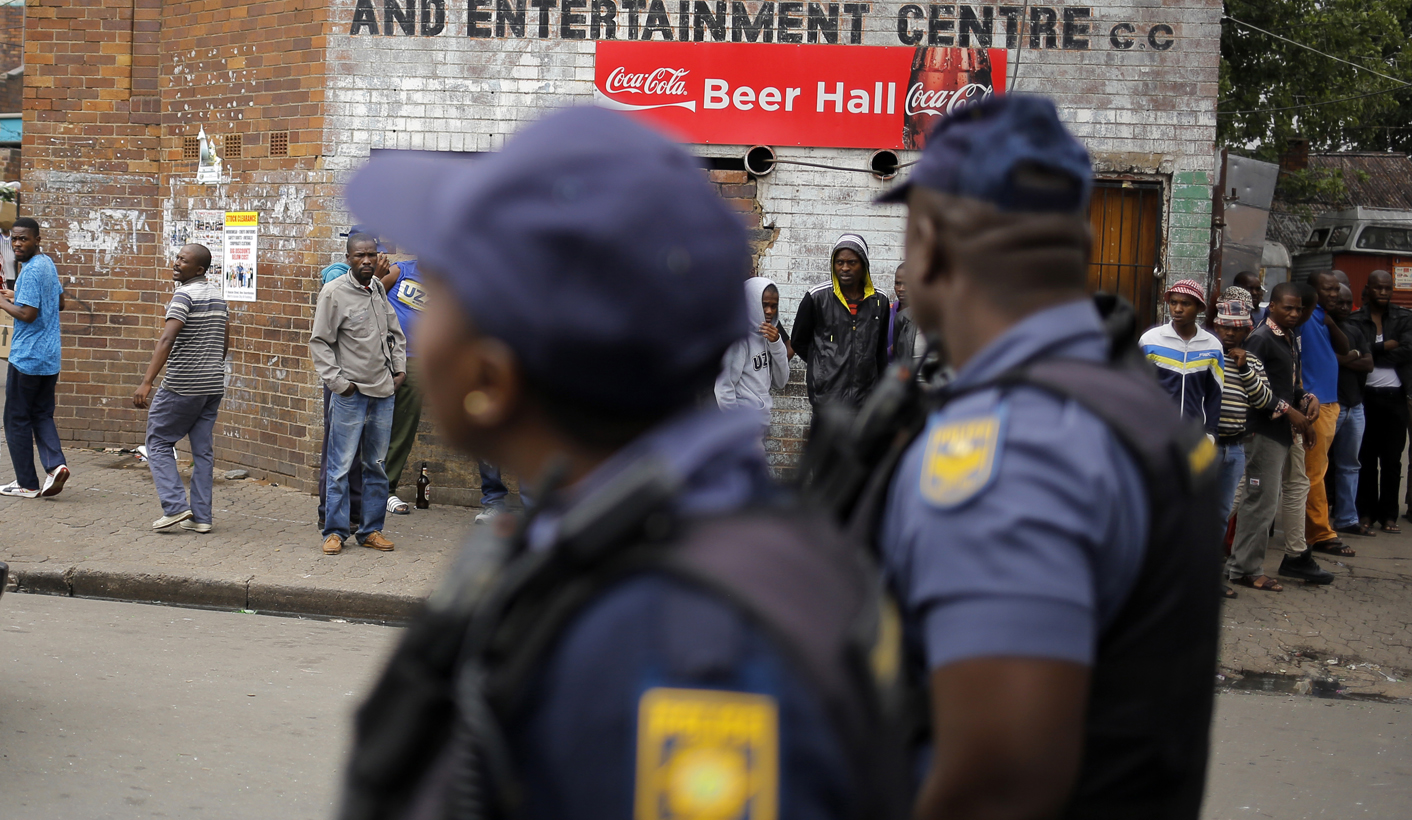 When the SAPS implements clear strategies based on research, it has considerable success. By Gareth Newham for ISS TODAY.

The South African Police Service (SAPS) has the capability in the form of experienced police officers, technology and other logistical resources to effectively tackle violent and organised crime.

This may seem a contentious statement to make when one considers that the murder rate has increased by 13% over the past four years and the number of armed robberies reported to the police has risen by 31.5%. (This during a period when the SAPS annual budget increased by 50% to R87-billion.) Much of this decline has to do with poor political appointments and interference in the SAPS arguably due to corruption linked to President Jacob Zuma.

However when experienced operational commanders are allowed to develop and implement clear operational strategies and tactics based on evidence of what works, the SAPS proves to be very effective.

Between 2009 and 2011, the SAPS’s Gauteng Aggravated Robbery Strategy reduced home invasions by 20%, business robberies by 19% and hijackings by 32%. An evidence-based strategy had been developed from research on how robberies were successfully tackled in policing contexts as diverse as New York City in the US, and Bogota in Colombia.

The strategy was subjected to empirical assessment that tracked its implementation and impact. Guided by focused intelligence, the SAPS was able to increase the detection and arrest rates of those committing robberies. Detective task teams were dedicated to gathering evidence to ensure that more robbery cases were accepted by the National Prosecuting Authority (NPA). The number of convictions in these crimes increased, and the number of robberies fell.

In the Eastern Cape, the SAPS recently again showed that working to clear evidence-based tactics can lead to success. For example, the Operational Command Centre concept under SAPS Deputy National Commissioner Lieutenant-General Gary Kruser has demonstrated significant successes against gang-related crime in the notorious Gelvandale precinct in Port Elizabeth.

Out of 456 people who have been denied bail while facing prosecution, 46 convictions have been obtained with sentences that include eight life sentences and a total of 673 years in prison. Most crimes in the area have declined substantially as a result.

Developing policing strategies and tactics that are based on research and evidence is not a recent idea. In Washington DC in the US in 1970, the independent non-profit Police Foundation, dedicated to advancing policing through innovation and science, was established. Professor Lawrence W Sherman, Police Foundation director from 1974 to 1985, was one of the first academics to promote the concept of evidence-based policing.

Sherman, now director of the Institute of Criminology at the University of Cambridge in the UK, argues that “in contrast to basing decisions on theory, assumptions, tradition, or convention, an evidence-based approach continuously tests hypotheses with empirical research findings”.

In line with this thinking, last year the SAPS established its first-ever National Research Division with the core objective of using research to improve policing in South Africa. Following a thorough internal consultation process, the division finalised a comprehensive research agenda until 2020.

However, it is often incorrectly assumed that once conclusive research findings are available as to what may or may not work in policing, they will seamlessly be incorporated into operations. Experience has shown that various factors can limit the integration of research into police priorities and practice. These include police organisational pressures (e.g. the need to respond to challenges quickly, shifting operational demands, a culture that values experience over innovation), the characteristics of research (e.g. its costs and often lengthy duration), and the incompatibility between the police and external research organisations (eg their different time frames, training, and forms of communication).

Fortunately the SAPS can use substantial local and international resources and experience to support their move towards evidence-based policing. There is already a substantial amount of independent research in South Africa undertaken by a number of academic and research institutions that have dedicated policing components. The result is a considerable body of work, with almost 500 academic articles being published on policing in South Africa between 2000 and 2012 alone.

There is also much to be gained from developing international partnerships and networks such as that between the Institute for Security Studies (ISS) and the University of Exeter in the UK. As a small contribution towards helping the newly established SAPS Research Division in contextualising its work globally and broadening its international networks, the ISS and Exeter hosted a two-day workshop titled Enhancing Evidence-Based Policing in March this year.

The workshop brought together Devon and Cornwall Police officers from the UK, a representative of the College of Policing for England and Wales, University of Exeter academics, and the head of the SAPS Research Division Lieutenant-General (Dr) Bongiwe Zulu and seven of her senior colleagues.

Besides sharing lessons and experience from both countries, the SAPS was urged to support the establishment of a local Society for Evidence-Based Policing (SEBP). Such societies already exist in the UK, US, Canada, Australia and New Zealand. Regular international conferences hosted by the SEBPs showcase the best of policing experiences and research from around the world.

A South African SEBP would be the first on the continent and could play a valuable role in driving evidence-based policing models suited to the African context.

Let’s hope that the next SAPS national commissioner has the wisdom and foresight to realise that there is much support for any renewed attempts to further reform the SAPS into a trusted professional policing organisation. This is more likely to happen if the President fills this post after a merit-based, transparent recruitment process as recommended in the National Development Plan, rather than repeating the mistake of appointing someone following shadowy meetings behind closed doors. DM

Gareth Newham is Head of Justice and Violence Prevention, Pretoria

Photo: Adopting tactics that are based on research can help turn SAPS into a trusted policing profession, according to the writer. In this file photo dated February this year, SAPS members patrol the area around the Jeppe St men’s hostel in Gauteng following incidents of xenophobia. Photo: Kim Ludbrook/(EPA)