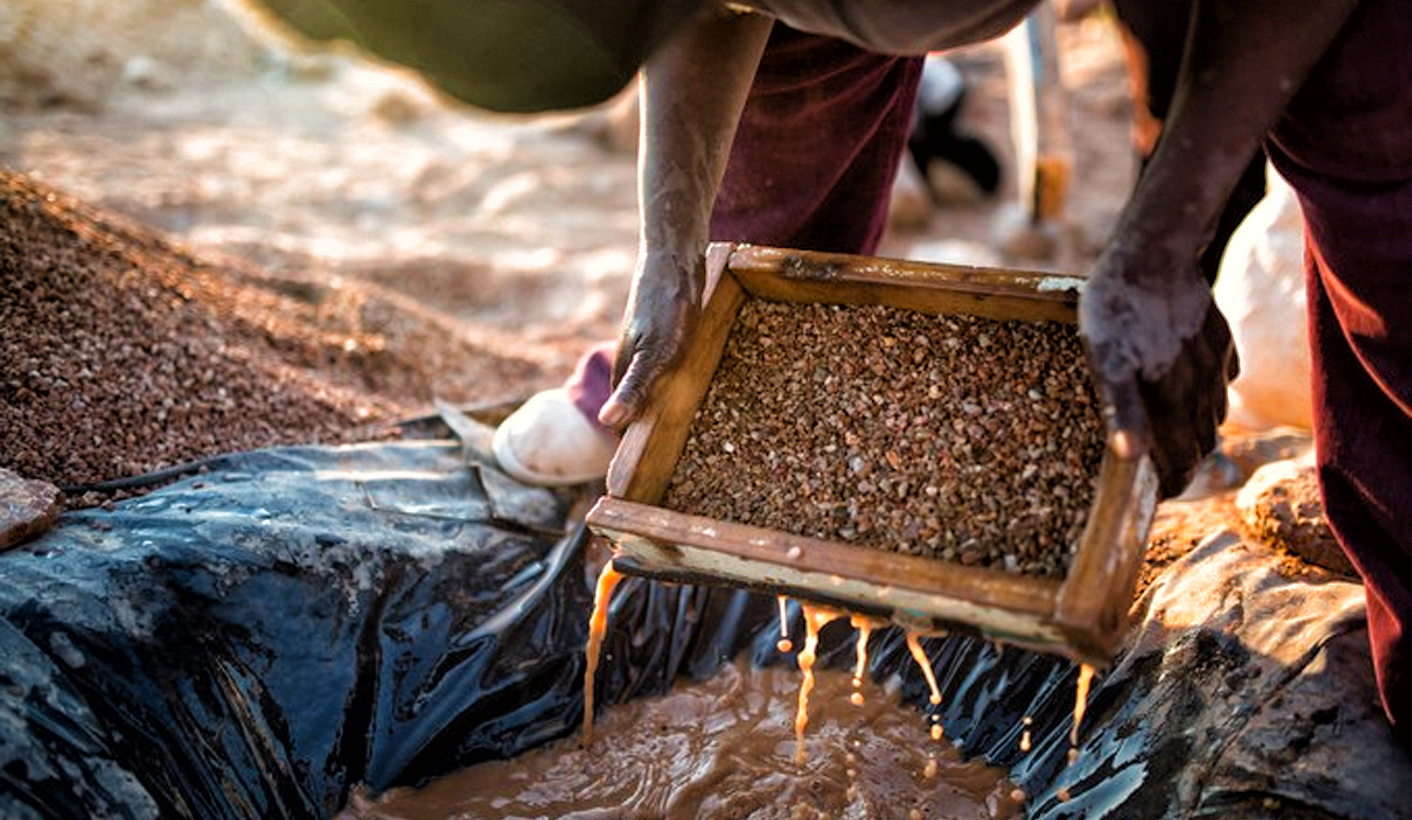 Zama zamas are at the bottom of an extensive, frequently well-organised, illicit network extracting the last grams of previous metals or diamond bits from disused mine shafts. That business costs the state R20-billion annually by the estimation of mining houses, or R6-billion if you ask the Hawks. While the personal stories of why a person would risk dying underground may not necessarily be a concern for parliamentarians, government action is. But Friday’s meeting on illicit mining by Parliament’s mineral resources and police committees was like going down a coal mine without a canary. By MARIANNE MERTEN.

When parliamentary committees work, they really do work. Officialdom’s waffle is cut through and exposed for exactly that – meaningless words and statistics twisted to tell a not necessarily existing good story – as critical issues of governance or lack thereof is exposed and, more often than not solutions offered, even if officials and their ministers subsequently might not heed such.

The Standing Committee on Public Accounts (Scopa), the watchdog on public spending, is one such committee. Finance is another, as is the trade and industry committee, which also is understood to be the first to draft a committee Bill to ensure relief for over-indebted poor South Africans. The police committee, many of whose ANC MPs have institutional memory after serving there for years, consistently works hard to cut through the command-and-control and smoke-and-mirrors obsessions of the SAPS. And the public enterprises committee has steadfastly pushed in its constitutional oversight mandate to inquire into State Capture claims, particularly at Eskom, regardless of a lack of resources and time pressure. There are other committees.

But Friday’s mineral resources committee-led joint meeting with the police committee was not an example of work getting done.

Officials from the Department of Mineral Resources (DMR) and the Hawks, officially the Directorate of Priority Crimes Investigation (DPCI), were allowed to get away with not answering key questions, and invoking “legacy issues”. Mineral resources committee chair Zet Luzipho, who chaired the meeting, stepped in to allow officials not to answer a politically prickly question from EFF MP Phillip Mhlongo who asked why it was allowed for South Africa’s resources to be exploited without repercussions. Neither were officials called to order when instead of providing concrete answers they enthused about policing 101 basics to spin law enforcement in illicit mining or smothered what is done to ensure old, defunct and ownerless mine shafts are beyond the reach of illegal miners in verbal fluff.

The Mineral Resources Department has no policy on illegal miners, or how to legalise illegal miners into a regulated, safe artisanal sector out of the reach of syndicates. And while officials told MP they are interacting with small-scale miners, it remains unclear on what basis this is done as there is, again, no policy nor are small-scale miners recognised as a category of interested parties/beneficiaries under the department’s guiding law, the 2002 Mineral and Petroleum Resources Development Act. Officials as much acknowledged this, invoking a strategy. It later it emerged that strategy itself is not quite finalised yet, and was still subject to consultations.

And while this may seem like splitting hairs, it is a crucial indicator of how governance is conducted by government.

Laws are binding on everyone. Policy is an officially agreed to course of action, approved by Cabinet. There, more often than not, is a connection between policy and law: a law is usually rooted in a white paper – effectively government’s proposals and information on a specific matter often including the outcome of public consultations – that precedes the legislative process culminating in Parliament adopting a Bill that is then sent to the president for signing into effect. A strategy, well, is just a management tool to achieve a certain outcome. Strategies are drafted by officials and may change, even at a whim, like a change of political leadership in the portfolio.

ANC MP Hendrik Schmidt asked the question about the policy underlying the departmental actions. “We do have a clear strategy, but we are going to define what is small scale mining,” was the response by Mineral Resources Director-General Thabo Mokoena, who then moved to praise the co-operation between his department and the Hawks.

DA MP James Lorimer asked how it was possible that in an illicit economy that costs the state an estimated R20-billion a year, only R64-million worth of illegal mining equipment was recovered in the 2016/17 financial year, or effectively just 1%. Hawks Section Head: Organised Crime Brigadier Ebrahim Kadwa responded there were various loss estimates, including one from March 2017 of R6-billion. What remained unclear is how the Hawks derive at their own figure as its presentation document to MPs put the losses in the 2016/17 financial alone at over R11.4-billion: R5,965,943 losses for gold mines and R5,451,968 for platinum mines.

“What is important for us as law enforcement is to disrupt, dismantle, neutralise. We are the trendsetters internationally,” said Kadwa.

That wasn’t quite what the Hawks presentation document to MPs said on its third last page: “(The) Following constraints will, however, continue to hinder the impact of all the efforts:

Yet there’s an extensive, so-called “governance structure”, according to the Hawks documentation, centred on the National Co-ordination and Strategic Management Team (NCSMT). It was established on June 24, 2010 and has a direct line to the justice, crime prevention and security ministerial cluster and into Cabinet.

Feeding into the NCSMT are national and provincial operational committees, pretty much representing the same departments and entities, although at provincial level mine security is also included.

No questions were asked at Friday’s committee meeting about this so-called “governance structure”. Nor were questions asked why, while the Hawks acknowledged that “owing to high unemployment rates… this illicit activity appeals to most unemployed people”, illicit mining is situated as a threat to national security impacting not only South Africa’s image, but also territorial integrity – the document lists illegal immigration and “monopoly by Zimbabwean and Basotho gangs” – and the authority of the state.

After just over three hours of talk in the committee meeting, a decision was taken to postpone for another meeting on another day with other role players. DM