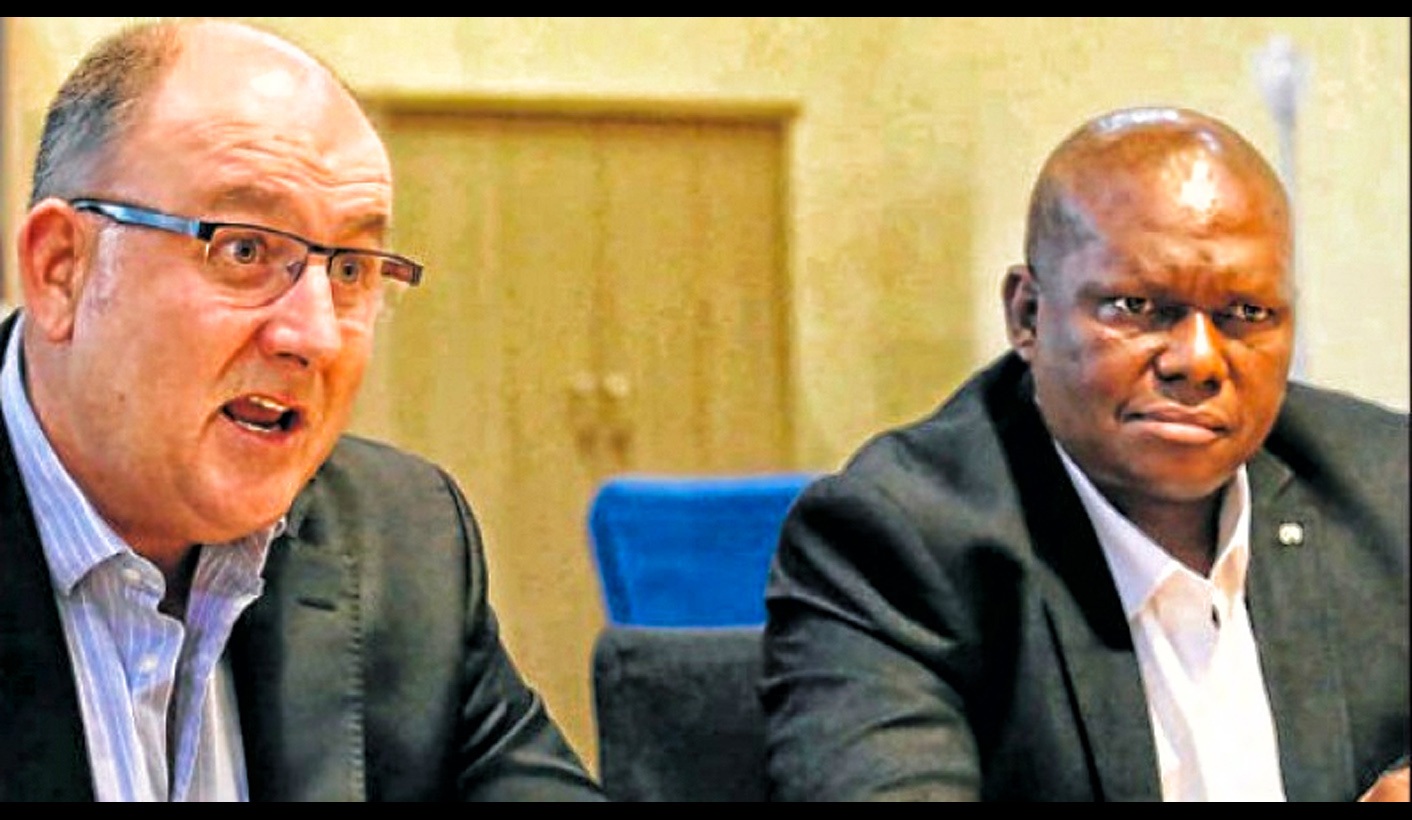 The UDM’s Nelson Mandela Bay deputy mayor has been removed by the DA, which doesn’t bode well for coalition politics. Forming coalitions to displace the ANC after the 2016 municipal elections were a huge win for opposition parties. But, as the DA removed Nelson Mandela Bay deputy mayor Mongameli Bobani on Thursday, the tricky nature of coalitions came into focus. By GREG NICOLSON.

The Bobani matter highlights the challenges with coalition governments. In his letter, Holomisa said the Democratic Alliance – the leader in coalitions in Nelson Mandela Bay, Tshwane and Johannesburg – had “acted like big brother”. At the national level, opposition parties paint coalition governments as an example for future leadership after the ANC’s rule, but they’re fraught with opposing ideologies and division.

Bobani wouldn’t comment on Thursday and referred all questions to Holomisa. The UDM leader’s letter said an investigation by coalition partners found both Bobani and the DA’s regional leader and Nelson Mandela Bay Mayor Athol Trolllip at fault for the division between the parties, but only Bobani had been held responsible.

“This is a double standard,” said Holomisa. “In the end, the co-governance agreement makes provision for a conflict resolution mechanism and we have followed those prescriptions to the letter. Why is the DA operating like ‘big-brother’ outside these provisions? They are not only attacking the UDM directly, but also actively undermining the collective leadership of the coalition partners.”

Holomisa said the DA has yet to provide evidence Bobani has been involved in corruption and the DA’s public statements amount to defamation against the former deputy mayor and UDM.

“As a result of the DA’s dirty tricks campaign against Bobani and the UDM, today deputy mayor Bobani was irregularly removed from his post. In light of the DA’s stance, we have no option but to inform you that the decision of the UDM’s NEC must be put into immediate effect,” wrote Holomisa to his coalition counterparts. “In other words, if Bobani is not reinstated to his position by the 28th of August, the UDM will pull out.”

The Congress of the People (COPE) and the African Christian Democratic Party (ACDP), the DA and UDM’s coalition partners in the city, supported voting Bobani out. “COPE feels strongly that the decision is in the best interests of the people of Nelson Mandela Bay and the country. A coalition partner who has consistently voted with the ANC and who continued to violate the co-governance agreement had to go,” said COPE councillor Siyasanga Sijadu.

The Economic Freedom Fighters (EFF) and other opposition parties reportedly walked out during the vote against Bobani.

In a statement, the DA’s federal council chair James Selfe said, “Mr Bobani has been a destructive element in the coalition, and his actions have served to undermine service delivery, most especially to the poorest and most vulnerable communities. He has voted with the ANC on a number of occasions, conduct which is simply unacceptable and not in line with our coalition agreement.”

Bobani is said to have voted against the coalition government he’s a part of and with the ANC at least five times. He’s also been accused of defending irregular expenditure, corruption and fraud.

Selfe on Thursday added that the DA was worried about the coalition in Nelson Mandela Bay but it could not continue with Bobani as deputy mayor. “It was an absolutely untenable situation,” he said. The DA’s motion against Bobani was supported by the Patriotic Alliance and Selfe suggested the UDM doesn’t play a significant role in whether the party maintains its Johannesburg and Tshwane coalitions. The UDM plays a minor role in the Johannesburg council and none in Pretoria.

The DA and other opposition parties are punting coalitions for the 2019 elections, but what’s happened in Nelson Mandela Bay might dissuade voters from supporting a group of minority parties against the ANC.

Professor Susan Booysen on Thursday said what happened in Nelson Mandela Bay reflects the volatility of coalitions, bound together only by their opposition to the ANC and corruption. She said the parties were trying to surf the anti-ANC wave but there was little that bound them together, leading to problems when coalition governments were elected.

If coalition governments are to become the norm, maybe we can expect them to be regularly divided. “Maybe that is the new politics,” said Booysen. DM