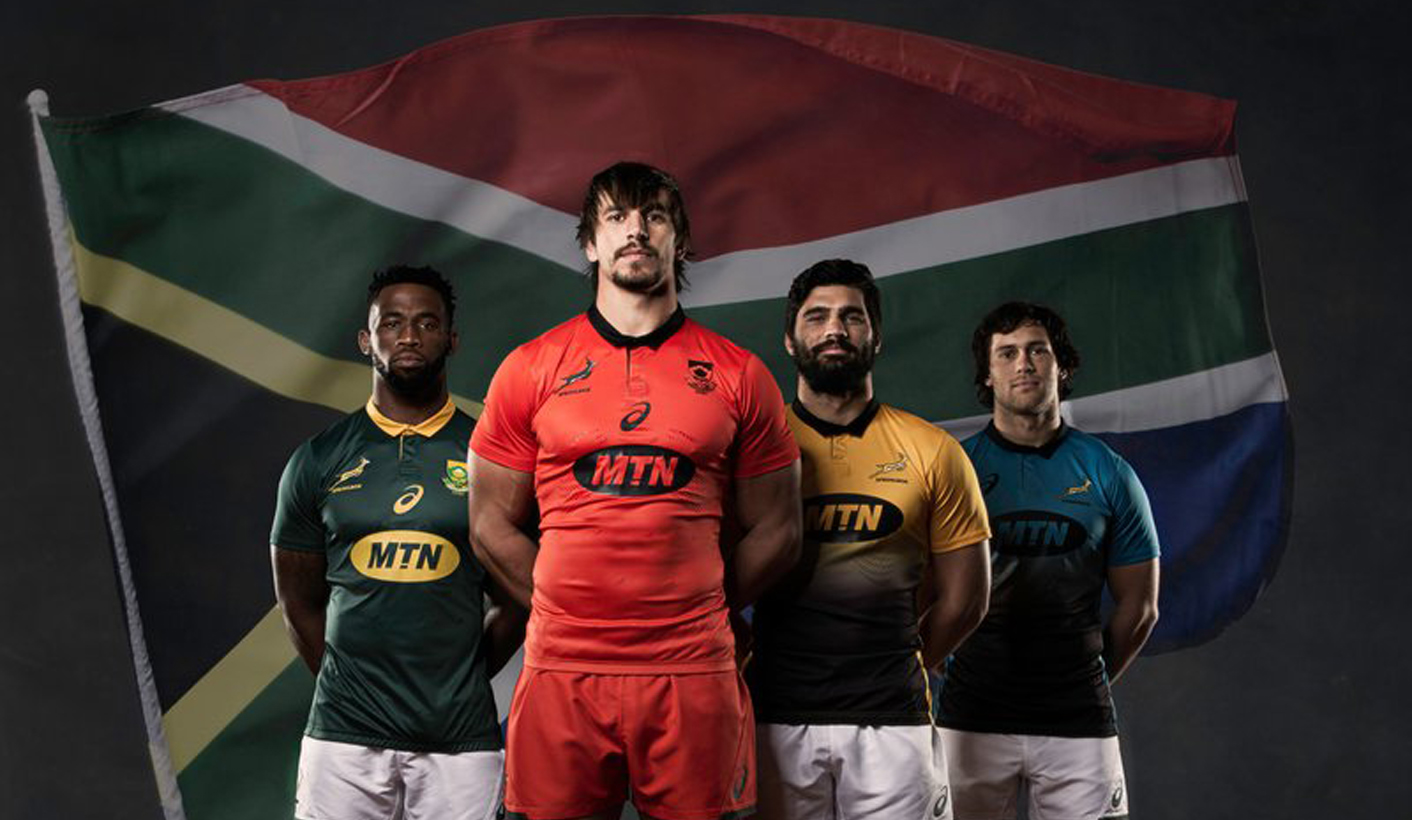 Since the gimmicky red jersey was first announced, the outrage-ometer has skyrocketed. Column inches and Tweet characters have been dedicated to the ridiculousness of it. You’d swear that the – apparently once off – jersey colour change was the biggest issue facing rugby in South Africa. By ANTOINETTE MULLER.

This weekend, the Springboks will turn out against Argentina in different coloured jersey to their usual green and gold. It’s a once-off thing, apparently to “celebrate unity”.  Esteemed City Press scribe Simnikiwe Xabanisa asked what exact unity we’re celebrating in last weekend’s paper.

A cursory glance at the comments section (we writers do that when we want to self-harm) is enough to make you want to roll your eyes so hard you knock yourself out. We won’t paraphrase those here, but you can just imagine how many snowflakes melted. Yes, there was one person asking about Bafana Bafana and another calling him “fake news”.

With all due apologies to Xabanisa for repeating the question in a slightly different way: is a red jersey really the biggest problem we have in rugby right now?

Of course it’s everyone’s prerogative to outrage over all matters equally – something, your freedom of speech, something, something! But let’s get a little Freudian over the outrage a change in colour of a jersey, for a once off match, has elicited.

First, let’s not pretend the Springboks are the first team to perform this tacky marketing gimmick. A bunch of rugby teams have done this before. Yes, Mr. Jake White, even the All Blacks did it. Almost all professional sports teams do this at some point. Yes, it’s commercial trickery. Yes, it’s irksome. And. And. And.

Nobody is saying don’t get upset about gimmicks, but goodness, imagine if as many prominent voices spoke out as loudly about everything else that is wrong with rugby in this country?

Perhaps then, there would be a South African woman’s team at the current Rugby World Cup. Maybe we administrators wouldn’t let competitions bereft of relevance carry on. Or risk allowing the Kings – a poster team for transformation efforts – sink into obscurity. If those very loud voices interrogated the merit of the Super Rugby format, maybe we’d reach a stage where we realise that it’s maybe not the best idea.

Imagine if there was a collective effort to ensure that rugby is broadcast not just to those who can afford pay TV subscriptions.

Or if only we were getting pissed off about the fact that one man – Labeeb Levy – is trying on his own, with limited resources, to offer the youngsters of the Cape Flats a chance to play touch rugby. And that his players often simply can’t get out of their house to go to training because “it’s raining bullets outside”.

Maybe with a bit of collective outrage, young players like the 16-year old Zingaphi from Border, would know that there is a pathway to excellence available to her, even when she had lost her mother while away on tour and now has to live alone in a shack.

Or we could examine our “traditions” that still select players from the status quo of schools. So much so that we have separatist school competitions where “non-elite” schools play against each other and the team that makes the final of that competition – while representing the Western Cape – is facing a funding crisis.

That same school that has routinely beaten the “B-sides” of the so-called “elite schools” because those in charge of arranging fixtures do not want them to play the A-sides – for whatever reason. That school – the Western Cape Sport School – has all the foundations to produce excellent players of colour – but is treated like a burden by the very union that desperately needs it.

Heck, maybe if we made a bit of noise, there would actually be a functional “hub system” in places like Khayelithsa – instead of the currently haphazardly strung together system that serves as nothing more than a token gesture for ticking boxes.

And maybe, if we step back to interrogate our bias a bit, columnists on prominent news sites writing the words: “Would it really be so terribly tragic if it turned out that white guys are just better than black guys at rugby?”

We certainly wouldn’t have comments like “next we’ll make an exception for a guy with a ponytail to play for the Boks” slip through the cracks.

Because, dear Jake, what exactly is wrong with a ponytail? Sebastien Chabal seemed to have coped just fine with that particular affliction.

So, by all means, be annoyed with a gross marketing gimmick, just remember to interrogate your compass on the way. DM

Photo: The Sprinboks will turn out against Argentina in a different coloured jersey this weekend for a once-off gesture, apparently to “celebrate unity”.   Photo: SA Rugby