MugabeGate: The people vs Mugabe and the government of South Africa 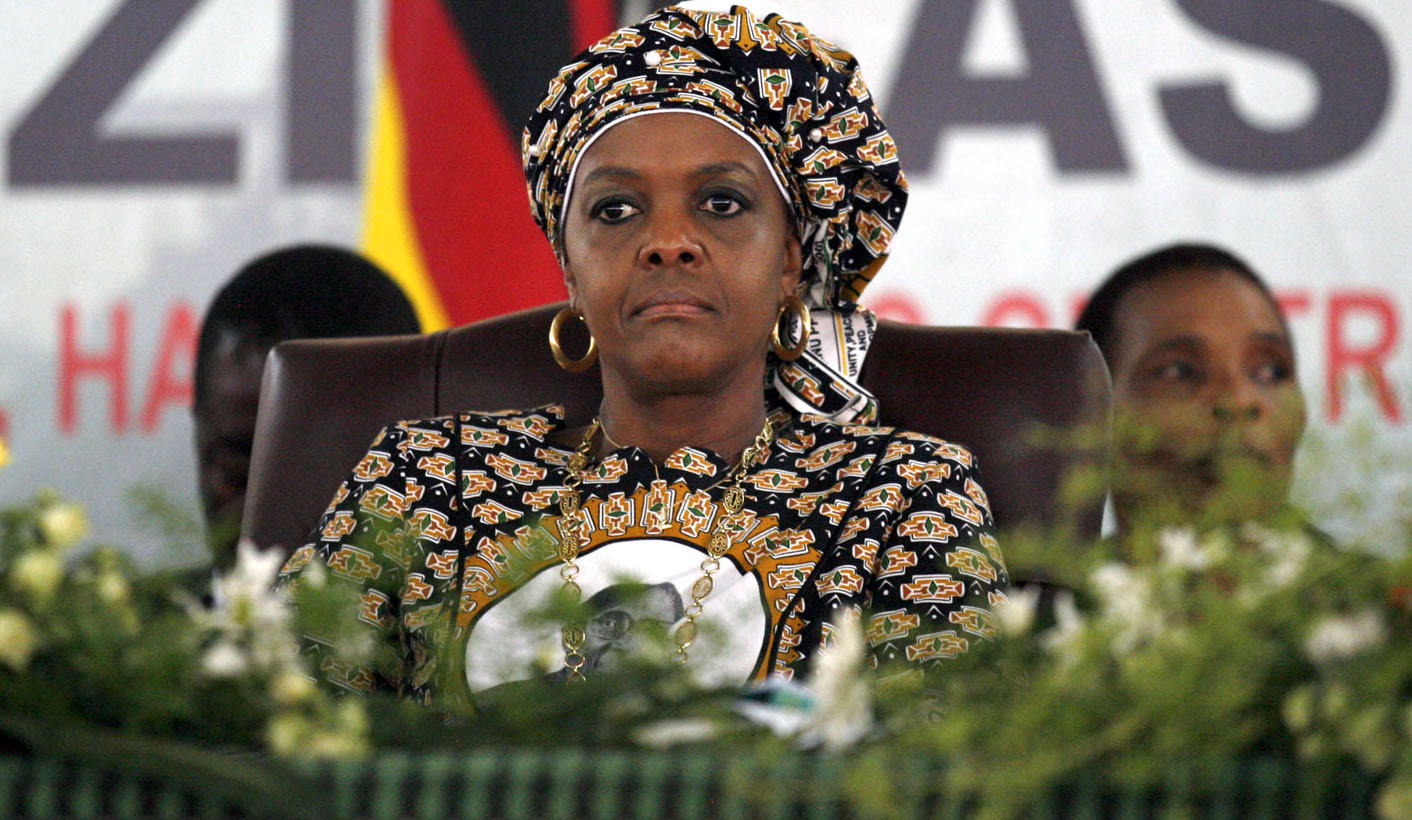 Gabriella Engels and Afriforum have filed a review application in the Pretoria High court against South Africa's Minister of International Relations and Co-operation Maite Nkoana-Mashabane and Zimbabwean first lady Grace Mugabe. The application seeks to set aside Nkoana-Mashabane's decision to grant diplomatic immunity to Mugabe after she allegedly went on the rampage and assaulted Engels in a Sandton hotel and later slipped out of the country to escape criminal charges. By MARIANNE THAMM.

Spare a thought for the attorney and/or legal practitioner who will shortly be dispatched to serve a summons to the Office of the President of the Republic Of Zimbabwe at the corner of Samora Machel and Sam Nujoma Avenues in Harare.

In papers filed at the Pretoria High Court on Wednesday Engels and her attorneys (Hurter Spies) revealed that the High Commissioner of Zimbabwe in South Africa had “refused to accept the service of any court process and consequently that these proceedings will have to be served in Zimbabwe.”

“I am advised that personal service on the second respondent [Grace Mugabe] is unlikely in Zimbabwe, but the application will come to her knowledge if properly served upon the Office of the President of Zimbabwe in Harare. The second respondent [Grace Mugabe] left South Africa, according to press reports in the early hours of 20 August 2017. It is submitted that since the second respondent is the First Lady of Zimbabwe, service on the Office of the President will be effective to bring these proceedings to her attention,” says Engels and her attorney, Afriforum legal representative, Willie Spies.

Zimbabwe’s First Lady Grace Mugabe has been cited as the second respondent (Nkoana-Mashabane is the first) as her “interest in these proceedings is the setting aside of her diplomatic immunity. If set aside, the second respondent faces criminal prosecution and civil action in South Africa for assault, as such she has a substantial interest in the subject matter of this litigation.”

The law provides for the South African court to order an attorney in Zimbabwe to serve the summons on Mugabe. If Mugabe should wish to oppose the application for relief, she has 30 days “from service of this order” to do so.

Engels, a model, and Afriforum have requested the court to set aside the decision of Nkoana-Mashabane taken on 19 August recognising the immunities and privileges of Mugabe as First Lady of the Republic of Zimbabwe.

A Minister’s Minute, signed by Nkoane-Mashabane on 20 August and published in the Government Gazette, read: “In accordance with the powers vested in me by section 7 (2) of the Diplomatic Immunities and Privileges Act of 2001 (Act No 37 of 2001) and acting in the interest of the Republic of South Africa, I hereby recognise the immunities and privileges of the First Lady of the Republic of Zimbabwe, Dr Grace Mugabe.”

Engels argues that the decision that Nkoana-Mashabane said had been made in the exercise of her powers in terms of Sec 7 (2) of the Diplomatic Immunities and Privileges Act did not confer immunity from prosecution on Mugabe.

Nkoana-Mashabane has 15 days to provide a record of the proceedings that gave rise to her decision as well as “reasons as she is by law required or desires to give or make, and notify applicants that she had done so”. She also has 15 days to oppose the notice of motion and 30 days to file any further affidavits.

In her founding affidavit Engels briefly sets out how the Zimbabwean first Lady “burst into” a hotel room in Sandton on Sunday 13 August while Engels and a friend were visiting acquaintances.

“She used an electric cord with a plug at the end of it and I was, inter alia, hit over the forehead, causing a gash which has serious repercussions for my appearance and my professional career as a model,” said Engels.

Engels argues that the Act excludes the granting of immunity to heads of state who behave in a criminal manner either causing death or injury to South African citizens and that the Minister had incorrectly interpreted Article 7 (2).

“Sec 7 (1) and (2) are empowering provisions for the conferring of immunities and privileges by the Minister. In the absence of the precondition that compliance with sec 7 (1), the Minster does not have the statutory power to confer immunity on the second respondent. The applicants therefore contend that the decision lacks legality and is void and should be declared invalid.”

The application by Engels also argues that Nkoane-Mashabane’s decision reflects that she merely recognised the immunities and privileges of Mugabe.

In other words, the granting of immunity to Grace Mugabe retrospectively and after she was facing criminal charges is legally invalid.

The recognition of immunity is governed by Sec 4 (3) of the Act which reads “The Minister must, by notice in the Gazette, recognise a special envoy or representative for the purposes of subsection (2)”.

Subsection 2 provides that once being recognised as a special envoy or representative, the person enjoys such privileges as “may be conferred on him or her by virtue of Sec 7 (2) (Sec 4 (2) (c) of the Act.”

Engels contends that the granting of immunity lacks rationality.

The application is expected to be argued in the next four to five months. DM

Photo: Court proceedings have begun in a bid to set aside the diplomatic immunity granted to Zimbabwe’s First Lady, Grace Mugabe. In this file photo taken in December 2014, Grace Mugabe follows proceedings of a Zanu PF congress in Harare. Photo Aaron Ufumeli/(EPA)