Op-Ed: Tsvangirai’s MDC has slowly evolved into a version of Zanu-PF 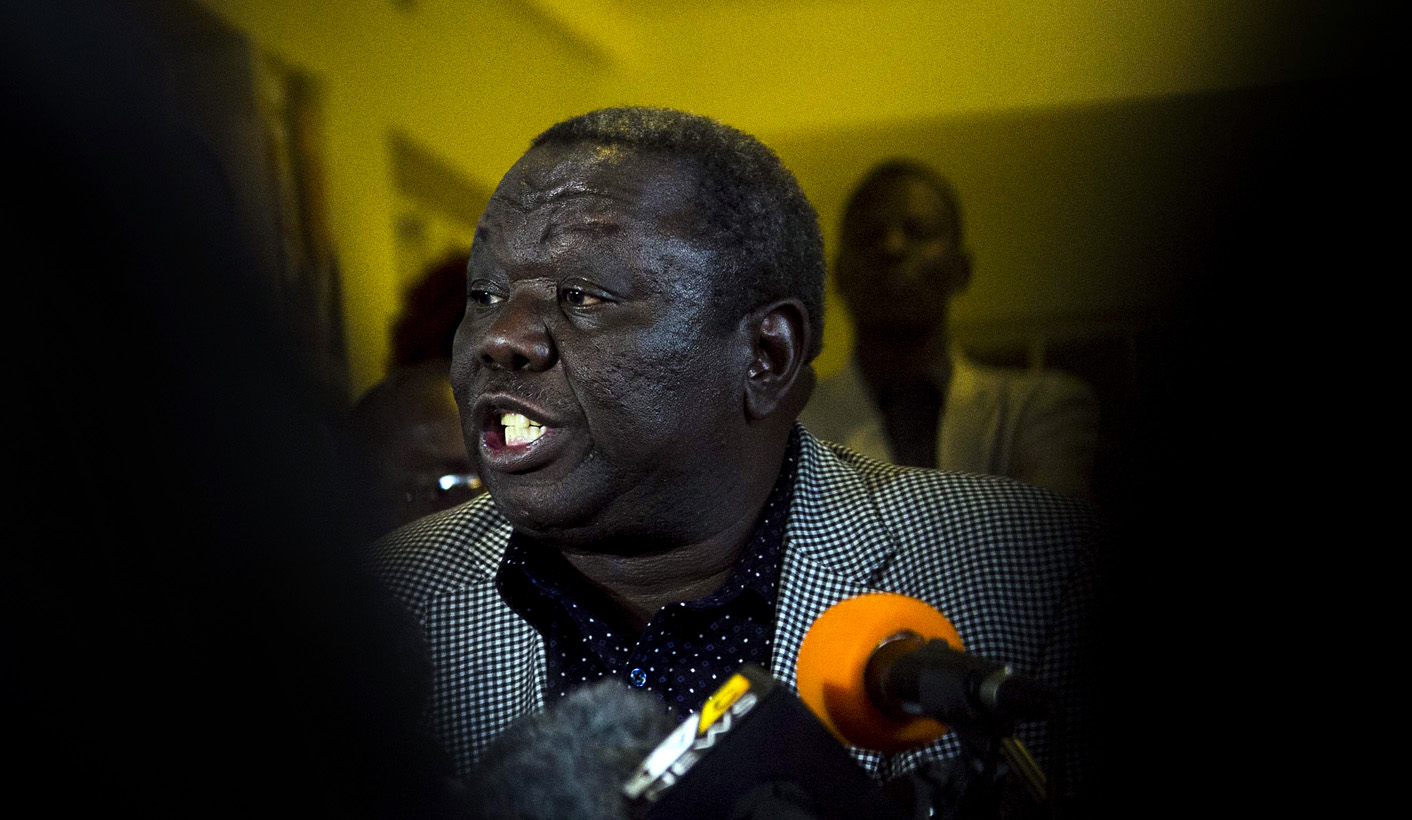 The Movement for Democratic Change (MDC) was historically viewed as a ray of hope for a better future in Zimbabwe. Over the years, however, this faith in the MDC and its leader Morgan Tsvangirai has been diminished by the party and its president’s loss of direction and adoption of the worst attributes of malgovernance and self-centred rule. What promised to be a formidable opposition party has degenerated into a theatre of factionalisation and internal politicking. By LESLIE MUDIMU.

The Movement for Democratic Change’s history of factionalism is revealing, since it was initiated in October 2005 by then Secretary-General Welshman Ncube. In April 2014, Job Sikhala led a group of disgruntled cohorts to create the MDC 99 faction. In the same year, Tendai Biti also led a faction that split from the party. In 2014, Biti was quoted by Reuters as stating that the party had dismissed the president of the Party – Tsvangirai and his deputy, Thokozani Khupe – because the former resisted a leadership change after having lost a third general election to Robert Mugabe. The MDC’s fragmentation has been underpinned by an abandoning of its original founding values and principles.

Of particular concern is the element of violence that has slowly been manifesting within the party, and its relations with any sources of criticism or resistance from its own members. Furthermore, their outright stance against other opposition parties that have entered the arena since July 2017 reveals a political formation that is paranoid. Recently, MDC deputy president Thokozani Khupe was attacked in Matebeleland by some MDC youths on the basis of an accusation that she was part of a group of MDC officials hosting an “unconvened” meeting which aimed to discourage MDC supporters from attending Tsvangirai’s own gathering. According to reports from Bulawayo 24 news, the Shona-speaking youth are linked to the president of the party, Tsvangirai, and they not only attacked Khupe, but also other senior officials in the party including the national organising secretary Abednico Bhebhe and the national chairman Lovemore Moyo.

This was not the first attack of this kind on party members.

In February 2014, Tendai Biti and Elton Mangoma were attacked by youths on a Saturday afternoon after a meeting at the party’s headquarters at Harvest House. In an interview Mangoma had with NewZimbabwe.com, he alleges that the party’s leader Tsvangirai instigated the attack when Mangoma attempted to flee the headquarters through a private entrance that was reserved for Tsvangirai. Subsequently, in a statement released by Luke Tamborinyoka, Tsvangirai distanced himself from the attack stating that he was instrumental in trying to contain the situation and in his view the narrative of this incident had been maliciously changed by false media reports.

For a party that was rooted in trying to overcome the culture of violence that Zanu-PF has normalised in Zimbabwe, the MDC is slowly becoming a version of its nemesis and acquiring the attributes of the same monster that it tried to confront. We cannot of course forget the brutal attack on MDC officials at the hands of 200 allegedly Zanu-PF supporters that occurred in 2004, which is well documented in television and video recordings. Having suffered such a brutal attack that left Tsvangirai, Nelson Chamisa and many other party officials with severe injuries, it is almost surreal that the MDC of today has allowed itself to be engulfed in this practice of violent democratic suppression.

It is self-evident that the MDC has been the main opposition for the last 18 years, and has showcased itself as the alternative to Zanu-PF. However, with the factionalisation and the culture of violence in its internal party politics, the MDC has morphed into a party that is incrementally beginning to resemble Zanu-PF and has left many Zimbabweans between a rock and a hard place. This narrative of a wayward opposition party is now evident on social media, in the lead-up to the presidential elections in 2018.

The way in which the MDC has related with other presidential candidates also running for the presidential elections such as Nkosana Moyo shows that given this former status as the only opposition party alternative to Zanu-PF, the MDC views itself as entitled to the peoples’ vote. Throughout 2017, the MDC has made it clear that they believe that the other opposition parties are working against the agenda of removing Zanu-PF and instead are working towards splitting the opposition vote which could result in Zanu-PF’s presidential candidate winning again in 2018.

What’s ironic and anti-democratic about this is the very blatant dislike for any form of opposition beyond itself. It reeks of the self-entitlement that now alludes the party’s leader, Tsvangirai, who sees himself clearly as the rightful alternative to President Robert Mugabe. Furthermore, this is infused with the liberation war hero rhetoric which has galvanised Zimbabwe’s post-independence politics, the belief that we as the people owe those that liberate us from oppression all the positions and perks they desire. Midway through 2017, Zimbabwe seems cursed to endure the demands of those who claim to have freed us from colonialism, while the worst practices of this historical era remain with us by way of misrule and oppression. Given the chosen trajectory that the MDC is on, we could end up replacing the devil we know with the devil who is prone to mimic him.

Other concerns relating to the nature of the MDC, in the last few years, relate to its gender exclusionary practices. The MDC seems intent on recreating a political space in Zimbabwe that does not accommodate for women to participate at high levels within the leadership structures. In 2016, Tsvangirai appointed two more deputy presidents to his party, Nelson Chamisa and Elias Mudzuri, to serve alongside Khupe. Many have criticised this move because it gives the impression that Tsvangirai does not view Khupe as competent enough to serve alone in that position or potentially a candidate worthy of succeeding him. Given the years and efforts Khupe has dedicated to the MDC one would expect her to have been appointed as the party’s president. The failure to appoint her as the president of the MDC reveals a gender-biased leadership within Zimbabwe’s so-called opposition.

These leadership failures point to the essential truth that Tsvangirai has transgressed his best-before date. Why Tsvangirai is still president of his party will continue to remain a mystery. This is a concern that has grown increasingly, especially given Tsvangirai’s current state of health. Many have lost respect for his party with him as its president, because the MDC has slowly evolved into a version of Zanu-PF. As Zimbabweans enter the madness of the electioneering into 2018, there is still hope that a genuine opposition will emerge into the forefront and provide a credible alternative for citizens to identify and embrace as they exercise their democratic right. DM

Leslie is a post-graduate student, Department of Political Studies, University of Cape Town and intern for the Justice and Peacebuilding Programme at the Institute for Justice and Reconciliation

Photo: The Movement for Democratic Change, under the leadership of Morgan Tsvangirai, is acquiring the attributes of the same monster that it tried to confront, according to the writer. Here Tsvangirai addresses the media at his official Harare residence on 3 August 2013. Photo: Aaron Ufumeli/(EPA)