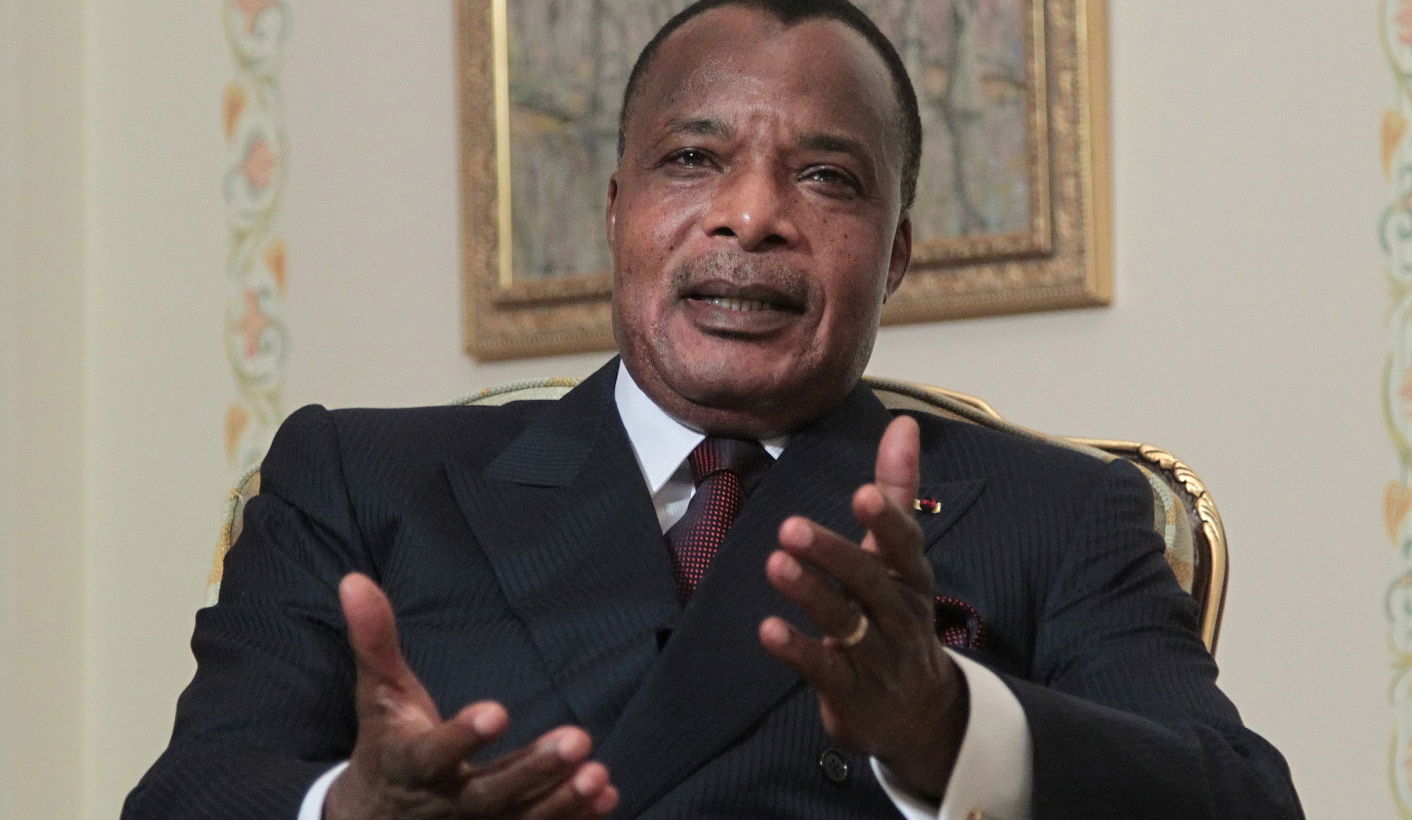 Legislative elections have tightened the ruling party’s grip on power, and worsened the Congo’s other crises. By Fonteh Akum for ISS TODAY.

The highly contested 2015 constitutional referendum in the Republic of the Congo set in motion a process of institutional reform which the government packaged as the construction of a new political future and branded as “the new republic”.

However, the driving element of this process – finding a way to allow President Denis Sassou Nguesso to run for another term despite previous constitutional term and age limits – has triggered a political crisis. The legislative elections of July 2017 confirm the socio-political fractures that emerged at the referendum and have deepened with every ensuing electoral contest.

Earlier this month, the International Monetary Fund revealed the full extent of the Congo’s hidden external debt, which has risen to 120% of GDP. This has substantiated what many have long suspected – that government estimates of the scale of the economic crisis and the size of the national debt have been significantly understated.

Clément Miérassa, head of the opposition Congolese Social Democratic Party (PSDC), noted in May that the “Congo might be a highly indebted country, but it is far from poor. More accurately it is very poorly managed”.

In his annual message on the eve of the country’s 57th Independence Day celebration last week, Sassou Nguesso called for a sense of sacrifice to confront the country’s economic and financial crisis. Without taking responsibility for steering the country into its current economic headwinds, he warned that no amount of social contestation would lead to a rebound in crude oil prices.

Meanwhile arrears for students’ stipends for the fourth trimester of 2016 were only paid in May this year. A lecturer at Université Marien Ngouabi says arrears for university lecturers and retirees are currently at three and five months respectively. Students are yet to see any stipends for 2017.

It is against this complex backdrop of interconnected crises that the first and second rounds of voting in Congo-Brazzaville’s legislative elections took place on 16 and 30 July. The results, given the low voter participation, weren’t surprising. They instead confirmed the deepening socio-political fault lines within the ruling Congolese Labour Party (PCT)-dominated north and the south of the country where the population supports numerous opposition political parties not belonging to the ruling alliance.

The ruling party hoped that the legislative elections would allow it to further consolidate its grip on power prior to the senatorial elections scheduled for 31 August. The PCT’s overwhelming victory, with 91 of the 151 seats in Parliament, while strengthening single-party control of the state, also exacerbates the interlinked political, security and economic crises.

The first round of voting in the legislative elections was partially boycotted by the opposition. Tensions were stoked by allegations of electoral irregularities resulting in localised pockets of violent protest mainly against PCT candidates and election organisers in the Western Cuvette, Sangha, Bouenza and Niari regions.

Several opposition parties chose to boycott the legislative elections, notably a platform led by former close allies of Sassou Nguesso made up of the Republican Front for the Respect of Constitutional Order and Democratic Change (FROCAD), the la Composante Jean-Marie Michel Mokoko (CJ3M) collective led by the former, currently jailed, army chief of staff, and the Initiative for Democracy in Congo (IDC). The IDC-FROCAD-CJ3M platform said the political playing field was not level.

Many opposition politicians have been arrested and incarcerated on trumped-up charges of violating state security as documented by the Congolese Human Rights Observatory.

Meanwhile an ongoing war between the Congo’s security forces and Frédéric Bintsamou’s Ninja militia in the Pool region, which reignited straight after the 2016 presidential elections, allowed voting to take place in only seven of the region’s 16 electoral districts. Also, numerous minor political parties were co-opted by the ruling PCT.

Congolese voters exhibited varying voting patterns. Brazzaville, normally the bell weather for voting vibrancy, was uncharacteristically calm on the morning of the first round of voting. The second round became violent when supporters of several independent candidates and PCT run-off candidates clashed in central electoral districts of the capital, where the political base has historically been pro-PCT.

Despite sweeping the northern districts of Brazzaville and the northern Likouala, Sangha, Cuvette and Western Cuvette regions, the degree of violent anti-PCT contestation that tainted voting in Western Cuvette and Sangha shows that all is not well in the regions the PCT considers its traditional strongholds. In Kelle and Ewo, in Western Cuvette, for example, voters stopped polling in some centres, making off with ballot boxes in protest, triggering the intervention of security forces.

The African Union election observer mission has refrained from publishing an official statement, while calling on the government to talk with the opposition and “do everything in their power to conduct elections in the Pool region”.

This glaring “no comment” from the observer mission seems to confirm what independent observers noted – operational deficiencies in Congo’s voting system, beginning with voters showing up with their cards only to find that they didn’t feature on the registers. On election day, some polls opened late and pre-authorised blank certificates for proxy voting which would allow for multiple voting surfaced in some districts.

There were reports of ballot stuffing and rolls at polling stations not reflecting voting demographics within some electoral districts. There was inadequate representation of political and civil society and an intimidating public security presence in some locations, civil society actors reported.

While these elections provide the legislature that the ruling party needs to further its political consolidation, it fails to provide the governance basis needed to bridge the Congo’s socio-political fault lines which emerged at the 2015 constitutional referendum. DM

Photo: President of the Republic of Congo, Denis Sassou-Nguesso speaks during a meeting with Russian President Vladimir Putin (not pictured) in the Novo-Ogaryovo residence outside Moscow, Russia, 13 November 2012. Photo:  EPA/MAXIM SHIPENKOV