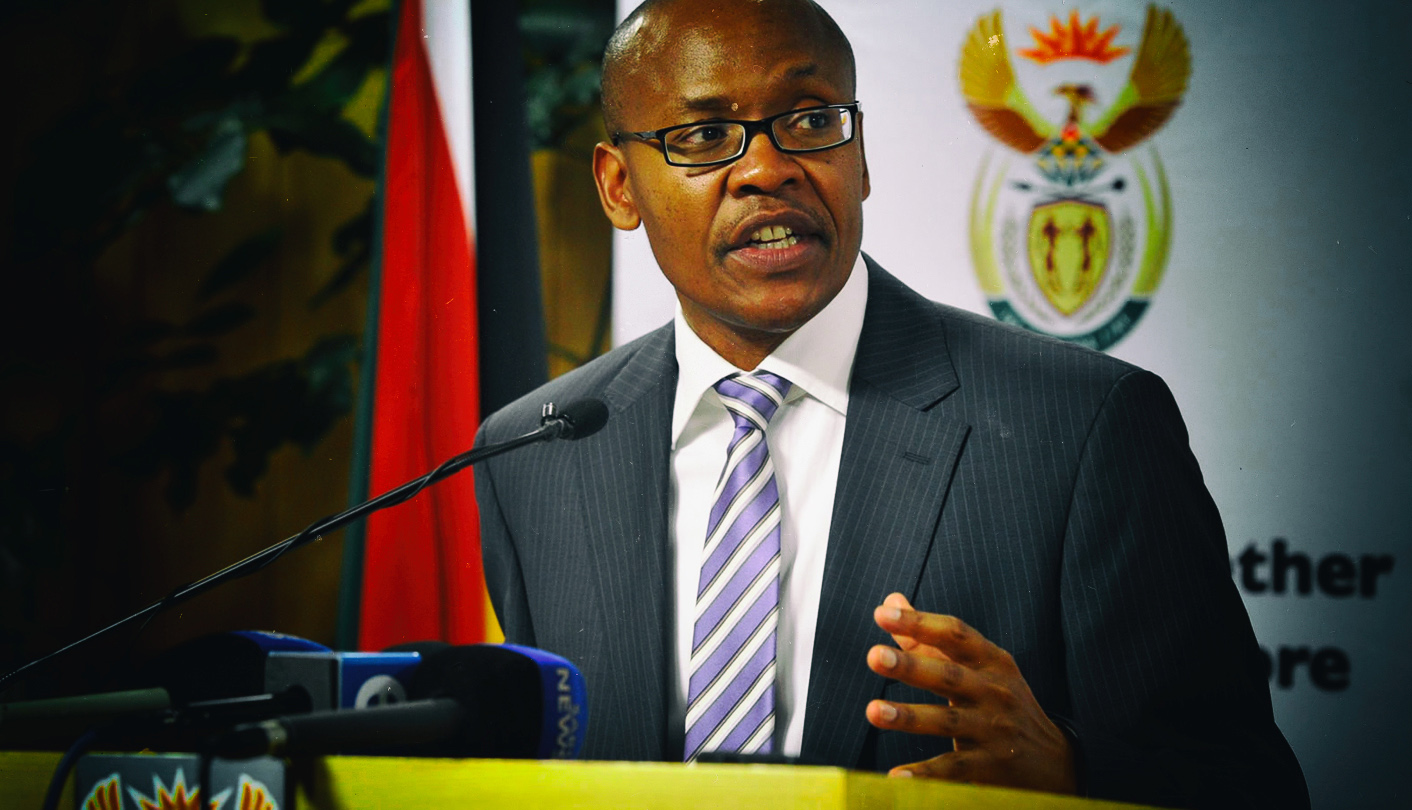 What happens when you multiply ‘fake news’ by ‘fake news’? We’re about to find out. By RICHARD POPLAK.

One of the best things about being alive right now is how we no longer approach the media for information, but for confirmation. News is basically a sugary breakfast cereal, cut with nyaope. You’re reading this site because it tickles your ideological serotonin receptors, releasing a great wash of confirmation bias through your system. We live in highly curated media spaces, encountering our own reflections in the media mirror.

The news is a big, fat selfie.

That said, there’s bias, and there’s straight up bullshit. Then there’s Mzwanele ‘Jimmy’ Manyi, who is the sort of chiseler that tends to lurk around the rotting carcasses of post-liberation political entities like the ANC. Manyi is new-school establishment ANC all the way through: he’s a Harvard senior executive programme alumnus who spent over 20 years doing the rounds of corporate South Africa. (His bio is smeared all over the #GuptaLeaks. It’s impressive.)

Indeed, what has Jimmy not done? He’s sold Toyotas, rising to general manager, and even visiting “Toyota’s vehicle manufacturing plants in Japan”, according to his government biography. He did ten years at Anglo American as “both [a] mining and exploration geology professional”, just under seven years in the banking sector, and more than three years at Tiger Brands/Adcoc as Group Executive: Corporate Affairs. He even passed the board exam as a Chartered Marketer. (I have not even bothered to Google what that means.)

Perhaps tiring of the white Brahmin in the corporate world, perhaps just looking for a pulpit from which to properly deride the Coloured population, Manyi slithered his way into government. He served as Director-General at the Department of Labour, and “an overall convenor of government in National Economic Development and Labour Council (Nedlac; he became the CEO of the Government Communication and Information System (GCIS) in February 2011; prior to that”.

Manyi was epically shite at GCIS, swaggering his way through press conferences, refusing to accept that Manyi wasn’t the message, but the message was the message (if you’ll excuse the mangling of Marshall McLuhan.) These pre-Hlaudi tendencies were in evidence long before GCIS, however. He famously claimed that Coloured folk were in “over-supply” in the Western Cape; he tried to solicit work for the Black Management Forum, of which he was president, from the Norwegian ambassador, while serving as Labour DG.

Sloppiness and a streak of lunacy had entered the Manyi mainframe. While this country can drive even the best of us crazy, Manyi is evidently not the best of us, and he drew obviously closer to the bad crowd in the Zuma/Gupta faction. In 2014, former Minister of Communications, Faith Muthambi, made him an advisor; he promptly face-planted by Tweeting encomiums to embattled fraudster COO Hlaudi Motsoeneng. But as Manyi oozed his way out of government, he oozed into Saxonwold: the #GuptaLeaks inform us that Manyi sent the First Family his CV, ID book and certifications; he was being invited to The New Age events as far back as 2011.

But Manyi really began to shine when he started parroting lines from the Bell Pottinger lyric sheet. He Tweeted rabidly about White Monopoly Capital; he began defending the family with hashtags; in August 2016, Bell Pottinger helped him start a one-man show called the Mzwanele Manyi Decolonisation Foundation. (Never a good sign when a man in his mid-fifties starts appropriating wokisms.) He was the primary proponent of a discipline I’ll call “shyster relativism”, which goes something like this: why dis the Guptas when the white-owned banks are stealing your money?

In Manyistan, it is apparently impossible to criticize the corporates he so proudly displays on his CV, and the Zupta nexus robbing the country into perdition.

But this is all preamble, because the show properly began on Monday, when Manyi’s Lodidox bought Oakbay’s shareholding in Infinity Media, which runs ANN7 News Channel, for ‘R300 million’, along with its two-thirds stake in TNA Media, the publisher of TNA, for ‘R150 million’. Manyi is no stranger to either outfit—he’s starred in both as a Gupta fanboy for five years.

He liked ‘em so much that he bought the companies.

In his capacity as a leader of the Black Business Council (from which he was reportedly forced to resign), and through his own Progressive Professionals Forum, Manyi has been a cheerleader for black business ownership, which is perhaps the only coherent element of his soapboxing. But this purchase is hardly a banner example of a deal that will inspire future entrepreneurs through glowing MBA case studies.

In fact, it’s a daylight banking scam that has less to do with Manyi the Media Mogul than it does ensuring the Zuma propaganda arms can keep ticking over while the Guptas are unbanked by every last financial institution on the planet. Manyi has “bought” the companies through “vendor financing”, which is a fancy way of saying that the seller has lent the buyer the money. If that doesn’t reek enough, this is the first deal Lodidox has ever undertaken, and neither Infinity nor TNA are worth anything in the region of R450 million.

Basically, Manyi hasn’t bought anything. It’s a flip-job, due to the fact that the Guptas are too sleazy even for the sleaziest bankers.

Hilariously, Gupta mouthpieces conflated the 7,500 jobs they claim that Oakbay has created with the employees at ANN7 and TNA, insisting that Manyi would save them all. AfricaCheck has already established that Oakbay employs nowhere close to 7500 South Africans, and if ANN7 and The New Age combined have 300 on the payroll, that’ll be a stretch.

Even more hilariously, TNA’s previous hack-in-chief, Moegsien Williams, claimed that due to the unrelenting pressure placed on the Guptas in recent months, it had become “increasingly difficult to attract advertising”.

These people live on the Moon.

And so now Manyi gets his own Breitbart, a media empire that pimps for a bad, bad crew. He’ll find it a tough slog. It’s easy bullshitting on Twitter. It’s harder doing it for a living, paying hundreds of salaries every month. But Manyi won’t have to worry about earthbound economics. If the Zuma faction wins the ANC electoral conference in December, he’ll be a czar with his own vast landscape to command. And Mzwanele Manyi’s truth will be the only one that counts. DM