Rhino horns online auction: A solution to some, a disaster to many 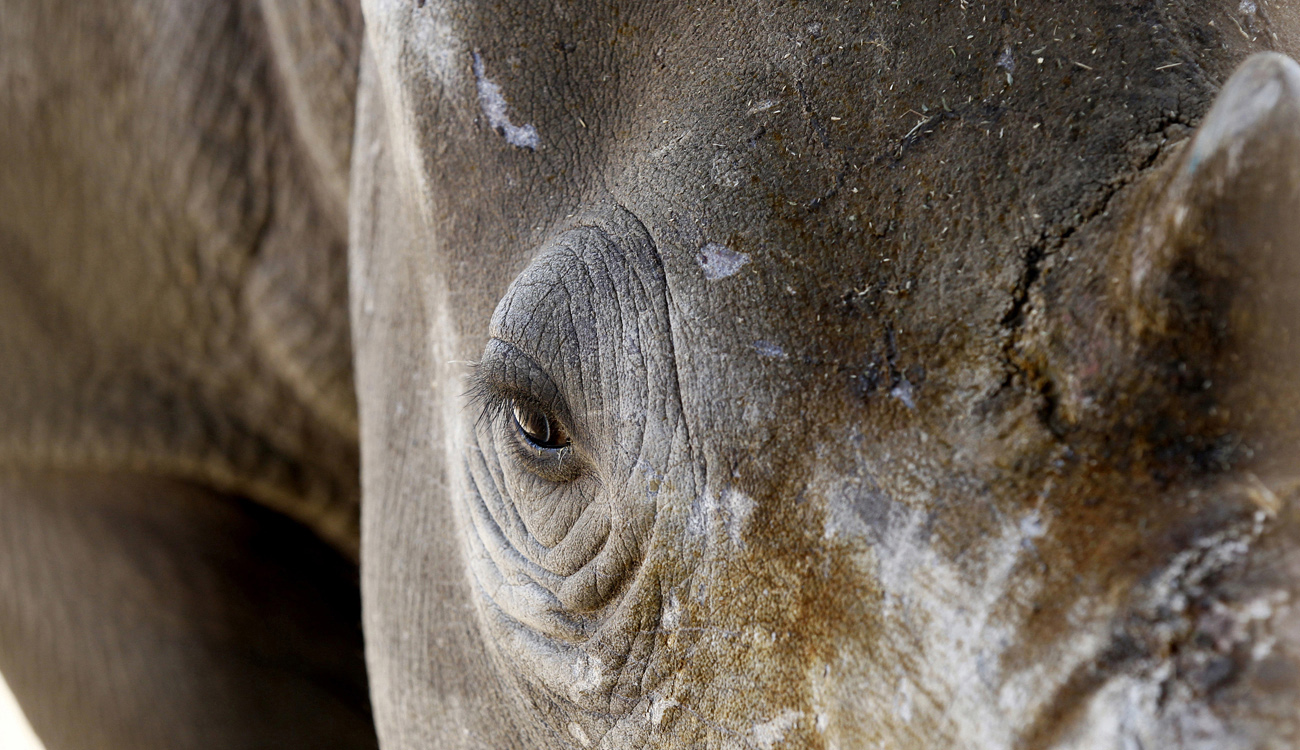 On Wednesday, 500 kilograms of rhino horn will be available to buy in an online auction. Owners see it as a step towards legalising international trade that could save the species, which is under threat from poachers. Conservation groups claim that neither South Africa nor the world is ready to remove the ban on trading. By GREG NICOLSON.

John Hume owns the largest private collection of rhinos in the world and wants to sell their horns. The Klerksdorp breeder has been trying for years to overturn a 40-year-old international ban on the sale of rhino horn and an eight-year-old moratorium on sales in South Africa. His dream is that by legalising trade, poachers and the black market will be undercut and rhinos will be saved from extinction (while breeders like him can turn a profit).

On Monday, he took a step closer to realising that dream. Environmental Affairs Minister Edna Molewa signed his permit to sell more than 500 kilograms of rhino horn in an online auction, which will see first legal trade of rhino horn since the government imposed a moratorium on domestic sales in 2009.

Rhino owners and some commentators believe in Hume’s ambitions, claiming that legalising trade is the only way to save the species. At least 529 rhinos were poached in the first six months of 2017. Critics say few details are known about Hume’s online auction and the country lacks the ability to ensure his horns aren’t smuggled out of the country and sold on the black market in China and Vietnam.

In a statement on Monday, Molewa’s department said the domestic sale of rhino horn was ruled legal after a Constitutional Court judgment in April, but Hume’s permit came with strict conditions. Buyers need permits. They cannot send horns outside of the country. And the department of environmental affairs must have access to the online auction system to ensure buyers comply with the regulations.

Which buyers can get a permit and how the auction will take place remains a mystery. An official from Van’s Auctioneers, which will lead the auction process, on Monday did not want to give her name, but she said the sale will go ahead on Wednesday after it was postponed on Monday due to the late delivery of Hume’s sales permit.

She said that due to “security reasons” she couldn’t divulge in what quantity the units would be sold. She said registered bidders can view items for sale through the website www.rhinohornauction.com. Registering as a bidder requires a R100,000 deposit, refundable for those whose bids aren’t successful. The horns don’t have a listed price and will go to the highest bidder.

According to the auction website, bidders can apply for permits by providing a copy of their ID and proof of residence, or a passport for foreigners and proof of residence in South Africa. Companies need to provide registration forms. Molewa’s spokesperson Moses Rannditsheni said he didn’t have the specific criteria immediately available for who can attain a buyer’s permit, but, he said, “By and large, the buyers should be South African citizens.”

Pelham Jones, chairperson of the Private Rhinos Owners’ Association, however, said buyers did not have to be citizens or reside in South Africa, but could not take horns out of the country.

“In the short term, no, it won’t stop the poaching,” said Jones, whose organisation is an ardent advocate for legalising trade. South Africa is said to hold 80% of the world’s rhino population, but poachers, who are well-trained and resourced, are driven by demand in countries like Vietnam and China, where ground rhino horn is falsely believed to offer medical benefits and act as an aphrodisiac. As the horns sold in Hume’s auction aren’t legally allowed to leave South Africa, they won’t quell demand in Asia.

“We’ve got 30 tonnes of the bloody stuff,” said Jones, arguing for legalising trade. He said this week’s auction was part of a campaign to show the world that an efficient sales process, without corruption, can regulate the rhino horn trade and avoid brutal rhino killings. He said owners are establishing a centralised selling organisation to ensure responsible trade and after it’s set up in South Africa they would help other southern African countries to do the same. While subject to heavy debate, international trade of rhino horn has been banned since 1977.

Draft regulations from the department of environmental affairs propose rules on domestic horn sales and export for “personal purposes”. Rannditsheni said the minister is on record as supporting regulated and responsible trade as long as buyers and sellers meet strict conditions.

“It’s hard to understand why anyone would buy rhino horn within South Africa when there are limited numbers of local consumers and it’s still illegal to export rhino horn internationally, meaning markets in Asia cannot be accessed,” said Dr Jo Shaw, rhino programme manager for Worldwide Fund for Nature (WWF) South Africa. The organisation said the department should have introduced a legally sound moratorium after the 2009 one was found illegal by the courts.

WWF said opening the local market was illogical while international trade remains banned and law enforcement agencies do not have the capacity to monitor the legal market while fighting illegal poaching. It said breeders sold horns from white rhinos and the auction’s proceeds were unlikely to support conserving the critically endangered black rhino.

“The EWT is very concerned that the legal trade in rhino horn will lead to laundering of illegal rhino horn into legal domestic trade, and that rhino horn (sourced both legally and illegally) will find its way into the illegal international market, tarnish South Africa’s international conservation reputation and potentially drive rhino populations to extinction in neighbouring countries and other range states; increase existing challenges in compliance and enforcement and nurture corruption, and increase consumer demand, leading to an upsurge in rhino poaching to satisfy a demand that cannot be met.”

Rannditsheni said there were sufficient protocols in place to ensure Hume’s horns would not be smuggled out of the country. Jones admitted there might be attempts to smuggle the horns onto the international market, but the same could be said about multiple industries. He dismissed the animal rights activists that fight against opening trade. “It’s rubbish. Most of those organisations are racketeers,” he claimed.

Hackers took down Hume’s auction website, but it’s since been put back online. Despite the concern over the sale, the site continues to count down until Wednesday’s auction. With their pilot sale, Hume and other rhino breeders are one step closer to realising their dream. There’s sufficient criticism to doubt whether opening trade will save rhinos, but the farmers could make a tidy profit on their breeding and security investments. DM

Photo: A White Rhino awaits buyers in a pen at the annual auction in the Hluhluwe-Imfolozi national park, September 18, 2010. REUTERS/Mike Hutchings