ISS Today: Can the Zambian intervention resuscitate the Commonwealth? 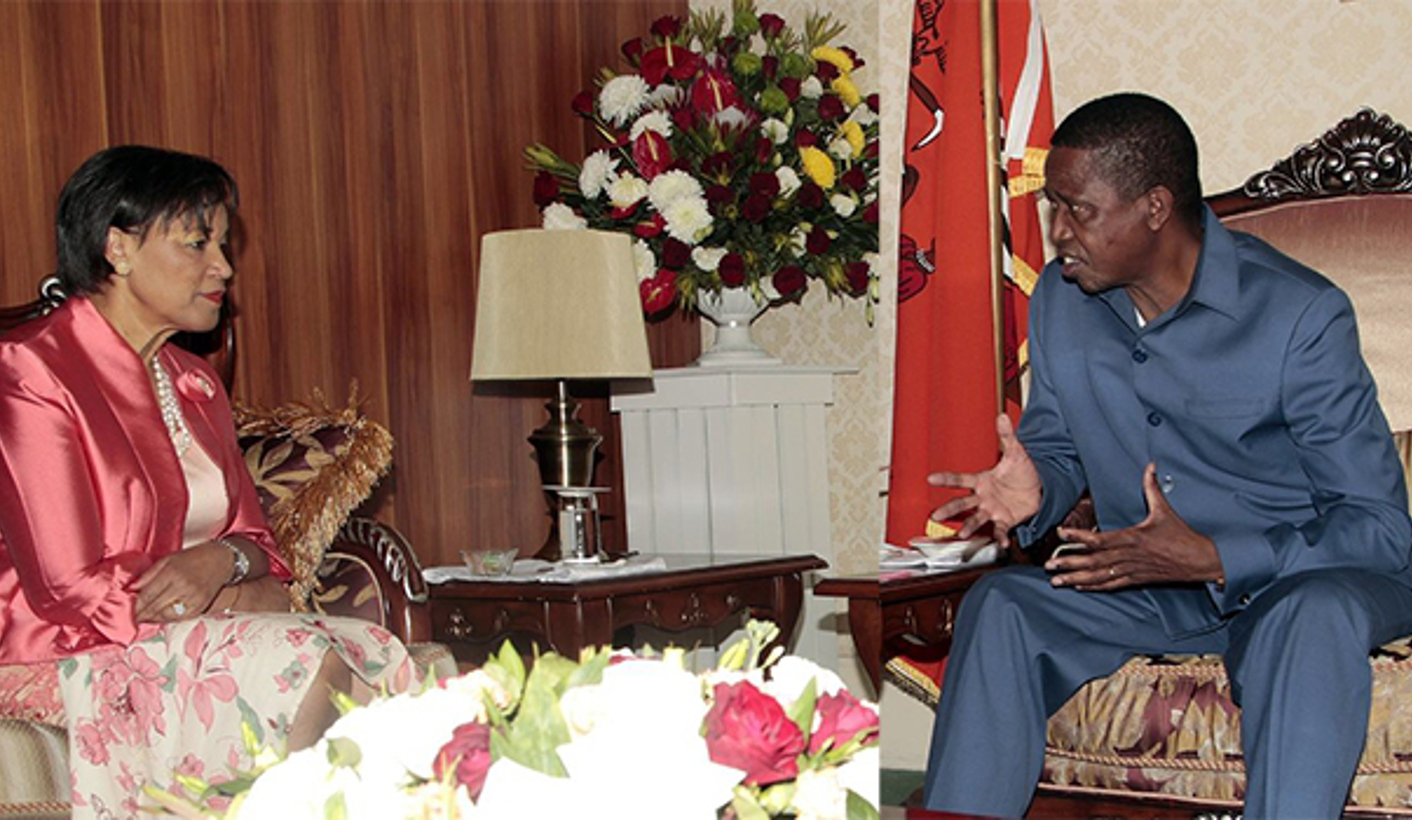 If used effectively, the Commonwealth has the potential to be more than just colonial window dressing. By Simon Allison for ISS TODAY.

In the dying days of the British Empire, as Whitehall mandarins grasped for new ways to maintain their global influence, the Commonwealth of Nations came into being. The institution is designed to link all of Britain’s former colonial territories into one intergovernmental organisation; and, in true imperial style, its titular head – from its modern inception in 1949 – is none other than Queen Elizabeth ll.

“The Commonwealth bears no resemblance to the empires of the past. It is an entirely new conception built on the highest qualities of the spirit of man: friendship, loyalty, and the desire for freedom and peace,” the queen gushed in a speech in 1956.

Today the Commonwealth boasts 52 member states representing some 2.4-billion people. But its lofty profile has rarely been matched by its effectiveness. It regularly sends election observer missions to monitor votes in member states, and has previously played a role in international mediation efforts, including in South Africa at the end of apartheid. However the organisation is today more famous for the Commonwealth Games – a kind of Olympic Games-lite that takes place every four years – than it is for any substantive political or economic accomplishments.

As The Independent’s Africa correspondent Daniel Howden wrote in 2009: “Some see the Commonwealth as a peculiarly British consolation prize for the loss of Empire, that bolsters the UK’s sense of importance while doing almost nothing else. A collection of not very important states brought together by the unhappy accident of having been colonised by the English.

“It talks in high ideals but trades in a much more compromised reality, offering abusive regimes a fig-leaf of legitimacy and a platform that they would otherwise have to look for at the more crowded but equally grubby UN. Considering that it confers no trade privileges, has no influence on defence or economic policy, no executive authority and no sensible budget to play a global role it remains a talking shop at best and at worst a costly junket.”

The organisation risked fading into irrelevance until another seismic political shift forced a new generation of Whitehall mandarins to examine their options: Brexit. Suddenly the UK needed new allies and new trading partners, and the Commonwealth was designated as the primary avenue for both.

Some commentators, derisively, have termed this as the beginning of “Empire 2.0”. UK International Trade Secretary Liam Fox has a different take, as he explained in a speech at the first-ever Commonwealth trade ministers’ meeting in March 2017. “While our diversities might make a single trading model difficult, if we work together to communicate the benefits of free trade, while addressing the challenges of globalisation, then we have the opportunity to build a global economy that works for everyone. This Commonwealth of Nations has the opportunity to lead the defence of free trade, working together to shape new policies and approaches, showing the world a route to prosperity that lies through partnership, not protectionism,” he said.

Fine words, but they are already being drowned out by a host of practical difficulties. For example, earlier this month, Australia, Canada, India and New Zealand expressed their unhappiness with British proposals that would continue to give European citizens preferential access to live and work in the UK in a post-Brexit arrangement. This may jeopardise future trade deals, the four Commonwealth countries indicated.

But a push for more political relevance has so far proved more successful for the Commonwealth, with a timely intervention in Zambia helping to secure the release of opposition leader Hakainde Hichilema from prison.

Hichilema, the head of the United Party for National Development, was arrested in April. He was charged with treason, in connection with a bizarre incident in which his convoy allegedly failed to give way to President Edgar Lungu’s motorcade en route to a traditional ceremony. Many commentators dismissed the charges as spurious, but HH, as he is popularly known, languished behind bars while waiting for his trial to commence.

Enter Patricia Scotland, secretary-general of the Commonwealth. She arrived in Zambia in early August and met with both Hichilema and President Lungu. From Lungu, she secured an agreement to drop the charges against his opponent; from HH, she received an undertaking to participate in a political dialogue designed to ease tensions between the opposition and the government.

The deal stuck. HH was released on Wednesday after the prosecution entered a nolle prosequi – a decision not to pursue charges. He returned to his Lusaka home amid jubilant celebrations from supporters.

In a statement, Scotland said: “This is an opportunity for Zambians and their leaders to show the world that the Republic of Zambia still remains a symbol of peace and a beacon of stability, unity and political tolerance in Africa and the Commonwealth.” She has appointed Ibrahim Gambari, the former Nigerian diplomat and head of the United Nations peacekeeping mission in Darfur, as her envoy to lead the political dialogue.

In taking decisive action in Zambia, the Commonwealth showed that it is capable of making a difference where other international organisations – such as, in this case, the African Union and the Southern African Development Community – have failed. In so doing, it has proved that despite its historic shortcomings, if used effectively the Commonwealth does have the potential to be more than just colonial window dressing.

There is still much work to be done, however – both in Zambia, and for the Commonwealth more generally. Will history look back at this moment as the last gasps of a moribund organisation in search of relevance, or the beginning of the Commonwealth’s resuscitation? DM