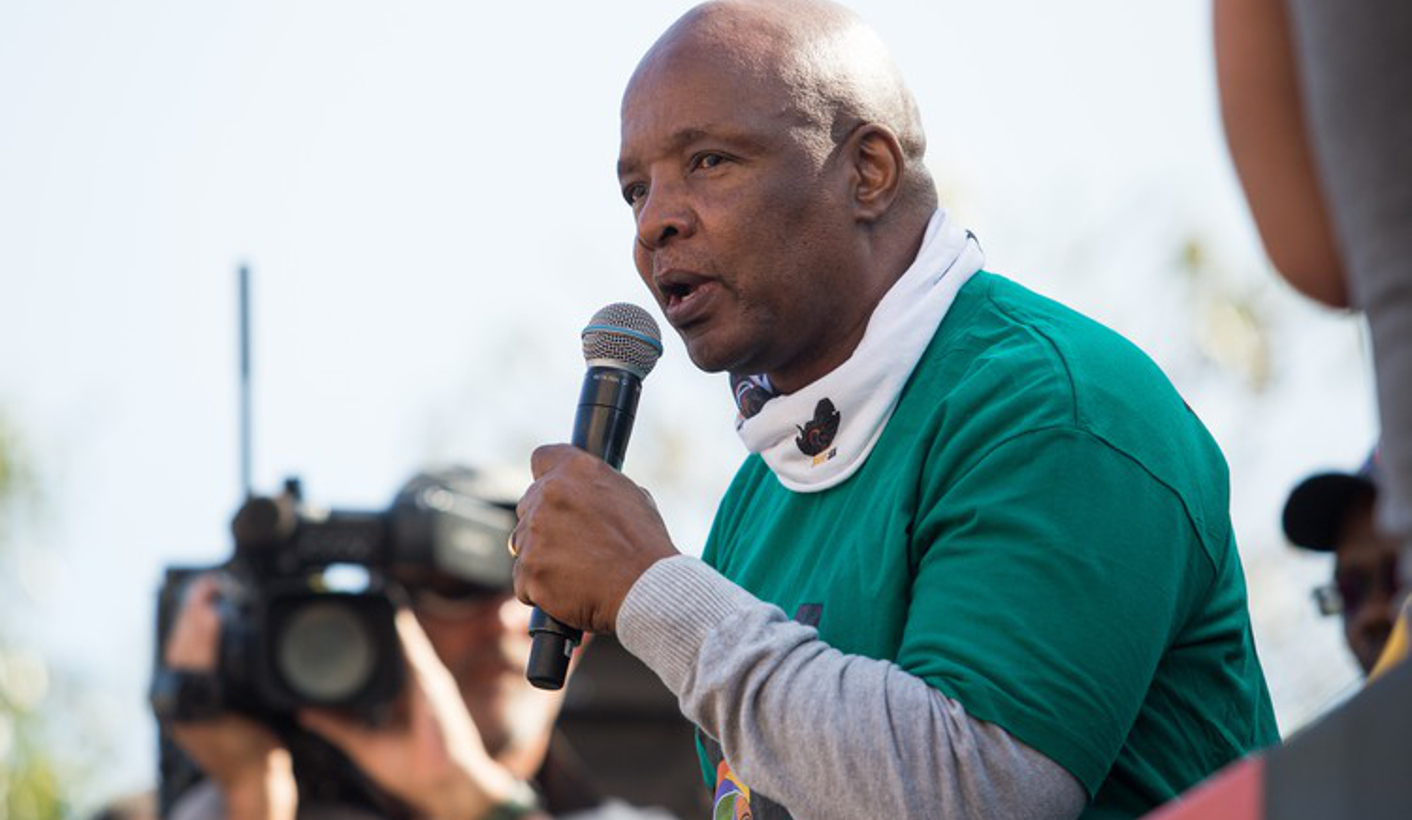 Leading activists have queried the involvement of two office-bearers of Save South Africa (SaveSA) and the Council for the Advancement of the South African Constitution (Casac) in a political risk analysis company, one of whose founders is a former CEO of Lonmin. By Ashleigh Furlong for GROUNDUP.

In April this year, seven civil society activists sent a hard-hitting letter to Sipho Pityana, the convener of SaveSA and the chairperson of Casac, about the activities of Lawson Naidoo, who is executive secretary of Casac and who was then on the steering committee of Save SA, and Richard Calland, a UCT professor who is a member of the Casac Executive Committee. Both are founding partners in a risk analysis company called The Paternoster Group. The third founding partner was Ian Farmer, CEO of Lonmin at the time of the Marikana massacre.

The letter writers raised concerns about the foreign corporations that The Paternoster Group works with, about the use by Naidoo and Calland of their position in civil society to promote their business venture, about their sources of income, and about the link to Marikana.

The activists said that while they appreciated the “mission, bravery and work of both Casac and SaveSA, including the important efforts of Lawson Naidoo and Richard Calland”, they felt they needed to raise these concerns in regard to “protecting the credibility of SaveSA and Casac”.

GroundUp has copies of both the initial letter and Pityana’s response as convener of SaveSA.

In that response written in May, Pityana said that SaveSA had decided to cut its link to Casac, while Casac ran its own internal processes. “In respect of Lawson Naidoo who declined to subject himself to a SaveSA process, we resolved to terminate his association with the campaign with effect from 5 May 2017.”

Naidoo told GroundUp that because he is employed by Casac and not SaveSA, a “SaveSA process” was not “appropriate”. “Instead, I withdrew from my SaveSA leadership role, whilst a process of mediation was instituted within Casac, which is now close to resolution,” he said.

Naidoo said Farmer was no longer a director of  The Paternoster Group and had “stepped aside from its work”.

The signatories to the letter said that though both Casac and SaveSA promoted themselves as prominently anti-corruption, The Paternoster Group had relationships with large foreign corporations whose integrity had been called into question, including Citibank, Bank of America and Merrill Lynch.

“Citibank was fined $140-million in 2015 for violations of money laundering laws related to its work with an energy company involved in a bribery scandal with the Mexican government.”

“In 2008 the US government bailed Bank of America out in the amount of $45-billion. A 2012 report in Rolling Stone Magazine described Bank of America as ‘the very definition of an unaccountable corporate villain’,” they go on to say.

Merrill Lynch had admitted wrongdoing and paid a fine of $415-million to settle charges relating to misuse of customers’ cash to create profits.

The signatories to the letter said through the participation in the structures of Casac and SaveSA, Naidoo and Calland were probably “privy to a wealth of information, some of it sensitive or confidential, as well as the considered opinions of some of the country’s foremost academics, lawyers, religious leaders, business people and activists”.

They questioned the use of this information for the risk analysis and other services offered by Paternoster. “The extent of the overlap seems to some extent improper,” stated the letter.

In response to these allegations, Naidoo told GroundUp: “It has been accepted that I did not misuse my position in either Casac or SaveSA for undue purposes. In one video on the Paternoster site I was wearing a SaveSA T-shirt, because I had been attending a march immediately before the video was shot on a day of high political drama following the midnight Cabinet reshuffle. Because I recognised that this could be confusing, the video podcast has been removed from the Paternoster site.”

The signatories to the letter said they were concerned about Naidoo and Calland receiving an income from The Paternoster Group.

“It appears that the clients of Paternoster are supplementing the income of Calland and Naidoo, in part owing to their connection to Casac and/or SaveSA.”

Naidoo told GroundUp that his position at Casac was not full time and “it is fully accepted by all concerned that I am entitled to pursue other outside interests, including The Paternoster Group consultancy”.

When GroundUp contacted Casac for comment, Pityana responded in his position as chairperson. “The Executive Committee of Casac has received complaints of a possible conflict of interest involving its Executive Secretary, Lawson Naidoo, and Executive Committee member Richard Calland.

“As an organisation committed to integrity, transparency and accountability, Casac views these complaints in a serious light and is in the process of dealing with them thoroughly and professionally. We have kept the complainants informed and we will communicate publicly when this is appropriate,” said Pityana.

The signatories said the connection with Farmer, the CEO of Lonmin at the time of the massacre, was “potentially explosive”.

“That Calland and Naidoo are business partners of Farmer, a person who can be painted as carrying some indirect responsibility for the massacre, is potentially explosive. It is our understanding that SaveSA and Casac regard private sector accountability as just as important as public sector accountability. The opposite interpretation might be made by some upon learning that prominent Casac and/or SaveSA leaders are business partners with the person who was CEO of Lonmin at the time of the Marikana Massacre,” they said.

The examples given include:

“It should not be forgotten that at the crucial time, Lonmin’s CEO was absent, having been hospitalised with a chronic illness. It is hard to imagine even the most capable and well-prepared employer from coping well with such a spontaneous, dynamic and inherently difficult context. As noted below, the company was cruelly exposed by the lack of adequate intelligence gathering and proper police cover.”

“To a large extent Lonmin was left exposed by the SA Police Service, at least until it was too late and the die was cast.”

“The responsibility for social and community development cannot just be left at the door of mining companies; government at national, provincial and local levels have constitutionally embedded responsibilities to provide such services.”

In response to these concerns, Naidoo told GroundUp that, “Paternoster’s report on the implications of the Commission’s report for doing business in South Africa is a perfectly robust, decent, objective analysis.”

Calland told GroundUp: “I stand by Paternoster’s analysis of the Marikana Commission of Inquiry and its implications for doing business in South Africa, which was carefully researched and written. I know of few, if any, comparable, comprehensive assessments of the Inquiry’s report.” DM

Photo: Save South Africa chairperson Sipho Pityana says the organisation has cut its link to the Council for the Advancement of the South African Constitution following a letter from concerned activists. Photo: Ashraf Hendricks