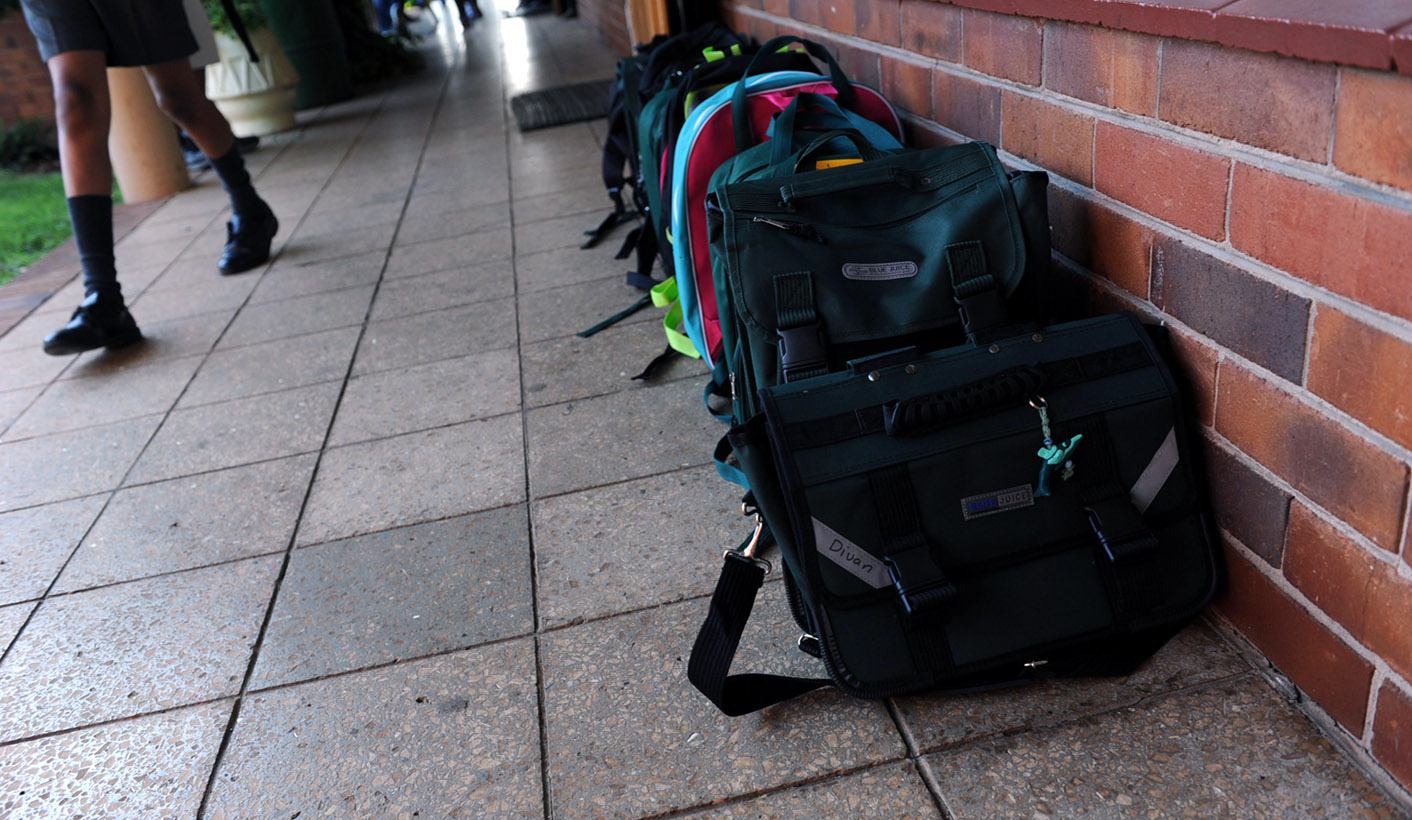 If Gauteng Education MEC Panyaza Lesufi has his way, pupils would be tested for drug use before they are admitted to high school. Lesufi raised the proposal this week amid heightened drug-related and violent incidents that plague South Africa’s schools. By BHEKI C SIMELANE.

Early this year Gauteng Education MEC Panyaza Lesufi described the drug situation in the country’s schools as a “crisis”. The MEC noted then that in the previous year, 2016, the axe had fallen on 17 learners who were found in possession of various drugs. “We are worse hit,” Lesufi said then.

Lesufi was particularly concerned about the safety of teachers as drug use by pupils also threatened their safety. Teachers in one of the most affected schools in Lenasia expressed their fear in particular after the lunch break because many pupils returned for the afternoon classes high on drugs.

While drug use in schools threatens the safety of both teachers and learners, the department also noted that addicted pupils damage and steal school infrastructure in order to feed their habit. And, the department has apparently missed the opportunity to nip the drug scourge in the bud.

When asked on Monday if teachers would also be subjected to the tests should the MEC’s proposal see the light of day, the department said their focus was currently on pupils. The department further said that its proposal would be focusing on Gauteng, but will obviously have another eye on exploring a national approach.

Gauteng Provincial Education Spokesperson Oupa Bodibe described the drug usage surge in the country’s schools as “abnormal”. Asked if the drug test policy would be compulsory, Bodibe said the MEC was still applying his mind to this and a range of other issues that might come to the fore should the policy be a reality.

One of the main problems associated with the difficulties in controlling the drug scourge in the country’s schools, and identified by Lesufi earlier this year, was that pupils expelled for drug use often change schools and then continued to use drugs, possibly also dragging along more pupils into the habit. Lesufi noted Friday drug binges by pupils in places like Thembisa, Soweto, and Lenasia with the park identified as the ideal rendezvous for addicted pupils.

The South African Democratic Teachers Union (Sadtu) agrees that the country’s future is blighted by drug addiction. The teachers’ union said a problem of this magnitude requires a collective effort. “Drugs are not just a problem in schools but in society in its entirety, but we must not be emotional in our approach,” Sadtu Deputy General Secretary Nkosana Dolopi said.

Dolopi said that the problem could not be fought within the school gates alone, but needed to be dealt with in broader society as that is where the drugs originated from. To end drugs in schools, “we need to win it at society level because if we do that the drugs will not reach our schools”.

Dolopi wondered how the department was hoping to go about it all. “Who will test these learners? I hope they don’t ask teachers because teachers are already over-burdened. We tend to resolve issues emotionally.”

“The MEC will have to seriously involve the School Governing Bodies (SGBs) so that the move is feasible and owned,” Sadtu General Secretary Mugwena Maluleke said. Maluleke added that any means to rid the country’s schools of drugs should be welcomed as drugs were killing the future of the country.

The South African Human Rights Commission (SAHRC) declined to comment on possible infringement of the dignity and rights of affected pupils at this stage. “We can only be able to comment once the government engages us on the policy,” SAHRC spokesperson Gail Smith said.

Anti Drug Alliance of South Africa CEO Quintin van Kerken said children who are addicted to substances would suffer lowered concentration, and the addiction ensured that certain parts of their brain such as emotional development was stunted. Van Kerken said drugs were easily accessible to children.

“Whilst we know of children as young as 8 that have substance use disorder, we have seen an alarming trend with age of first use dropping from 14 a few years back, to 10 years old today.”

Added van Kerken. “Dealers are willing to sell drugs to anyone who has money, even if it’s a child. It’s easier for a kid in Grade 7 to get heroin than it is to get a beer.” DM