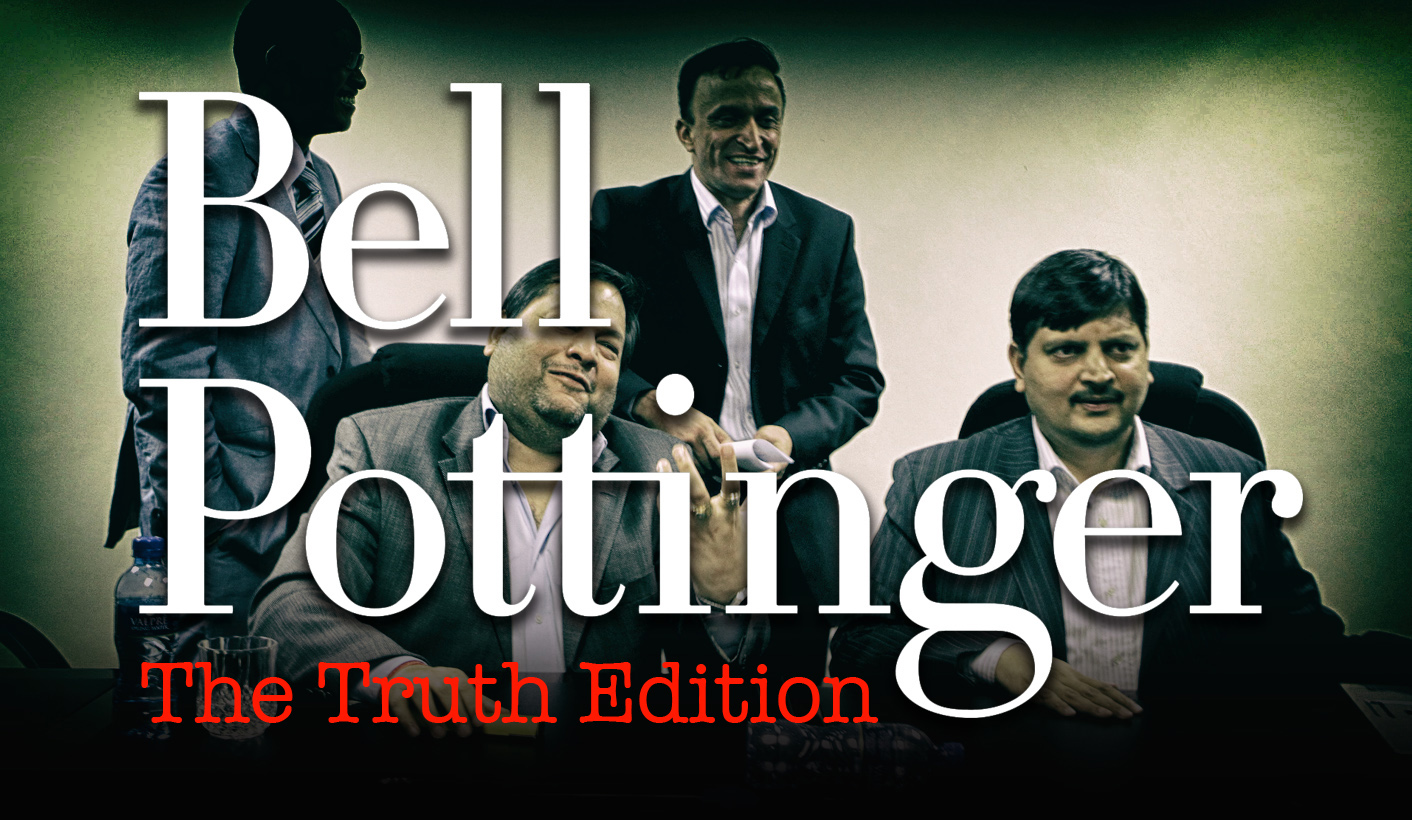 Late last week, the disciplinary hearing of UK PR firm Bell Pottinger before the British PR industry regulator took place in London. Seemingly on the insistence of Bell Pottinger, proceedings were swathed in secrecy: happening behind closed doors, at an undisclosed location. Bell Pottinger is accused of having stoked racial tensions in South Africa as a result of the PR campaign it ran on behalf of the Guptas. Even if the firm is found guilty of breaching industry standards, however, will the punishment ever match the offence? By REBECCA DAVIS.

In 2015, a number of high-profile British news outlets ran a story featuring a woman called Esme de Silva who was the victim of a humiliating medical condition. De Silva was reported to suffer from “hyperhidrosis” – excessive sweating – to such a degree that she was forced to take six months off work.

De Silva had tried everything to combat the problem, the reports ran, but only one thing had worked for her: Obadan, an antiperspirant applied overnight to combat excessive sweating. The story ended happily. Having finally brought her problem under control through the use of Obadan, De Silva had begun a new freelance career and was happily engaged.

Just one problem: De Silva did not exist. The photographs used alongside the story were those of PR agent Leandra Cardozo. Cardozo was a senior account executive at a PR firm called Fuel, which had been appointed by Obadan to raise the profile of its product.

“SweatyGate”, as it was dubbed, left PR firm Fuel facing a disciplinary hearing from the body responsible for regulating public relations and communications work in Europe: the Public Relations & Communications Association (PRCA). After a disciplinary hearing, Fuel PR was found guilty of breaching the PRCA’s Professional Charter and Codes of Conduct. It was expelled from the body and its managing director stripped of her PRCA fellowship.

This is the fate that British PR firm Bell Pottinger now faces, following the complaint brought to the PRCA by the Democratic Alliance. If Bell Pottinger were to be expelled from the PRCA, it would only be the second such instance in over a decade – with Fuel PR being the first.

What exactly went down there is currently a matter of speculation. Speaking to Daily Maverick on Monday, Van Damme said:

“The hearing was closed, and we agreed not to disclose what happened during the hearing, including making our submissions public.”

From a statement released by the PRCA in advance of the hearing, however, we know that both the DA and Bell Pottinger submitted written evidence to the committee and provided further oral evidence at the hearing.

The DA described its submission as a “solid case”, which detailed “how [Bell Pottinger] sought to exploit the already fragmented race relations in our country. This, to benefit the Guptas and the Zumas, in their quest to completely loot and plunder our public coffers”.

A statement released by Bell Pottinger in early June provides some clues as to what the PR firm is likely to have argued in mitigation: notably, that senior management was “misled” about how the Guptas’ account was being handled and took action against four employees when their divisive strategies were brought to light.

Contradicting this assertion is the claim of Bell Pottinger co-founder Tim Bell that he repeatedly warned Bell Pottinger management that the account was “smelly”, and was ignored.

The PCRA’s Professional Charter states that its members “have a positive duty at all times to respect the truth and shall not disseminate false or misleading information knowingly or recklessly, and to use proper care to avoid doing so inadvertently”. It further stipulates that PR activities must be conducted “without causing offence on the grounds of gender, race, religion, disability or any other form of discrimination or unacceptable reference”.

Many in South Africa would argue that Bell Pottinger breached both clauses in its handling of the Oakbay account.

The PRCA’s Matt Cartmell explained to Daily Maverick that there are three potential outcomes to Bell Pottinger’s disciplinary hearing:

The first is that the DA’s complaint is not upheld, in which case nothing further happens to Bell Pottinger and the decision will be published by 24 August.

The second possibility is that the DA’s complaint is upheld, and the firm receives a “low-level sanction in which they would retain membership but receive a written reprimand”, Cartmell says.

The third possible outcome is that Bell Pottinger’s PRCA membership is terminated or suspended.

In this case, says Cartmell, “Bell Pottinger would face the most serious penalty a firm can face, of significant reputational damage. In addition, it would no longer claim to be part of the largest PR and communications membership association in Europe.”

Though such a sanction would formalise matters, there is little doubt that Bell Pottinger has already suffered serious reputational damage. Among the clients which have already ditched the PR firm are Investec, SA Tourism and Johann Rupert’s luxury goods company Richemont.

While waiting for the outcome of the disciplinary hearing, the DA expressed confidence in the process:

“We have no reason not to trust the PRCA: they have thus far been professional, and treated us fairly and with respect,” Van Damme told Daily Maverick.

This is, however, not the first time that Bell Pottinger has been summoned before the PRCA. In 2011 the firm’s directors were caught on camera boasting about its representation of regimes with poor human rights records and the methods it uses to bury negative coverage of its clients, including creating fake blogs to manipulate Google search results and editing Wikipedia entries.

On that occasion, a PRCA investigation cleared Bell Pottinger of breaching its professional code.

Even if things end differently this time around, the worst-case scenario for Bell Pottinger is relatively mild. While being stripped of PRCA membership would cause Bell Pottinger further reputational embarrassment, it would not directly hamper its ability to continue its business.

For evidence of that, just Google the only company in recent history to have the book thrown at it by the PRCA – Fuel PR, the firm at the heart of SweatyGate. Its website boasts an ongoing stream of awards and clients. One of its most recent blog posts reveals that the firm is still extolling the benefits of Obadan antiperspirant – though this time around, without a fake story to accompany it. DM